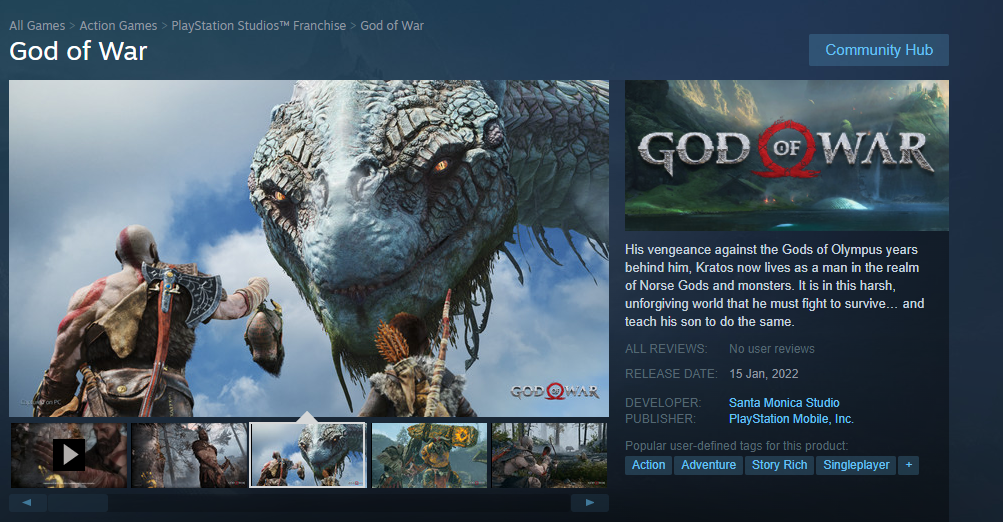 First released exclusively on PS4 in 2018, God of War 4 (also known as the new God of War), produced by Sony's Santa Monica Studio, is a third-person action role-playing game set in mythology that won TGA, IGN, D.I.C.E., and GDC Game of the Year that year or the following year.
X

God of War 4 will bring a number of adaptations to the PC platform.

old game
You must log in or register to reply here.

S
Top 10 PS4 games if not played, I would regret deeply

May 10, 2020
Stephenn
S
A
Free games for PlayStation Plus members