seems like these small companies are upping the game! 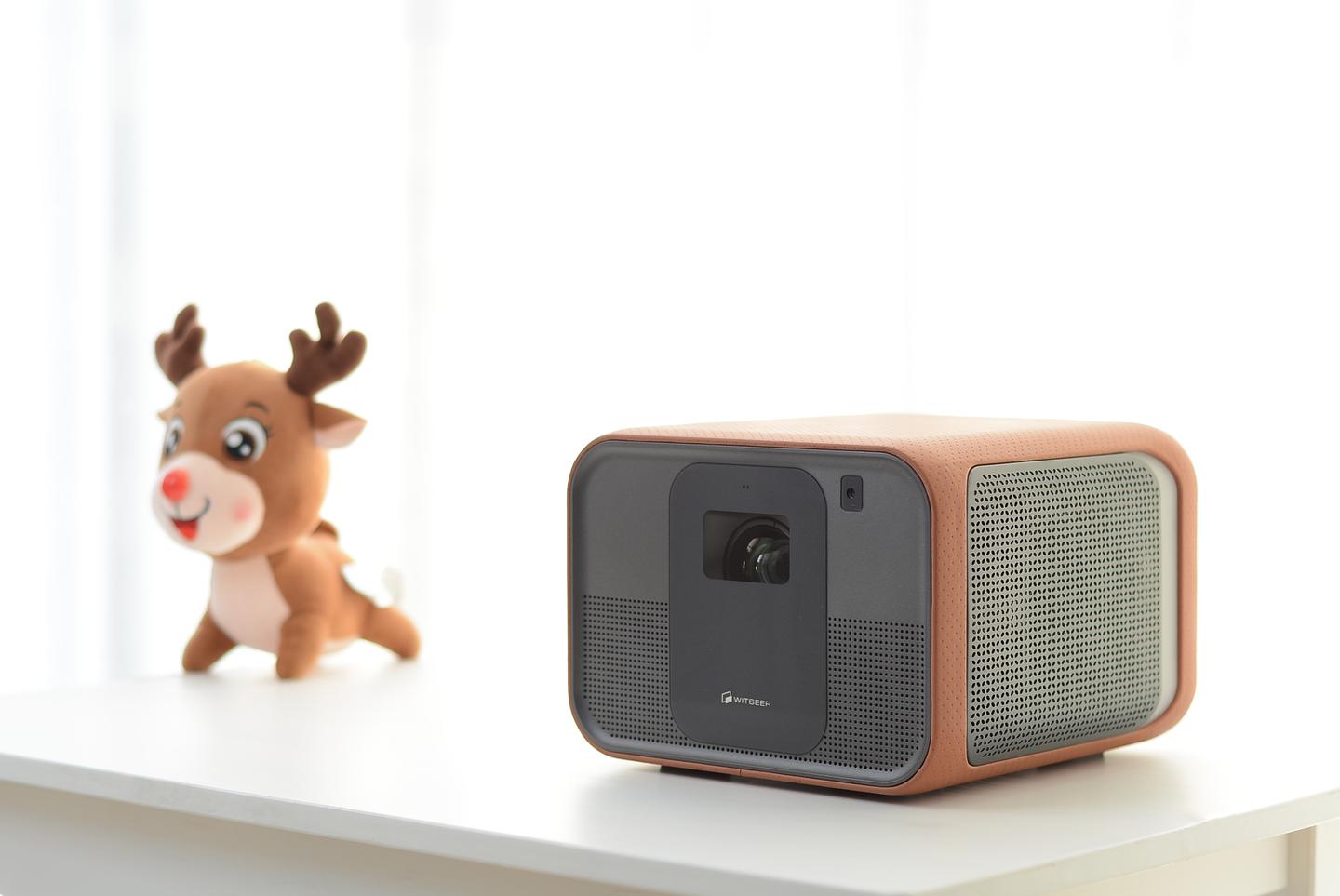 A few thousand yuan projection can have the experience of tens of thousands of laser TV, Huishi J1 Pro evaluation

[Review·Original] If anyone has a laser TV at home, it should be a rich family, because it can't come down without 10,000 yuan, and the expensive one even requires two "Dabuliu". I believe that there are many people who can't afford or can't bear so much money to buy a laser TV. So how to use less money to experience the laser TV of rich people? Let's take a look at this smart projector in my home! It's called Huixi J1 Pro. 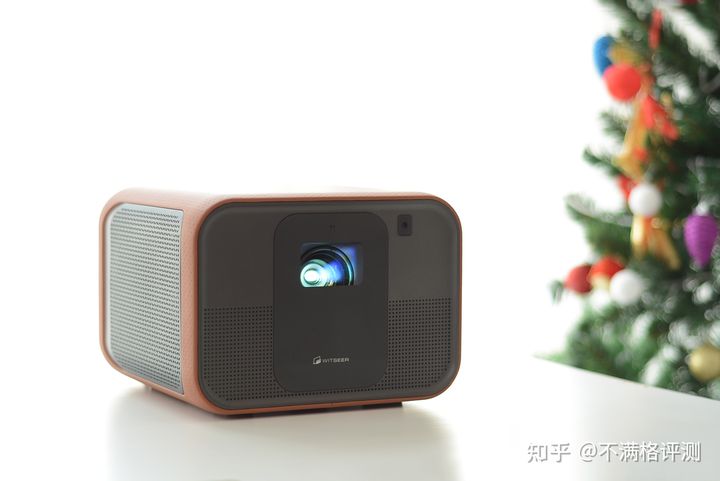 ●At first glance, it is a "high-end product"
Let's get acquainted first! The picture below is the Huishi J1 Pro. The design of this thing is relatively atmospheric, and it is about to be exhaled: 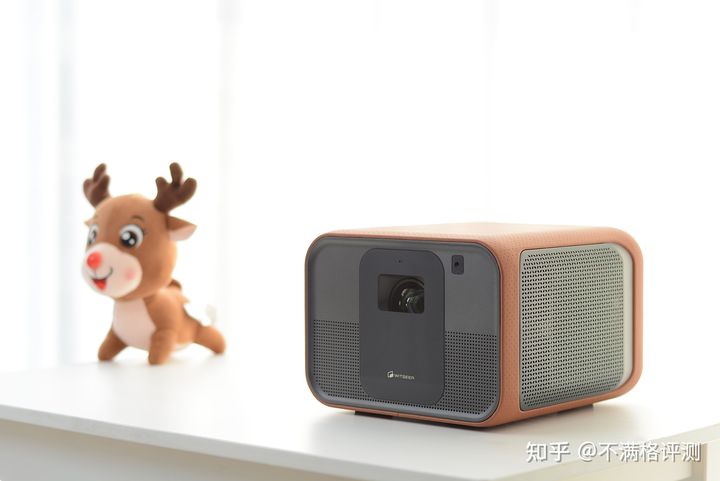 The outer shell is wrapped with a large area of leather, just like the interior of a luxury car, and there are dense simulated holes on it, and the grade is within reach. In short, it is different from other projectors, and it looks like a "high-end product" at first glance. 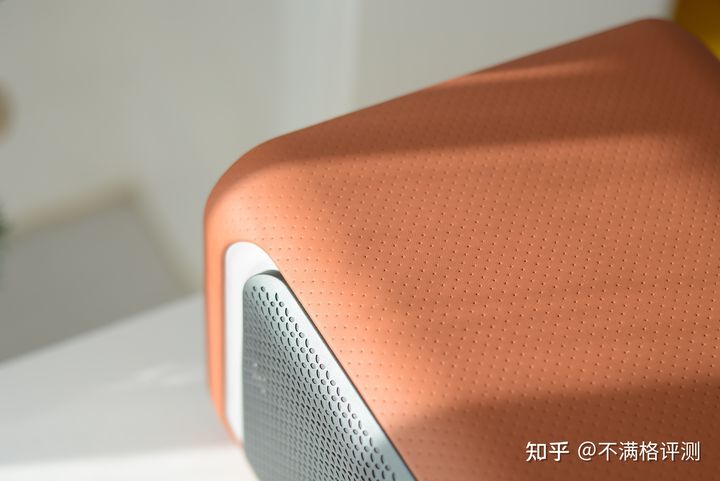 The front is its big shot: 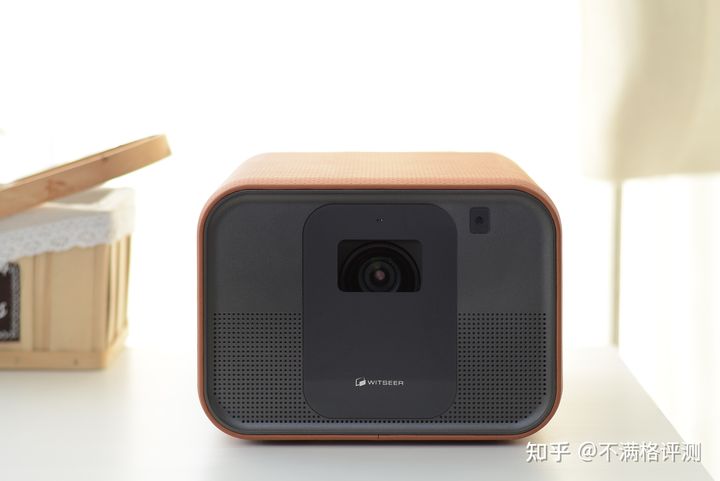 There are various interfaces at the back, which feel more than TV:

There are two special designs on the side. I will sell it here first, and I will leave it later.

However, the power supply that comes with this projector is quite satisfactory, and its appearance drags the host back: 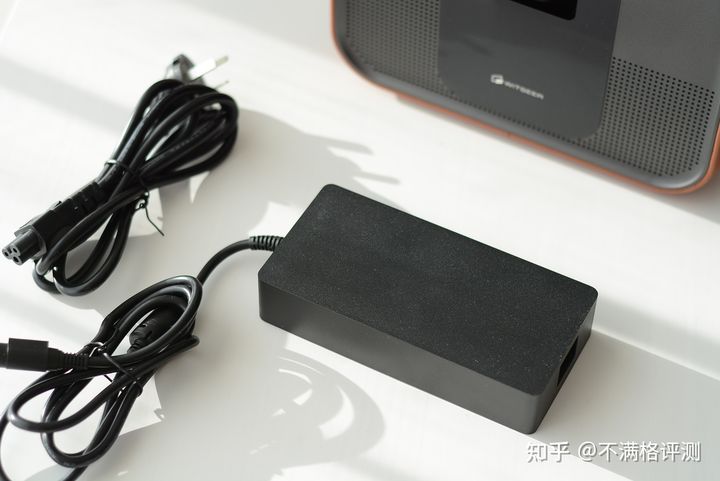 ●3000ANSI lumens without turning off the lights and pulling the curtains! Self-developed optical machine
One of the key indicators of a projector is brightness, and low-brightness projection is definitely not an option for the rich. Now the flagship projector can generally reach 2000 ANSI lumens, and the laser TV of more than 10,000 yuan can reach 2500 ANSI lumens, but this Huishi J1 Pro is as high as 3000 ANSI lumens, which is rare.

Let's first look at its effect in the daytime. The picture is clearly visible. Although it is a little white, as long as there is no direct sunlight, it can be viewed clearly. This is something that most projectors cannot do: 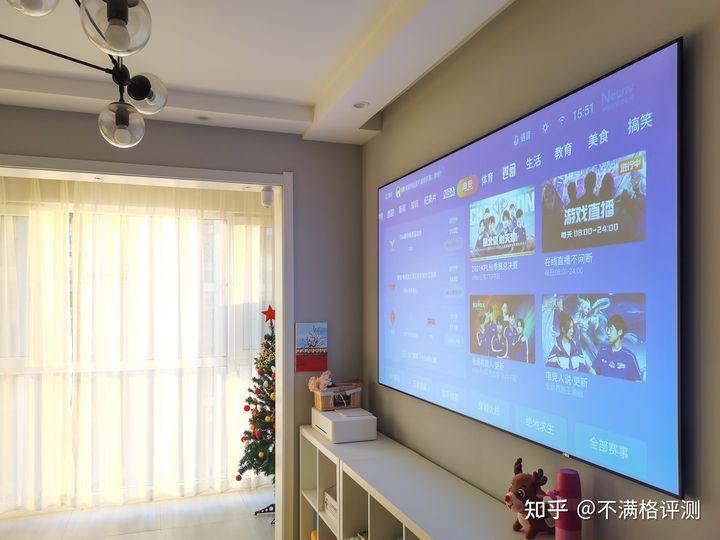 Let's take a look at the actual shooting effect at night. I first turn on all the lights in the house, and I feel that it is similar to the light-off effect of ordinary projection:

Finally, look at the effect of turning off the lights at night, which is comparable to the brightness of an LCD TV! (The curtain of my house is ordinary white plastic material): 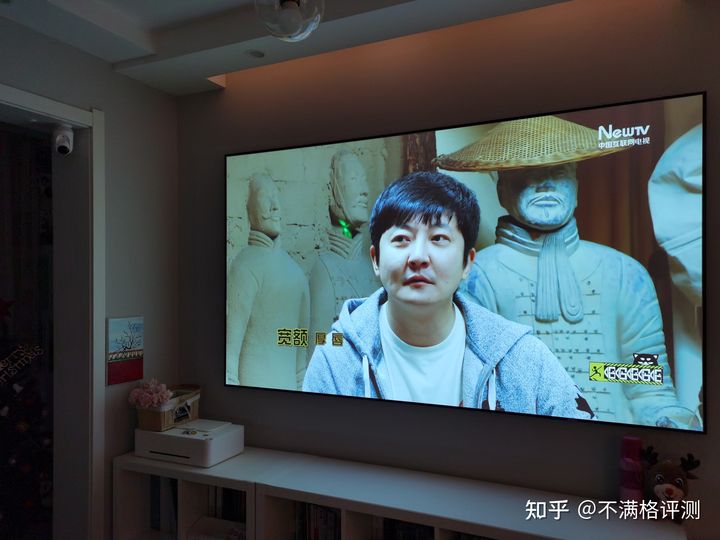 Such high-brightness projectors are rare on the market, because manufacturers have to consider the cost of opto-mechanical purchases. However, this Huishi J1 Pro is a bit special: its manufacturer is the famous "Schindler Optoelectronics", and they themselves make light machines. What's even better is that 95% of the smart projector light machines on the market are made by it! So it is easy to understand that it has such a high brightness.

4K picture quality + magic sound, the real "home theater" should look like this
The Wise J1 Pro uses a true 4K lens with a resolution of 3840*2160, which is the same as that of a laser TV. The image quality effect it gives me is clear and delicate. When it is projected to a 100-inch size, it can be as smooth as a mirror. , almost no jagged particles can be seen in the displayed text and images. 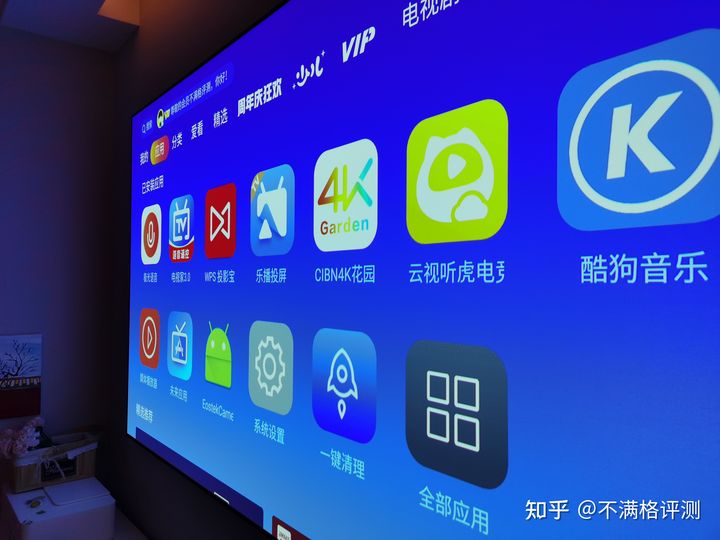 This large-scale and clear image screen creates a sense of enjoyment and excitement, which is even a bit extravagant to me. It is the size of several TV sets, like moving a movie theater to my home.

Its color style is lively and gorgeous, and it belongs to the kind with relatively high contrast. It is very suitable for watching blockbusters, youth idol dramas, variety shows or animations. At the same time, it also supports HDR10+HLG dual dynamic decoding, as well as MEMC motion compensation function, the details show real sharpness, high fluency in intense scenes, no dizziness, watching the grand war masterpiece is more comfortable than going to the cinema, and more suitable for watching football games . 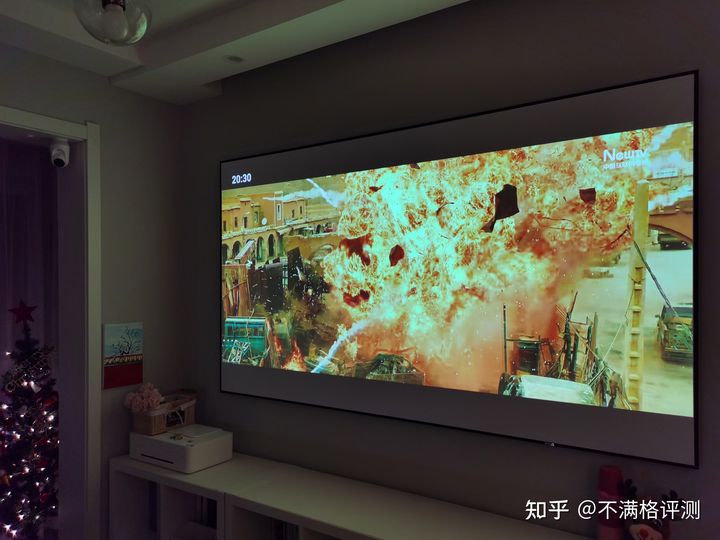 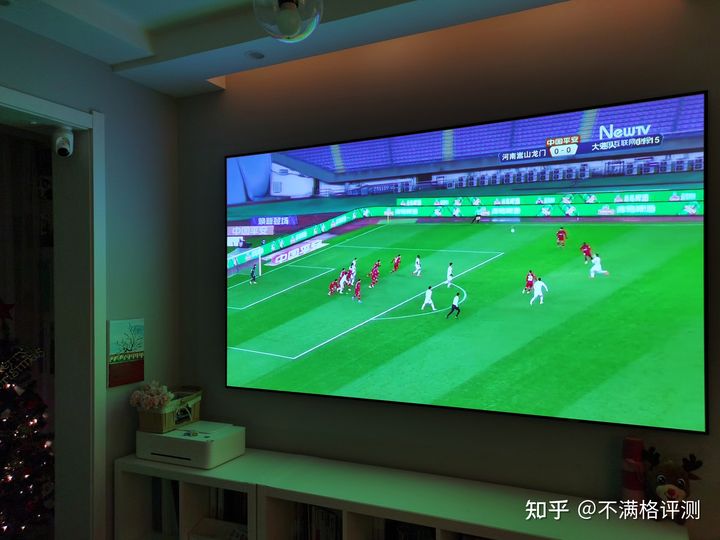 The sound effect of Huishi J1 Pro is quite outstanding. There are 8W large speakers on the left and right sides of the machine, and a large 600CC sound cavity. This is a sound customized by MONSTER's professional tuner. It supports DTS HD decoding + Ti class D amplifier, and the shocking sound effects match the large scene picture, which is exactly the same as the real home theater in my mind. 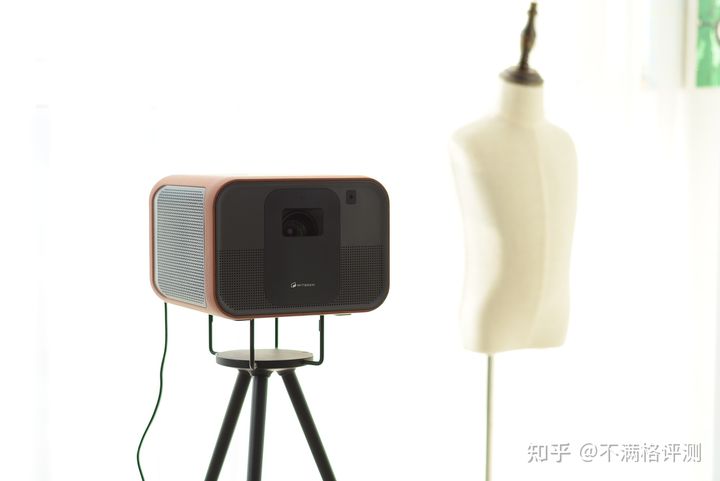 Although the Huishi J1 Pro cannot be projected on the wall like a laser TV, its projection ratio is almost the same as that of a laser TV, and a very large picture can be projected at a very close distance to the wall. Limit affects screen size. 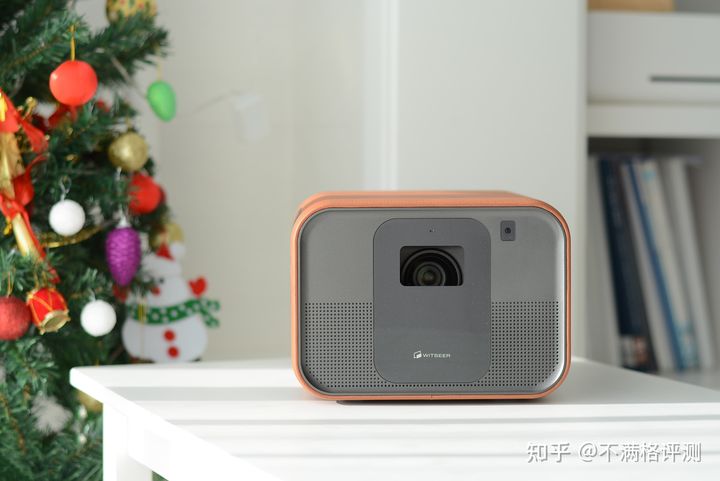 The throw ratio of general projectors (including laser TVs) is fixed, but the Wise J1 Pro is an optical zoom projection, so the throw ratio is variable (the range is between 0.98-1.43), which is higher than that of laser TVs. If you want a cow, you can zoom in and out at will without moving the projector, and the maximum zoom can be 2 times the screen! Not only can you enjoy the visual impact, but it is also more convenient for the placement of the projector.

The following is a real shot of the zooming process (actually it is a smooth zoom without gears, which cannot be shown due to the limitation of screenshots): 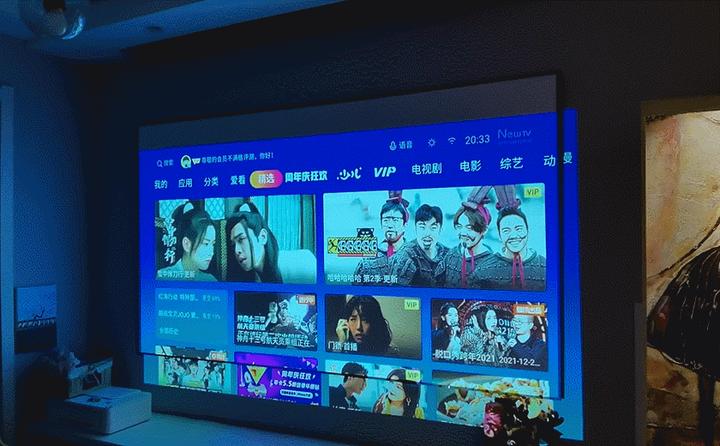 The screen in my house is 100 inches. It was originally customized according to the projection ratio of a normal projector, but it was seriously insufficient when used on the Wise J1 Pro, and even the entire wall could not be put down. Of course, the walls of rich people must be bigger than mine, and the whole wall is full of pictures, which makes me excited to think about it. 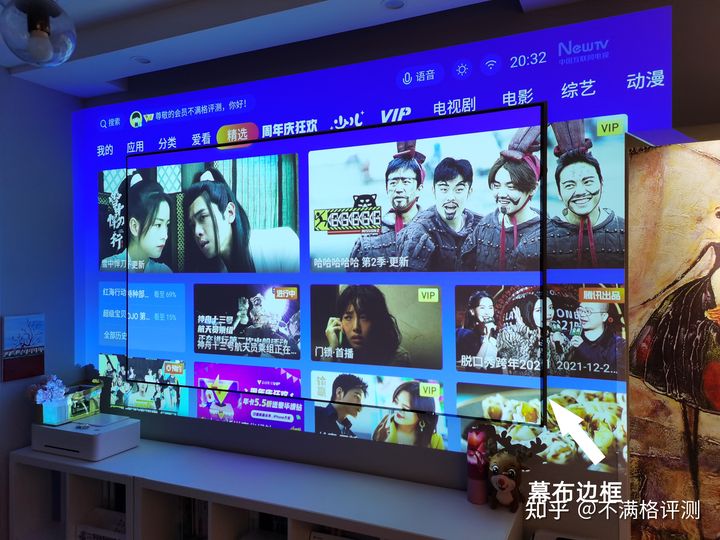 ●Two special designs, practical and intimate
Since it is an advanced projector, its design experience is naturally different from that of ordinary projection. In addition to supporting autofocus and keystone correction, it also has two innovative small designs that greatly improve the experience. One is that it is located on the side of the machine. Two fill lights, also called eye protection lights, are used to balance the ambient brightness: 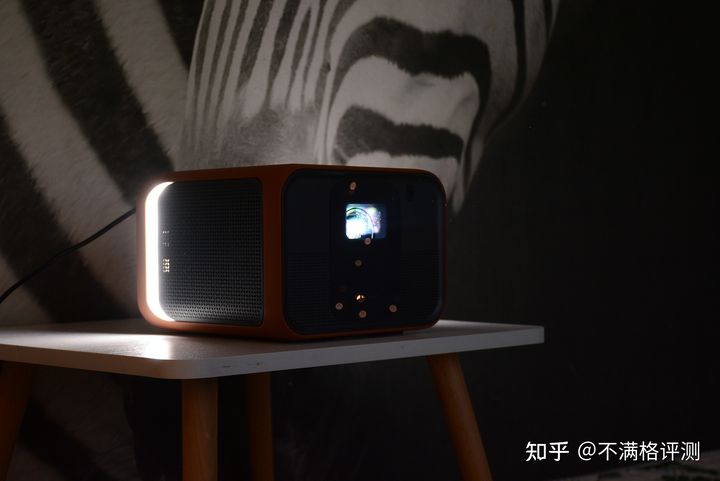 This small design is special and considerate, because the projection brightness is very high, and if you stare at it for a long time, it is easy to get eye fatigue. This eye protection lamp can balance the ambient light, so that the eyes are in a relatively uniform brightness, so it will be more comfortable.

In addition, there is a special design on the side of the machine, that is, its cover can be opened, and it is convenient to clean the fan after a long time. General projectors do not have such intimate details: 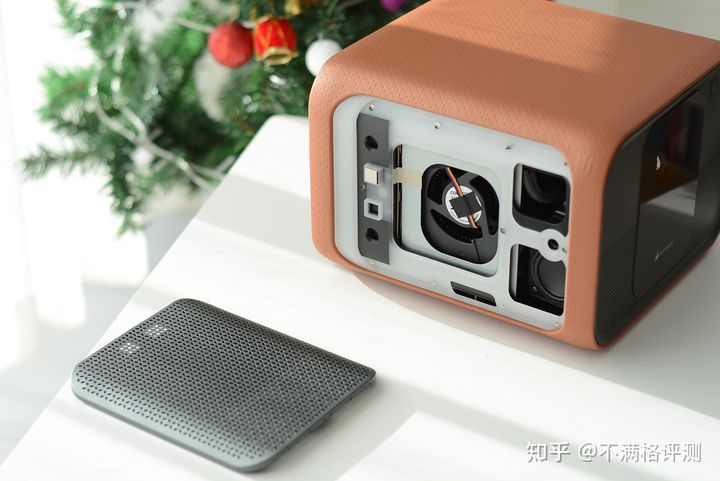 ●Built-in Tencent video platform, Android system, basically have everything you want to watch
This Huishi J1 Pro network resource is mainly from Tencent Aurora TV, which is rich in popular movies, dramas, and variety shows, such as the popular "Northeast Romance", "Wife's Counterattack" and "Talk Show New Year's Eve". Since it is an Android system, you can also install third-party video platforms, such as Youku, Station B, iQiyi, and download whichever you like, so that you can basically find any content you want to watch online. 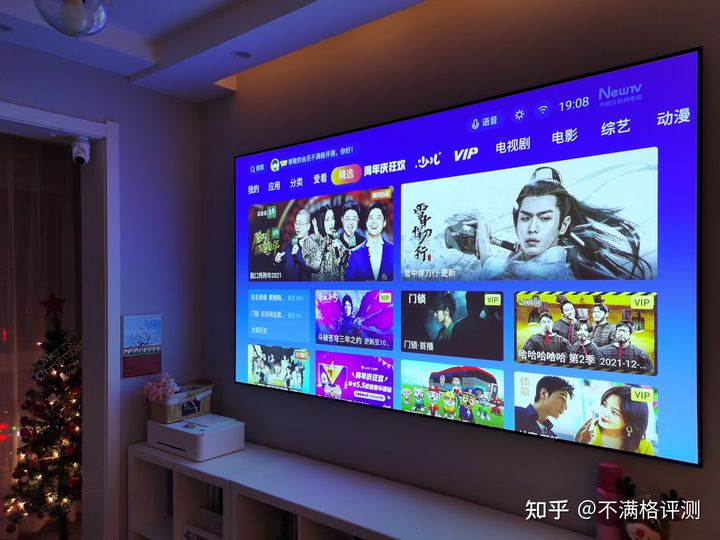 In order to meet 4K high resolution, it also has 4K lossless film sources. Although the number is relatively small, it can be played online without preparing local 4K videos. 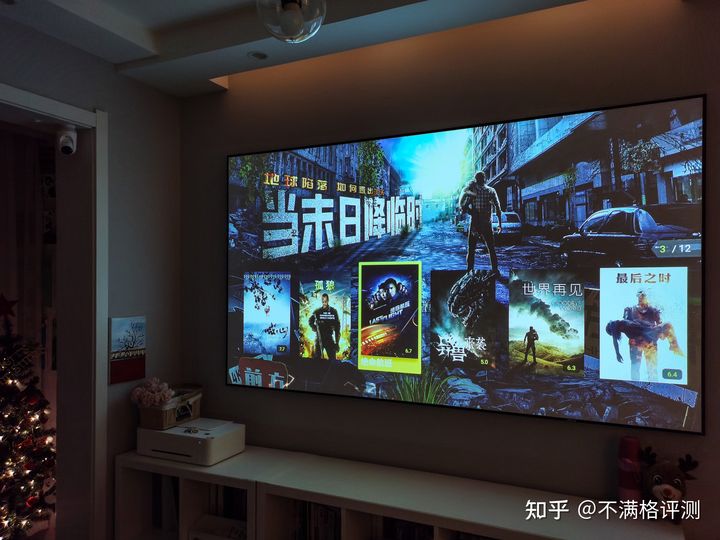 There is another place I like: it has a child mode and an elder mode. If there are children or the elderly at home, it is convenient for them to find the content they want to watch, and it is easier to use. 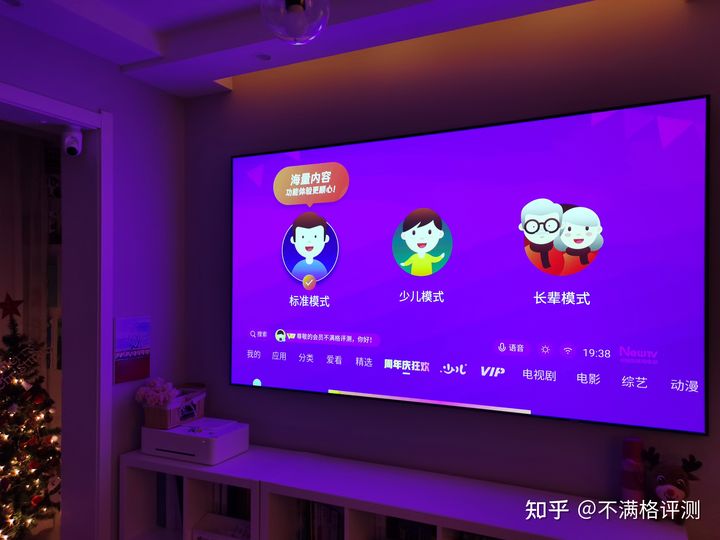 In fact, its gameplay is far more than that, and the time relationship cannot be said one by one. For example, screen projection, office work, and game play are all stress-free: 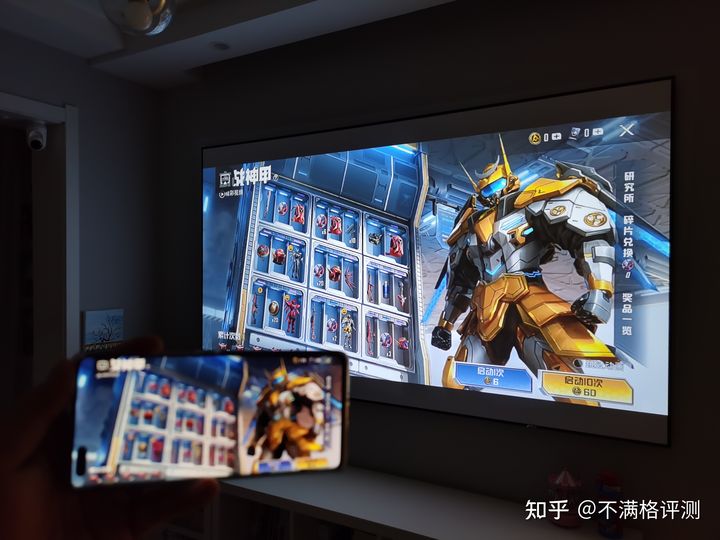 ●Write at the back:
In general, the Huishi J1 Pro in my home is a high-quality home smart projector. Its configuration and experience are laser TV-level, and the price is only a little more expensive than ordinary projectors, but nearly half cheaper than laser TVs. Its advantages are: true 4K resolution, 3000ANSI lumens and optical zoom, which are even better than some laser TVs. However, it is not perfect. For example, in terms of software, I think there is still room for improvement. The main reason is that the UI design is relatively traditional and the aesthetics are poor. 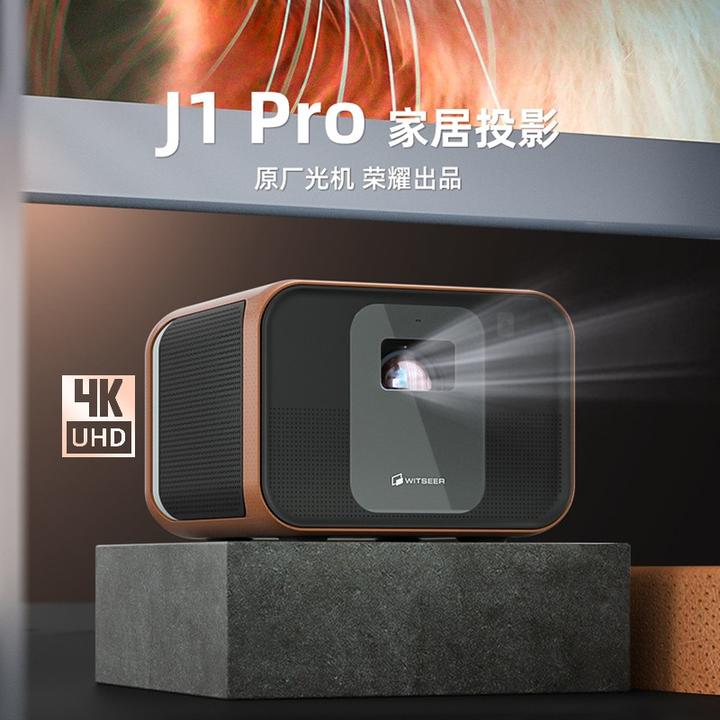 didn't hear about this brand before
W

you can check out amazon, it seems like they where selling those cheap single LCD pj already before
You must log in or register to reply here.

Yesterday at 1:46 AM
Danieladbidh
D
W
Fengmi S5 - Laser in a Pico