While it could be easy to make the case that The Big Bang Theory was, at least at one point, intended to be Leonard's show, it's pretty plain to see that the series became Sheldon's show a long time ago - which was definitely a marked change for the better. Sheldon's peculiar and specific routines, obsessive interests in all things science and science fiction, and often oblivious social behaviors have all been perfectly woven together to create a character who became an instant pop culture icon.

And all of that before we even take into consideration hos many hilarious quotes Sheldon has had over the years. Below, we look back at ten of the best of them. 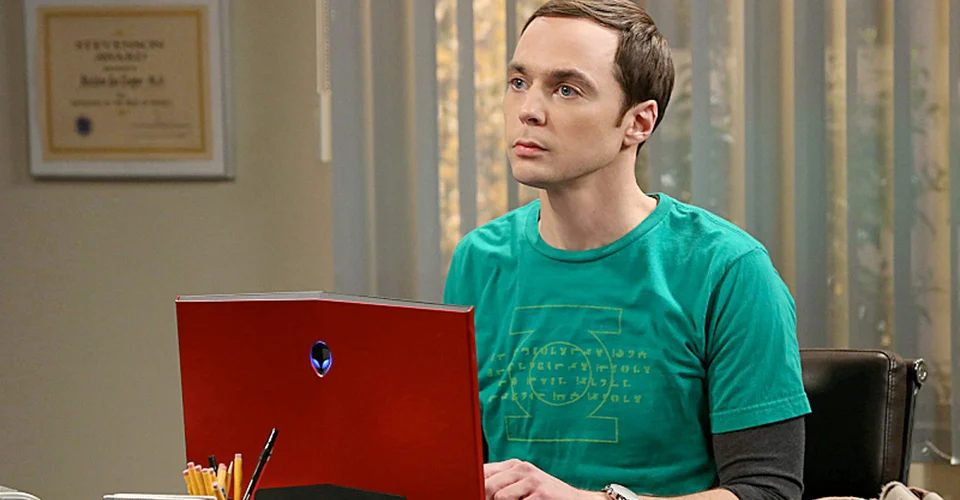 10"Penny, While I Subscribe To The Many Worlds Theory..." 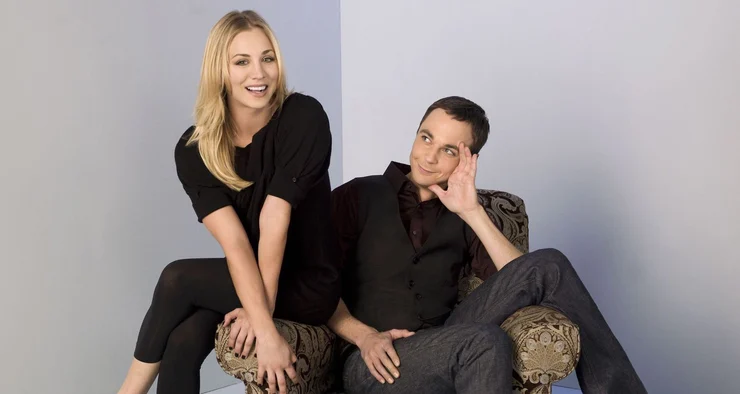 An unmistakable highlight of the series' earlier seasons was the back and forth rapport between Sheldon and Kaley Cuoco's Penny, Sheldon and Leonard's adorably dimwitted neighbor and Leonard's on and off love interest. One hilarious season three episode opens with Sheldon waking up in the morning to find a barely dressed Penny making pancakes and dancing around the kitchen to Shania Twain's "Man, I Feel Like A Woman."

Penny, clearly relishing in Sheldon's confuse, invites him to dance along with her - which leads us to the hilarious moment quoted above. Sheldon may not think of himself as much of a social animal, and he very well may be right about that. But that doesn't make any of his social interactions any less amusing for us viewers.

9"I Think That You Have As Much Of A Chance Of Having A Sexual Relationship With Penny..." 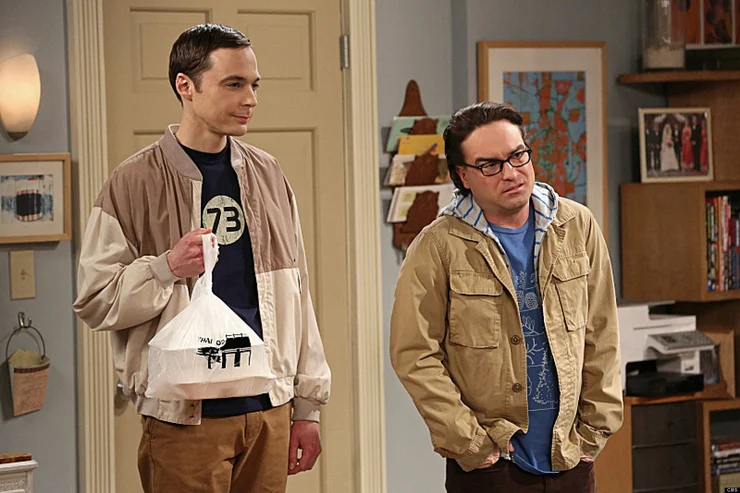 "as the Hubble Telescope does of discovering that at the center of every black hole there is a little man with a flashlight searching for a circuit breaker."
Click to expand...

From the very beginning of the series, Sheldon was a big naysayer of the prospect of a relationship between Cuoco's Penny and Johnny Galecki's Leonard. Of course, as this is a situation comedy, it was also immediately clear from the moment these characters met that Leonard and Penny would become the series' central will they, won't they relationship.

But that didn't stop Sheldon from offering his honest - and, usually, brutally honest - thoughts about the possibility of their eventual coupling. And most of the time, the totally scathing remarks were paired with wonderfully nerdy scientific jokes, such as this amazing one about the Hubble Telescope and black holes.

8"Oh, On The Contrary. I Found The Grinch To Be A Relatable, Engaging Character, And I Was Really With Him..."

"right up to the point that he succumbed to social convention and returned the presents and saved Christmas. What a buzzkill that was."
Click to expand...

Sheldon hasn't always been the merriest fellow when it comes to having holiday spirit. An early episode of the series' second season finds Sheldon decrying the social protocol of buying Christmas presents for other people, and discussing the history of the celebration known as Saturnalia. But in the series' third season's holiday-themed episode, viewers really get a better look at how the genius's mind really works.

And boy, is it wonderfully weird. Sheldon, ever the antisocial one who prefers to be by himself and eschew social traditions, reveals that he considered The Grinch to be a truly relatable, even inspirational character - right up until that darn moment The Grinch's heart grew three sizes. At least from a scientific standpoint, he may be onto something.

7"Hard As This May Be To Believe, It’s Possible That I’m Not Boyfriend Material."

One of the main storylines that The Big Bang Theory has chronicled - for better or worse - has been Sheldon's gradual transformation from a romantically disinclined individual to a boyfriend, fiance, and eventual husband to Mayim Bialik's Dr. Amy Farrah Fowler. Early in their relationship, Sheldon struggled greatly with knowing how to appear invested in Amy's life, and especially her line of work, which he has always felt is inferior to his own.


To be fair, his thoughts on biology haven't changed much over the years, but he has gotten a little bit better about biting his tongue and keeping his disinterest and snide comments to himself. But in season five's twelfth episode, he and Amy got into an argument about his rude behavior, leading to him making the above remark to Leonard about his shocking lack of boyfriend appeal.

Sometimes, there are certain quotes from characters that give way to entire pop culture trends. The second season episode "The Lizard-Spock Expansion" gives Sheldon one of these such moments. The episode introduces viewers everywhere to the bizarre game known as Rock, Paper, Scissors, Lizard, Spock - the gang's apparent method of choice when they have decisions to make that none of them really want to make.

Clearly an expansion of the traditional Rock, Paper, Scissors, the game perfectly incorporates aspects of science fiction that appeal to our primary gang of friends - and no character could ever explain things as hilariously, or as succinctly, as Sheldon does.

"While my brother was getting an STD, I was getting a Ph.D. Penicillin can't take this away."
Click to expand...

Long before Young Sheldon existed to introduce viewers to the hilarious and heartwarming dynamics of the Cooper family, including that of Sheldon and his older brother Georgie, The Big Bang Theory still managed to occasionally drop hints along the way as to the nature of Sheldon's family. One of such gems came in the eighth season, when Sheldon was applying to be chosen to travel to Mars.

During his video application, Sheldon immediately got way too personal about himself, lauding his own personal successes as he always does - while also shedding light on some incredibly TMI details about his brother's own adolescence.

"This is Enrico Fermi, Richard Feynman, Edward Teller, Otto Frisch, and Zazzles. I was going to name him Hermann von Helmholtz, but he's so zazzy."
Click to expand...

Sheldon Cooper probably doesn't strike most people as a cat person. It also doesn't help matters that one episode has him claiming he's allergic to cats, but hey, it's a sitcom - we can't expect perfect continuity at all times. Early in season four, however, viewers get to see what it would be like if Sheldon Cooper became the male scientist equivalent of a cat lady - and the results, as to be expected, are hilarious.


After temporarily breaking things off with Amy, Sheldon decides he needs to get not one, not two, but six cats - almost all of whom are named after scientists who took part in the Manhattan Project. Except, of course, for the lovably zazzy little Zazzles. We're not sure how Sheldon decided on any of these names, but boy, are we glad he did.

It'd be impossible to count the number of times that characters in the series refer to Sheldon as crazy, or some variation thereof. It's not his fault, really, considering he's not fully aware of the social stipulations of basically every possible daily situation. And it also doesn't help that there is, famously, a fine line between what society thinks of as genius and insanity.

But if you try to insist, seriously, that Sheldon is crazy, he'll be quick to correct you on that one. As he once famously stated, "I'm not crazy. My mother had me tested." And knowing Mary Cooper as we do now, both through Laurie Metcalf's performance on The Big Bang Theory and through her daughter, Zoe Perry's, work on Young Sheldon, we don't doubt that this actually happened.

2"Well, That’s No Reason To Cry. One Cries Because One Is Sad."

"For example, I cry because others are stupid and it makes me sad."
Click to expand...

Sheldon has never been anything other than unflinchingly confident in his own intellect, especially when compared to - well, almost anyone else. But poor Penny has often born the brunt of his judgment, especially when the two of them are working together, but on no occasion more than when he attempts to teach her the history of physics.

When Penny starts crying because she feels stupid since Sheldon's lessons aren't sticking with her, Sheldon is absolutely incredulous. He doesn't understand why being stupid would make her cry - but, on the other hand, his own reasoning of crying because other people are stupid is perfectly valid. Sometimes, there's just no point in arguing with Sheldon's way of thinking.

If any of Sheldon's quotes over the years could come closer to being thought of as a catchphrase, it would undoubtedly be this one word zinger he utters whenever he thinks he's been hilarious. Usually, he hasn't been - and in fact, he's usually been rather annoying, arrogant, or both. But his self-satisfaction, paired with the undeniably goofy little exclamation, makes "Bazinga!" such a real winner of a catchphrase.

Young Sheldon even doubles down on the significance of the utterance, revealing that it was a word Sheldon learned from a series of practical jokes, and therefore, remains one of the few behavioral things (that we know of so far) that he has carried over from his formative years into his adulthood.
You must log in or register to reply here.