100 million in advertising, only 2 awards, what Netflix did wrong in winning Oscar?

Unlike the cold reception received in Cannes in recent years, at the Oscar, Netflix used the work to convince the judges, but returned empty-handed.
Click to expand...

On the evening of February 9, Los Angeles, California time, and at 7:00 a.m. on February 10, Beijing time, the 92nd Academy Awards was held as scheduled. (See the list of winners at the end of the article)

The result was not satisfactory. This evening that the global film industry is most concerned about has never been a show for Netflix. The biggest winner still made history-the Korean movie "Parasite", which is the first Korean film nominated for Oscar nomination, but won the best film, best director, best international film and best original script The heavyweight award, and became the first non-English dialogue film in history to win the Oscar for best film. 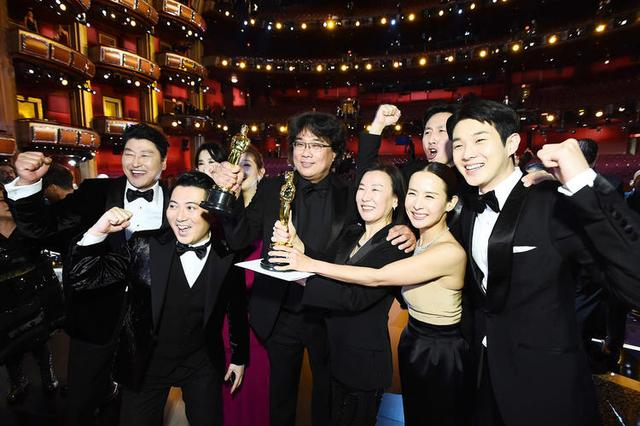 As for Netflix, after full of joy and costless promotion of seed-level finalists such as "Irish", only silently took away the best supporting actress award (Laura Dern, "Marriage Story") and best documentary. ("American Factory") Two awards.

Is Netflix the original sin
10 nominations and other "Irish" particles were not received.

Previously, Netflix used the method of publicity it was good at, using various methods on the Internet, such as online special effects video production, producing a podcast about the behind-the-scenes story of the Irishman, and published 20 on the Netflix YouTube channel. Multiple videos about interviews and feature stories about "Irish" actors.

On the other hand, public relations operations, advertising and marketing, and network resources are not uncommon in the film and television industry. According to the Wall Street Journal, industry sources estimate that during the award season, Netflix spent a total of more than 100 million US dollars for the promotion of "The Irishman" and "Marriage Story" and lobbying for Oscar-winning voting members. Netflix even specially selected the major cities where the Oscar judges gathered for the theater show. This is not a disgraceful method, on the contrary, it is more like Netflix is catering to Hollywood and college rules.

A senior veteran Hollywood director combined with several movie emperors, combined with the top special effects technology, produced "Irish", this time gangster film more than three hours. There is no fast-paced big scene, no quick cut and cool lens skills, no ups and downs of plot, "Irish" rely on a "traditional temperament" has been widely recognized by the industry. Netflix seems to want to use "Irish" to complete a "rectification" for itself in the film industry. 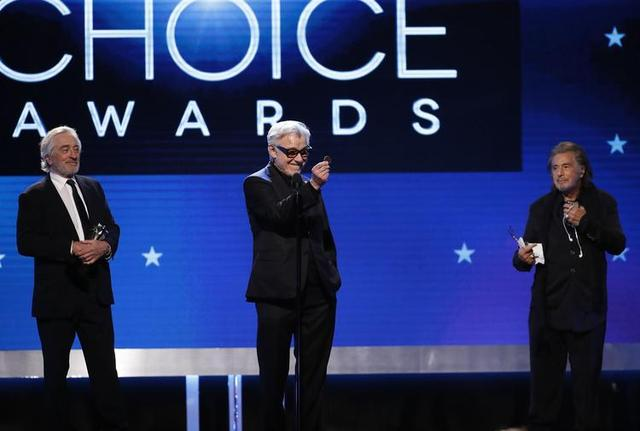 However, the overwhelming publicity of "Irish" did not give it the expected good results. "The Pope's Inheritance", which was nominated for the best adapted script, best actor, and best supporting actor, also failed. At the end of last year, the Golden Globe Awards film category also staged the same story. As the studio with the most nominations (17 items), Netflix finally only won the best supporting actress in the movie category with "Marriage Story".

It's hard to say whether the quality of the movie is not good enough, or whether Oscar has an opinion on the Netflix platform. Netflix's influence on the film industry is increasing. A new generation of filmmakers or senior industry directors such as Martin Scorsese, Alfonso Caron, and Noah Baumbach are all accepting or embracing streaming Media platform. This acceptance may be welcome or compelling. But there is no doubt that Netflix is changing the film industry, catering to it, and challenging the rules of the industry.

Cater to and challenge
The American Academy of Motion Picture Arts and Sciences stipulates that all films that apply for the Oscar must be screened in a commercial theater for at least seven days, at least three times a day, and must be scheduled once from 6 to 10 pm Therefore, in 2018, "Rome" and 2019 "Irish", Netflix chose to premiere the film festival, and then to the designated theater small-scale screening, nearly four weeks after the Netflix online strategy. In other words, Netflix has greatly compressed the "cinema window period".

The theater window period, that is, the time a movie can only be seen in a movie theater after landing on the theater line. Movies that exceed expectations after release will often choose to extend the window period while increasing the arrangement, but less than expected movies will consider shortening the window period and start releasing DVDs, online video sites or paid channels to recover costs. The window period determines whether the film can maximize profitability, so it was once called the "industry lifeline."

The emergence of streaming media has broken the rules of the film industry for nearly a hundred years.

As early as 2011, 32 famous Hollywood film practitioners such as James Cameron, Peter Jackson, and Michael Bay issued an open letter protesting that major Hollywood companies would provide movie-on-demand services two months after the film was released. The window period is reserved for at least four to five months. Cameron wrote in the letter: "The movie theater experience is the source of our entire industry, and viewing on other platforms is just a tributary to this source."

"Irish" is the best example. After seeing that the investment could not see the end, Paramount Pictures gave up its distribution rights. After Netflix bought the film distribution rights for 105 million, it invested another 125 million budget to become the largest producer and distributor of the Irish. Subsequent tens of millions of dollars will be provided for film extension and promotion. When the film was created, Netflix never intervened in Martin Scorsese's shooting. After the film was released, Netflix did not care about the box office performance of "Irish".
Last edited: Apr 18, 2020

Netflix's own complete closed-loop business model, so that it does not need to look at the face of Hollywood studios, and let the audience and professional judges recognized works, it is directly facing the bottom of Hollywood. But in the award season of the movie category, Netflix and the entire streaming media industry still lack the right to speak.

Compared to the half-rainy Oscar, Cannes, which is more obsessed with orderly and maintenance of film art, let Netflix eat away. In 2017, the scene of the film was boycotted by the media; in 2018, the Cannes Main Committee added theater screening requirements. Netflix announced that it would withdraw the film and withdraw from the exhibition; in 2019, Netflix, which produced 72 original films, skipped Cannes directly and went to the Oscar. Won 24 nominations.

If the conflict between Cannes and Netflix in the past three years is the epitome of the conflict between traditional film studios and distributors and Netflix in recent years; "blockbuster" and "movie", theater and online, studio and streaming, In the middle, Martin Scorsese is like a microcosm of the transformation of the film industry; now, Netflix has won 24 nominations but only won two awards in Netflix. Perhaps it is the traditional film industry against the streaming industry. Accepted on the surface, the epitome of inner resistance.
You must log in or register to reply here.