13 Hollywood Movies that get WRONG about GUNS

Hollywood has always been GREAT at depicting a tall tale, but man, the real smoke blowing comes when you introduce…..GUNS. From unhittable protagonists all the way to bottomless magazines, movies have never failed to provide us an abundance of firearm-associated flaws and general no-no’s. Some really aren’t so bad, while others just make you shake your head and laugh. 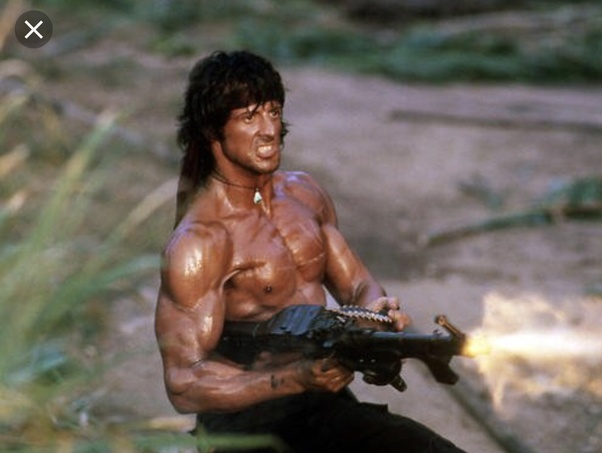 John Chesire during his time in Vietnam.
Click to expand...

I could try to explain how atrocious alot of these attempts are. I could try to tell you why directors let this happen at all. I could even just go and tell you to watch Commando..Instead I will just list off some funny ass examples and let you, the people of Quora, decide upon the worst blunders:

It’s crazy to me how Hollywood films with budgets the size of Kanye West’s ego can miss so many small details. Regardless, next time you’re slamming popcorn at the theatre try searching for similar mistakes; knowing guns at even a novice level should be enough to find them.

..and trust me, that was just scratching the surface. Feel free to add mishaps that you think we all missed!

(The picture above is not actually John Chesire, although I’d like to imagine he is quite flattered. On a more serious note though, thank you for your service John.)
Last edited: Apr 18, 2020

Weapons not cycling, especially on semiautos, has to do with how inherently dangerous blank-fire weapons can be (just ask Brandon Lee). When a blank can’t be used, due to the actor’s safety, they either use visual effects to simulate gun flashes, or use what’s called flash paper.

Flash paper tends to be more common I’ve noticed, despite VFX being so much more sophisticated now; I’ve never seen Scarface, but from the way you’ve described the scene it’s likely VFX, but if there are camera changes between shots it’s probably flashpaper.

That said, complaining about movies not using live-fire weapons for safety reasons doesn’t seem terribly sensible to me. Next you’ll complain they didn’t actually chuck Tom Cruise off a building in Shanghai during Mission Impossible 3.

Personally, my favorite goofs are overzealous sound editors: people who add cocking sounds to hammerless handguns, like Glocks or M&Ps, or add pumping sounds to semiautomatic shotguns. Audible cocking is also usually hilarious, especially when a weapon cocks every time it’s aimed at someone.

My other favorite is the entire airport scene in RED, including shooting the RPG in midair or playing baseball with the 40mm greande. RED is just an awful movie, though.
You must log in or register to reply here.

How to Extend The Life of Your Projector?