The film returned to 1917, in the heart of France, British soldiers and Germans fought. The two Corporal Black and Scofield were assigned a seemingly impossible task: walking through the enemy, avoiding the enemy's artillery fire, and finding a British barracks about to step into a trap set by the Germans. This is a very difficult and dangerous task, and the two may die. But if no one wants to do this, or if both of them fail, it will result in the slaughter of 1,600 British soldiers by the Germans. Also, Black's brother is in the 1600-person military camp. 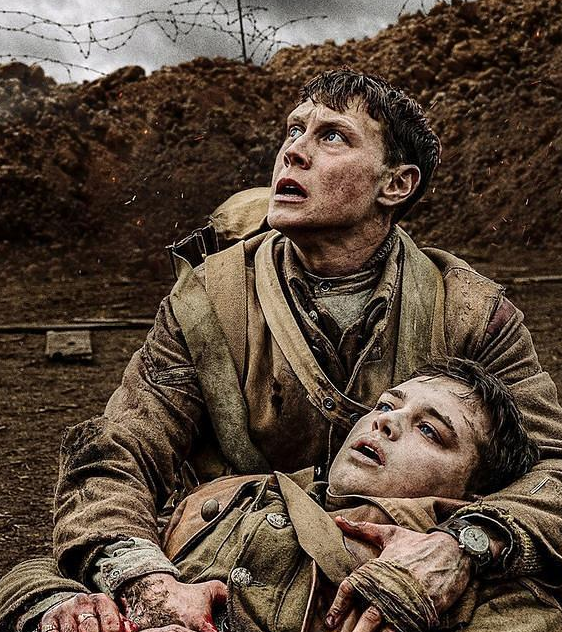 The film adopts a long-distance shooting technique, which gives the audience the feeling that the audience keeps tracking the battle footprint of Black and Scofield: walking through the crowded sand pit and crawling on the muddy road to escape German sniper fire. It's as if the audience is a community of fate with them, fearing for them, breathing with fate. If you want to get a phenomenal experience, I suggest going to the cinema. This is a horror movie that really shows the cruelty of war. The scene is shocking and the music is creepy. It is comparable to "Saving Ryan", or better than that.

Mendes probably made the most "beautiful" war movie after the millennium. The first half of the war is a thriller, the second half of the war is classical music, and there is a transition in the middle. The theme is not deep enough but the skills are perfect. In the end, a mirror does not limit the field of vision. On the contrary, it gives people an immersive experience of surrounding, seeing the blue body and cherry blossoms flying. The doomsday church burning in the night is so beautiful, there is a beauty that forgets the cruel visual impact of the battlefield ... (essentially, "Dunkirk" is experimenting with war films, and making new ideas is the first)
You must log in or register to reply here.