6 of the Top 12 TV Dramas Recommended

Here I would like to continue with the next 6 of the Top 12 TV dramas. When stucking at home, why not watch some episodes to kill time?

"Killing Eve" is not a TV series that simply tells the story of police gangsters and makes the audience empathize. It more depicts a illusion that allows the hunter to resonate from the nervous and exciting visual senses. The gender shaping of the main character and the mainstream presentation that we are accustomed to are both repulsive and upside down. The portrayal of the male image in the film is a foreshadowing. The two female heroes are not isolated from the empty and boring objects, but in the story the undisputed protagonist, they have their own personality, history and motivation. 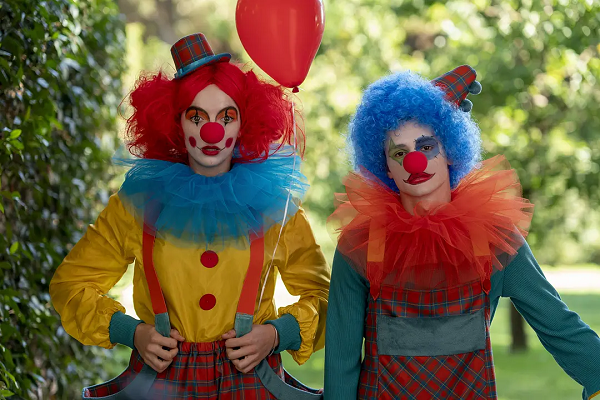 The second season of continues the story of Miguel Angel Feliz Gallardo, who is now the godfather of Mexico's largest drug trafficking group. It has been working hard to maintain control of all forces, develop its own empire, and constantly reconcile the betrayal and sacrifice it faces on the way to becoming a godfather. As the friction between the different "squares" of drug cartels intensified, Feliz's control of the situation also weakened. At the same time, blood debt in the hands of drug cartels and corrupt politicians triggered a series of retribution in Mexico.

Tales from the Loop

It is very difficult to adapt a script from a picture book, except for art, puzzle-like clues and basic character outlines, the rest are almost original stories. "Circular Story" enters from a very humanistic narrative: when the future self returns to the past or the current self comes to the future, what will happen then? Loop rewrites the time and space of life, and its meaning refers only to reconciliation with oneself, time is difficult to bury broken memories, life is folded and then spread out in the blink of an eye, a kind of fatal loneliness.

No one who loves movies will neglect Stephen King. With constant reversal and horror, Stephen King has become the golden signboard to guarantee the quality of the script. At the beginning of the new year, HBO joined hands with "King of Horror Novels" and brought the latest adaptation of the series-The Outsider.

The first season of "The Walking Dead" has been aired for almost ten years. There are too many popular characters who have accompanied us along the way. Without Rick and Maggie, Ka Mom, Crossbow, and Sword Girl play a greater role. Nigan, who "reformed the evil and returned to the right," also became the biggest attraction.

It is about a society transformed by new technologies more than 300 years later: consciousness can be digitized; human body can be interchanged; death is no longer permanent. Friends who have watched the first season should remember that the creator of the stack technology that perpetuates human consciousness is the leader of the Star Warrior and the girlfriend of Takeshi Kovacs, the actor Quirkris Quellcrist Falconer. But what was not stated in the first season is that the materials used to make the stack are only in one place.
Last edited: Apr 20, 2020