LG's TV lineup for 2020 is here... Well, almost. The company announced it would launch 14 new models in South Korea and the us later this month. Europe and other regions will soon follow, according to a press release. These new OLED models refer to the GX Gallery series, LG's OLED ZX 8K model, and its CX and BX 4K models. The 8K model will use the Alpha9 third-generation artificial intelligence processor, the company's third-generation processor, which is designed to "improve the viewer's immersion". Other new features include movies, sports, games and other types of content. The company also said the 2020 series will feature the latest HDMI specs, and its 8K model will be able to play native 8K content from HDMI and USB inputs.

LG has yet to announce the actual release date or price of these TVS, but here's what we know about the models so far. 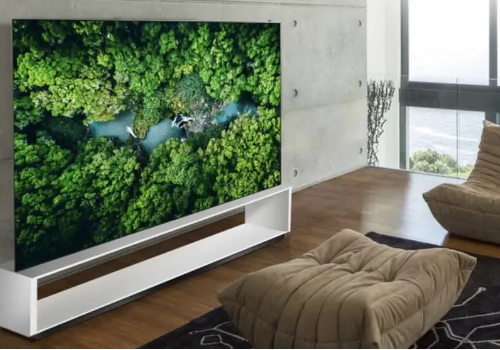 Gallery of GX
55 inches, 65 inches, 77 inches, price and time to market to be determined

The GX series is LG's answer to samsung's "The Frame" -- in a unique way. The design of the GX series, mounted flush on the wall like a work of art, makes use of OLED panel technology that does not require backlighting. With this technology, the 65-inch model j is less than an inch thick (0.79 inches, to be more precise) and doesn't require an extra control box.

In a press release about the new TV, LG remained relatively silent about its 8K model. The company would only say that the TVS met the consumer technology association's industry definition of an 8K ultra hd TV, which LG says makes them one of the first 8K models to be able to use the CTA 8K logo.

These 8K models will not have AMOLED displays, but LG says they will carry the CTA 8K UHD logo, just like the 8K version. NanoCell will be divided into seven distinct units, including the Nano99, Nano97, Nano95, and 55-inch Nano95 series.

CX series
55 inches, 65 inches, 75 inches, price and time to market to be determined

The CX series will be one of LG's two OLED 4K series this year, along with the BX series. The details of this series are once again blurred, but LG says it will launch a new size, the 48-inch CX OLED TV, later this year.

BX series
55 inches, 65 inches, 75 inches, price and time to market to be determined

The BX series is also limited in detail, with LG saying only that both the BX and CX series will "provide the excellent picture quality that LG OLED is known for".

As noted above, LG says these models will be available from the end of this month. There could be a twist here, as we've seen with samsung and its 2020 launch. While LG is likely to launch most of its TVS by the end of the month, the company's flagship model is expected to be launched later.

Just as samsung's Q950TS and Q900T are not yet available, LG's ZX and GX series are likely to be delayed. LG may take a different approach, but since each TV has a 'coming soon' label on its website, we can only guess when it will be available.

As for price, LG's top-of-the-line TVS won't come cheap. Its 2019 flagship 8K model Z9 88-inch OLED TV retails for $30,000. This year's ZX series will include a 77-inch model, but is still expected to pay a premium for the successor to the world's first 8K OLED TV.

As LG expands its 8K line through the brand's NanoCell line, we may see the 8K offered in larger packages at a friendlier price. Its only 8K NanoCell TV in 2019, the Nano 9 series 75-inch display, retails for $5,000. With the release of different lines this year, 8K TVS may reach the consumer market faster than we thought.
Last edited: Apr 17, 2020

big fan of LG, really really looking forward to its new release
You must log in or register to reply here.