Avatar 2 preview: what is new in The Way of Water

The greatest box office phenomenon that barely made a dent in pop culture is coming back, and it’s trying to get you hyped for a return to Pandora. The lush alien planet of James Cameron‘s Avatar was admittedly one of the biggest appeals of the sci-fi film, so the director is wisely putting the spotlight on the beautiful world in four new pieces of Avatar 2 concept art. So let’s hitch a ride back to Pandora…in a Mercedes-Benz? 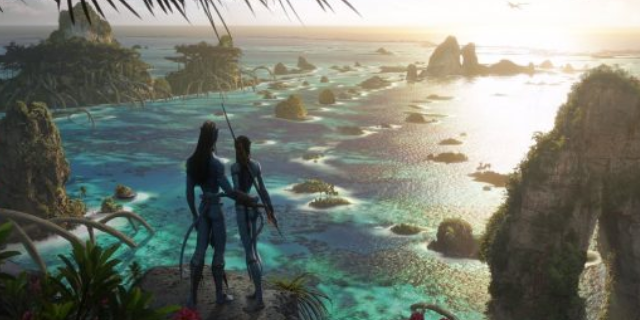 Cameron debuted four new Avatar 2 concept art images at the 2020 CES, the annual tech show held at Las Vegas. Cameron gave a sneak peek at his longtime-coming sequel to 2009’s Avatar, which broke box office records to become the then-highest grossing film in the world. The immersive 3D technology and rich lavish world can be credited for Avatar‘s success, and the new concept art expands that world even further, taking audiences to “new parts of the world.”

The concept art was debuted during Daimler’s keynote Monday night, where the automaker also presented its own tie-in to Avatar: a sleek Mercedes-Benz whose design was inspired by the upcoming films. The futuristic-looking car is being billed as “a completely new interaction between human, machine and nature,” whatever that means.
Last edited: Apr 18, 2020

I'm afraid Cameron has lost his way and is surrounding himself with far too many yes men. Avatar was lame, clichéd nonsense that had some pretty graphics and displayed nothing of the edge that Cameron used to have. It had a fabulous colour palette and a childish gimmick that's been a blight on recent cinema. There wasn't enough quality or interest or novel film making to fill the first Avatar without there being a need to bang out another four of these things. Cameron's sad demise into the world of Pandora and up his own bottom reminds me of the loss of Robert Zemeckis to animated dross. Does the wonderful back to the futures, starts banging out interesting films from Forest Gump through to the fabulous and often overlooked Contact and then just seemingly stops. It's such a shame that Cameron is either wasting, or has exhausted, his creative brilliance on a project that seems to exist only for the never ending 'fluffing' that there will be three films then four films etc etc.
You must log in or register to reply here.