Avengers: Infinity War Movie Review: my favorite film from the franchise so far

Not infinity perhaps, but a really, really big finite war, is massively entertaining, deftly incorporating dozens of characters across multiple storylines with flair. Its devotion to banter and one-liners makes it one of the funniest movies in the studio’s history, but it’s also a film where very bad things happen to good people. 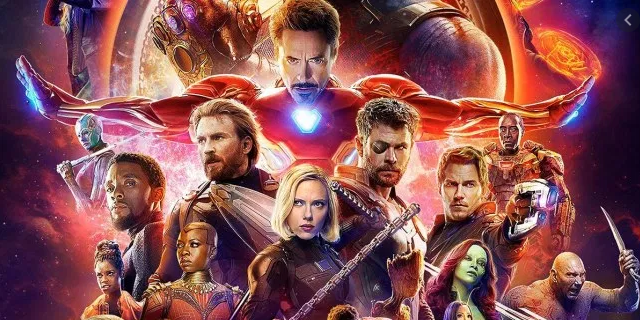 It’s a gigantic showdown between a force of cosmic wickedness and a chaotically assembled super-team of Marvel superheros.

This Marvel movie shows its brand identity in the adroit management of tone. One moment it’s tragic, the next, it’s cracking wise. It’s absurd and yet persuades you of its overwhelming seriousness. And there are some amazing Saturday-morning-kids-show moments when you feel like cheering.

Earth is being threatened by a massive malign hunk with a huge ridge chin called Thanos, played by Josh Brolin. If he gains ownership of all the infinity stones and place them in the holes in his custom-build gauntlet then he will have the ultimate power to destroy anything he wishes in the universe. And he has a chilling wish for mass slaughter of half the sentient beings in existence, so that the other half will have enough food to eat - but really so they will bow down to him as the tyrant lord. 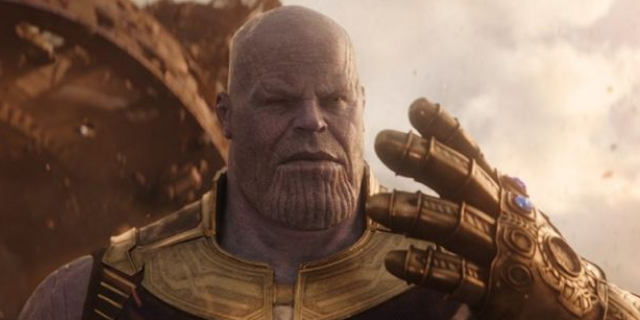 Ranged against him, of course, are the good guys who come together not in a single group but a constellation of improvised groupings, in which the alpha males have a tendency to argue. Tony Stark (Robert Downer Jr) is annoyed by Doctor Strange (Benedict Cumberbatch) and his supercilious air of intellectual superiority - and vice versa. Spider-Man (Tom Holland) shows up and bugs both of them with his millennial’s flair for pop culture references.

Inevitably, there is a little confusion. Groups of superheroes clash and each thinks the other is on Thanos’s side. “What master do you serve?” shouts one. “You mean - like Jesus?” comes the exasperated reply.”

In theory, all these superheros crammed into one movie should trigger the law of diminishing returns. And yet somehow in its pure uproariousness , it works. It’s just a supremely watchable film, utterly confident in its self-created mythological world.

one of the best Marvel film as far as I am concerned
You must log in or register to reply here.