Two years ago, upgrading home projectors to 4K became an industry hot spot, especially entry-level 4K projectors. However, the home theater heavy users are not satisfied with the resolution upgrade, they pursue the projector picture quality further, hoping to get a 100% dci-p3 wide color range. Benq 4KB257 wide gambit 4K projector is the response to this pursuit, a multi-directional improvement of picture quality performance, color accuracy of the new masterpiece! 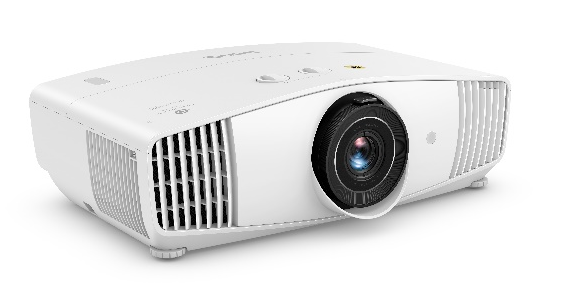 In 2016, Hollywood studios and other film and television related manufacturers formed the UHD Alliance, and published the "Ultra HD Premium" certification standard, pointing out that 4K image specifications should include multiple technical requirements, including the color gamut range, requiring the actual color rendering capacity of the product to exceed at least 90% of the DCI - P3 gamut space.

Benq wide gamut projector 4KB257 not only meets the UHD certification standards, but also exceeds the standards. It consists of the THX and isf dual authentication set-up by the professional engineers carefully, adopt CinematicColor technology, color difference Δ E control within the 3, accurately reproduce the real color style of film and television works. This demanding, the personage inside course of study is accepted and need for numerous films, benq more accord with the DCI - P3 wide color gamut of the projector, in professional film media forum, including the maximum late domestic film and television company characterized by extraordinary splendour, director Lou ye, photographer josh Pollock, a workshop, such as the colour of each link accurately in film post-production, escort. 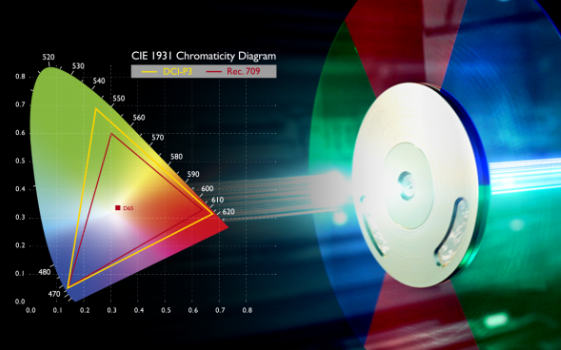 And having a professional projector at home, at a studio level, means an improved visual experience. Imagine, due to the wide color gamut DCI - P3 is Rec. 1.26 times that of 709 high-definition television colour standard color range, real full screen, the audience can follow the lens feeling magnificent sunset, evening glow from the sky and water between stretched out, burn the whole piece of the sky, so change from red to pale red, tracing the golden clouds, violet sky dreaming. Even if there is only one side of life that is divided by tall buildings in the shallow sky, but back home, open the benq 4KB257 projector, set out for a Brave New World that is more exciting than van gogh's paintings!

HDR technology is also a requirement of the 4K "Ultra HD Premium" certification standard. HDR high dynamic technology opens up the sense of layers between light and dark, making the already fine 4K images show more details of light and dark. In fact, the dark has a special power, can summon people's inner imagination, or fear or deep or mysterious, the film is the use of dark scenes to express the atmosphere. And HDR technology is particularly good for showing dark scenes in films, where "dark" sci-fi blockbusters such as Star Wars are shown in great detail. Benq 4K projector 4KB257 adopts advanced hdr-pro technology and supports HDR10 and HLG, among which HDR10 is supported by movie and streaming media operators, while HLG is the choice of TV stations represented by BBC and NHK, which cooperate with each other to support more HDR video carriers.

In addition, in order to ensure the actual effect of HDR, benq 4KB257 special set WCG filter, broaden the picture color gambit to dci-p3. As we all know, color and brightness affect each other. When the brightness level is larger, the color will be richer and there will be more subtle changes between the same color systems. And dci-p3 wide color gambit can effectively improve the degree of color richness and make the HDR picture full and true. Dci-p3 has become a "top match" before the bt.2020 gambit is applied to household products.

Not only that, benq 4KB257 home projector also USES the dynamic aperture technology, can automatically detect the light flux, adjust the aperture size, so that the dark part is heavier, the bright part is brighter, the aurora sky within reach. And thanks to automatic color correction, reduce the color deviation caused by the mismatch of HDR signals, the audience can enjoy the pure color, rich in details of the HDR content, the beautiful scenery.

Profession is cast by detail. Benq 4KB257 home projector in the design process, all reflect the attention to detail. It USES white fog reflective material to reduce the impact of reflected light on the viewing environment. And as a result of a touch of white, let it suit to expand the range of home theater more, blend in household environment, although wait for open space in the sitting room, also can release the image power that professional av room place contains. And 1.6 times zoom lens, support 2D lens displacement, also provides a guarantee for flexible installation. Look carefully, the upper part of the lens adopts the design of anti-dust lens cover, which can reduce the loss of sharpness of picture quality caused by long-term hoisting and dust attachment to the lens.

BenQ stan is coming!!!
You must log in or register to reply here.