Best Spanish Movie in 2020: it regains its physiological response?

Following the prestigious Spanish suspense movie "The Invisible Guest" in 2017, the same director Suolir Paul also presented the same high-quality suspense movie "Mirage" to the screen in March last year. And can the film with the "Spanish suspense" gimmick promoted today maintain its reputation, live up to expectations, and continue to shine? 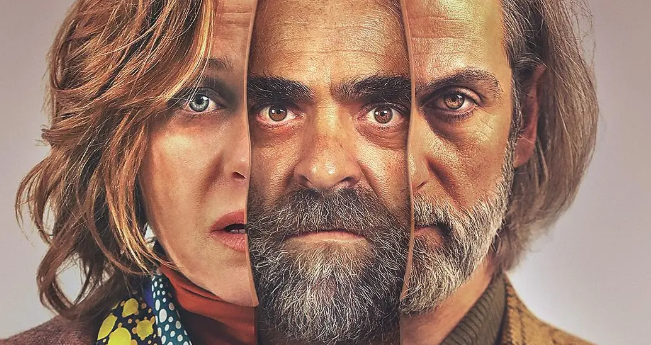 That's right, it is "Benefits of Traveling by Train"! The film has just got resources, and the majority of fans and netizens have rated it unevenly. Douban scored only an average score. However, this film, which is only 103 minutes long, how amazing and multi-mouthed, let's take a closer look.

As a novel based on a novel, the film itself is also broken down into three chapters, independent and interpenetrating. The first chapter, accompanied by the creepy BGM, just started without warning. 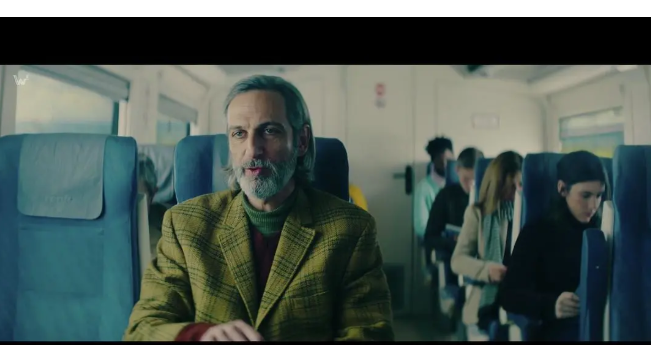 The story of course begins with a train trip. After the female editor sent her husband to the psychiatric hospital, the next morning he boarded a train to Madrid and encountered a psychiatrist who claimed to be Angel. The female editor was still full of question marks, and the doctor talked about the bizarre cases of one of her patients.

The camera begins to describe the past. The patient named Martin is an Air Force officer. After being dismissed and returned home, his father was furious. Martin then told his family why he was dismissed. 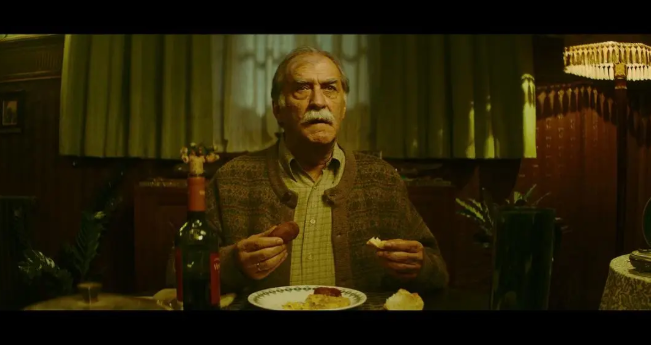 When Martin was still an official, he met a beautiful nurse in the hospital. Due to the constant wars and insufficient funds, the hospital accepted homeless orphans. The hospital that had been unable to support it was suddenly refreshed one day. Unknown so Martin repeatedly asked Little nurse, the little nurse told the truth. 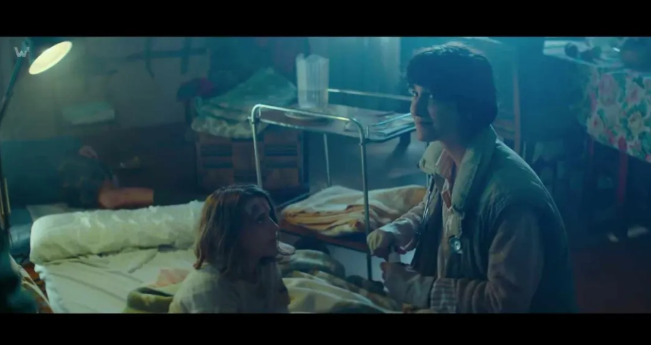 It turned out that the little nurse regarded this orphanage as her life, and forced to help her, she chose to use her body to deal with the upper class. Wealthy people provide funds for the hospital, and as a price, the little nurse has to deliver an orphan every month. It is conceivable that this group of livestock that regards money as life will use these children to do business.


Because things were too absurd, Martin's sister decided to write to Doctor Angel for help. Angel came to Martin's house according to the clues in the letter. It was Martin's sister who received him and prepared spirits and food for him. When Sister Martin tried to seduce the doctor, the doctor suddenly realized that this was not Martin's sister at all, and this one was Martin himself!

This is also in line with the doctor's sentence "he has a very strong hypnotic ability", even in front of the doctor can hide from the sky.

At this point in the story, you may feel that you are close to the truth, but you are wrong. The woman who rides on the train itself also hides an amazing story.

Do you remember that the film began to be sent to the husband of the female editor of the psychiatric hospital. The female editor and her husband met while walking the dog. The mating of the two dogs at the first encounter seems to set the tone for the emotional development of the two. Sure enough, the husband's spirit is indeed a problem, but in this film, you want to seriously expect which character is normal, then you lose.

Men are crazy obsessed with dogs, as can be seen from the furnishings of their homes, this obsession gradually evolved, and finally manifested in the wife, the husband first let the female editor make the sound of bitch in love, and then send the dog collar, Feed the dog food, and finally let the female editor move out of the house, sleep in the kennel, and even let the dog mate with his wife. 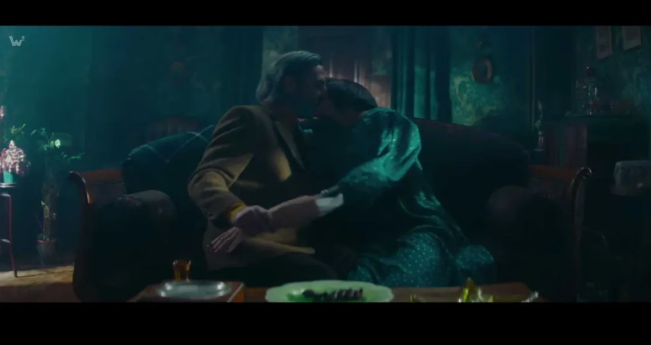 The female editor finally broke out after repeated tolerance. In a sad love story, this section of her husband's head being cut open, and the brain digging out the brain to feed the dog really makes people feel physically uncomfortable. Fortunately, this is just a speculation. 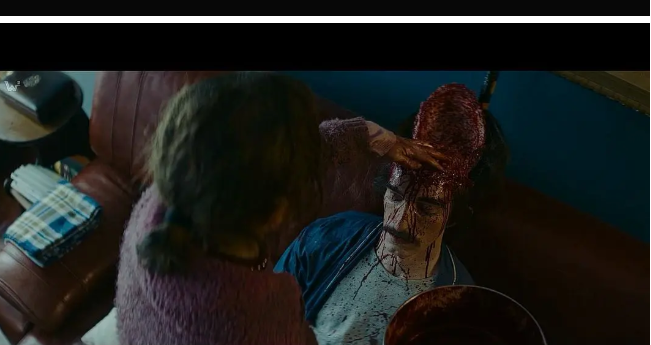 A few days after the female editor anesthetized her husband, the female editor returned home and witnessed her husband stirring his excrement with a wooden stick, and then sent him to a mental hospital not far from home. The film is responding to the opening title here, and the story is slowly connecting. But the story is not over. Believe me, you will never know what movie you are seeing before the last second. 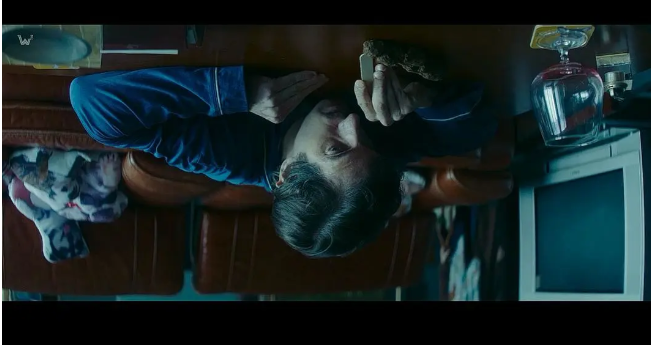 The camera returns to the train compartment, and the female editor opens the folder of the case left by Dr. Angel. Another case arouses her interest.

This is a sad love story about two unsuccessful youths. The girl ’s affectionate love is overwhelmed by the boy ’s dead heart. This unspeakable pain is like the girl ’s leaving the foot full of ignorance.

In the last chapter of the film, the title of the rebate was finally reluctant to tell the truth, but the truth is still reversed to surprise you.

The female editor who got rid of her husband followed the address to find Dr. Angel's home, preparing to return his lost folder. Unexpectedly, this Angel Doctor turned into another face, and claimed that he had not lost the folder at all. Under the advice of his wife, the doctor invited the female editor to enter the house to have a deep discussion. Only then did she know that the so-called patient Martin was the man whom the female editor met on the train, and this doctor Angel was genuine, and the doctor ’s wife was Martin's sister. This time, the truth was finally revealed, and it was really breathless. 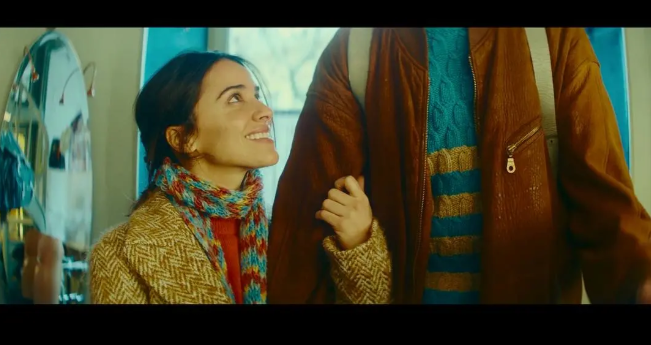 At the end of the film, the female editor still took the train. This time she was sitting opposite another person, who also asked her, "Do you want to listen to my life?" 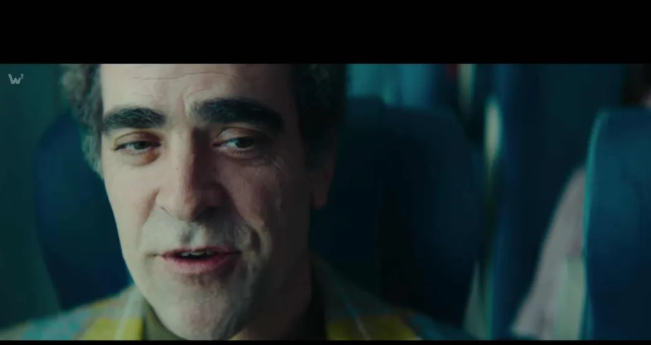 The film stopped here abruptly. Perhaps this is the benefit of traveling by train. We met different people and listened to them tell different stories, but have you heard this strange Russian matryoshka story for the first time?
You must log in or register to reply here.