Capharnaüm: Lose at the starting line

He thought it home" for some titles violin, the first half plaintive adagio reminds me of the "Schindler's List", the latter half of intense Allegro reminds me of the "Angels and Demons." After watching the movie, I found some magical meanings in these two associations. The lives of the children in the movie, and even the life of the refugee group, are like those of the Jews of that year. They are more desperate than ants and desperate than a bottle of ketchup with a name. And those children are supposed to be the angels of their parents, but they are all in purgatory and are being burned by the flames of the devil.

At the beginning of the film is a overhead shot, like a compassionate God looking at his forgotten people. Every roof and every window hung poverty. The hateful thing is that the poor cannot exchange hard work and kindness for fat horses. They can only cheat each other, exploit each other, use each other, struggle between the weak and the weaker, and live like a canned sardine. Obviously nationals, their motherland turned them into illegal refugees hiding from Tibet. We living in the high-speed rail, 5G, Alipay and WeChat ecosystems cannot imagine the lives of Lebanese people. As Zane ’s mother said, “You people who do n’t worry about food and clothing have never experienced such despair in nightmares. If I have a choice, maybe I will do better than you. " 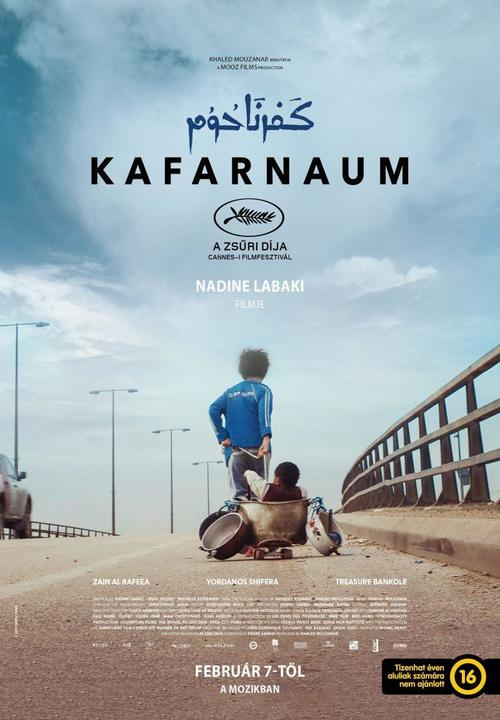 A 12-year-old protagonist Zane can hardly squeeze out his smile. His smile turned out to be so beautiful, but his life was cruelly deprived of his innocence. He must even learn to feed himself and younger children with simple drugs. Outside the screen, I shed tears and choked, and Zane only wiped away tears decisively and quickly, and faced the difficulties. In such an environment, there is nothing to trade for misfortune. He doesn't allow himself to collapse in tears. In order to live, he can lie casually, steal, rob younger children, or even make drugs. He was not qualified to go to school, and he didn't know how old he was, but he did everything he could for Jonas except for a breast that could shed milk. In the detention center, some people sang and danced, and some people prayed, but he was expressionless, and he read through the vicissitudes of his heart as if it were ashamed. Perhaps he did not understand why he wanted to live, but now that he had come, survival and survival became an irrefutable necessity. Only once, he cried uncontrollably, and his youngest sister went to heaven. He had tried so hard to cover up the marks she had grown up, but after all, he was unable to preserve the tenderness he wanted to protect. The price of the underage girl's happy life is just a few fluttering chickens. Her bud-like body has been red before the bud sprung up.

His parents are the least able to become parents, but they have to endlessly give birth. Their children come to this world one by one, but they live like a litter of mice. The kind-hearted man bought Jonas and said that he would find a better family for him, but when the police searched, he was still in a metal cage. That is the fate of these children, but from one iron cage to another. Mesum's rivers and lakes at a young age are rich in experience. Guess Jonas is a begging tool that Zane stole to get sympathy. It can be seen that such things are common in their group and familiar. Many of these casual lines in the movie sound thrilling and bloody when they are carefully heard.

There is a line in "The Revenge of a Mother" "God can't be everywhere, that's why there are mothers in the world". This may be the highest praise for mothers, but not all women who have children can become real mothers. I hate Zane ’s mother a little, but I also sympathize with her. She is not completely ruthless. In other words, I am in her situation. I may not do more morally than her. She has more important choices that she thinks. Doomed to pay a painful price for this, but she really can not be regarded as a qualified mother in the true sense. All her mission to live with her husband seems to be waiting for the aphrodisiac of a one-time hormone, just like some families in rural China are persistently expecting a male laborer, they have children to be able to beg for one person or sell drinks.

Irresponsible blind birth is also a crime. Bringing a life to this world is for TA to experience a wonderful life, not for TA to be wronged and tortured. I still remember that Sun Fang in "Finding You" said, "It would be good to have a baby. I want to give TA the best and best life." But she has no ability but to fulfill her promise to children except wishful thinking. The moment the sperm of Zane's parents was on the brain, the child was destined to have been lost in the womb. If there is a fair environment, maybe they still have the opportunity to turn back and counterattack. Unfortunately, except for the environmental turmoil and social injustice, they ca n’t wait for hope. The fair rights granted by God in such a world full of human disasters are unreachable fantasy. . Others said that Wang Sicong was the one who won on the starting line or was born directly on the finish line. Then, Zane's children are the ones who can never get on the runway. Only when there are major changes and reconstruction of the social order will they be opened a window of opportunity, and this is not only the dream of the individual's hopelessness, even the state machine is unable to reverse the world. Some of their children were born but it was as if they had never been before. They had no identity. They came quietly and died quietly. No one knew their story. 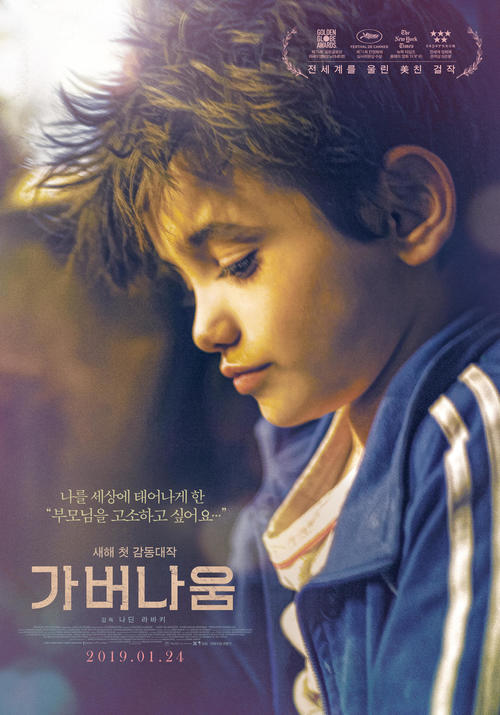 Zane ’s only appeal against his parents was “Do n’t regenerate”. He did n’t want to see the child in his mother ’s stomach turn into another Zane, Saha, Jonas, and Mesum, and he did n’t want to learn to tie with a rope. Live the ankles of smaller children. Prison life is instead a stage in which Zane ’s life is most like a person. In all the shots, the most magnificent building is the prison. With the brightest sky and scenery in the film, it is relatively crowded and messy, and the taps are disgusting. The iron cage of dark red mud, the prison is the most stable and peaceful home. It was only after imprisonment that Zane finally gained his identity, which is inexplicable irony.

The name "Why Home" is translated very well. In my opinion, the Zanes have fathers and mothers but no parental support. There has never been a place where they can be called home to protect them. The director explained that the original name of the film meant chaos. The children were alive at random and could not predict the state of life at the next moment. What can be predicted is that he still needs to do his best in the chaos at the next moment. People are not sympathetic and qualified to throw away more than half of the cake, but they are still willing to buy a loaf of bread for the poor occasionally, but a generous rich person can solve the poverty of a poor person, facing the deformity of a society, the whole world The problem is that a group of rich people can't reverse the poverty of a group. The encounter of the Zane gave me a great sense of superiority in front of the screen, but also accompanied by a huge sense of guilt. I was also born as a human being. I do n’t know why I live more comfortably and comfortably than them. The most frustrating thing is that apart from cheap sympathy and self-deceiving prayers, I do n’t know what I can do for them.
Last edited: Apr 17, 2020

The real name of the actor is Zane, also did not go to school, fortunately because the family of this film was able to immigrate to Norway, become a dream happy ending. In the film, Zane has become a nurturer of Jonas. In reality, the young actor Zane has also become the savior of the whole family. In this world, there are too many children who should have innocent joy can not understand the childhood they encountered. The director said, "This problem exists all over the world. Many children are born and died without the world ’s knowledge. They are invisible. After a lifetime, it seems as if they do not exist at all. "Without deliberating, they were pushed into this world full of disasters and injuries, and were treated brutally and rudely, and no one granted them the right to choose. When they grow up, they will repeat the experience of their parents and give birth to children again and again without hesitation. From the moment of conception, these children have lost to the starting line, and they have never even been qualified to stand on the starting line. In addition to crying a few truths in court, Zane ’s parents have the qualifications to compete with the female lawyers on the plaintiff ’s seat. If Zane ca n’t go to school in his life, even if he is given his ID card, he wo n’t know his name.