With the engrossed obsession we seem to have with social media and entertainment today, The Truman Show's satirical take on the epitome of reality T.V. candidly and beautifully exposes our lack of observation to the details around us, the horrors of life stripped of privacy and the importance of genuine and mutually caring relationships. 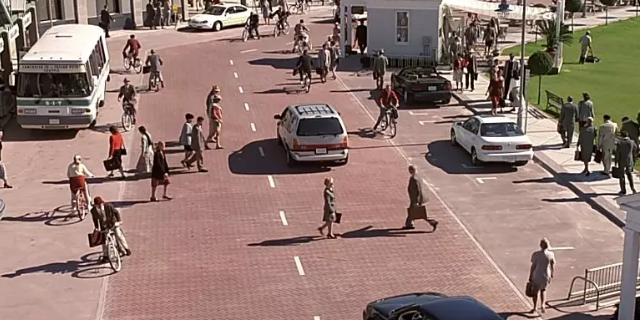 Jim Carrey stars as an overly friendly while likeable sitcom personality named Truman Burbank who is the lead "celebrity" in a reality T.V. show called The Truman Show. From the day Truman was born, an entire set was created as his home in a dome-like studio on the island of Seahaven, which replicated, in every aspect, a perfectly normal community. Every citizen, besides Truman, is an actor. This entire world is controlled by the show's director Christof (Ed Harris) who along with his team stream Truman's every move seven days a week, twenty-four hours a day to the entire world. 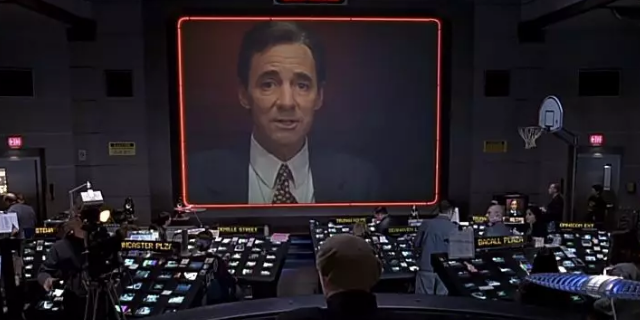 One of the most successful elements in this film involves the carefully curated details planted in Truman's backdrop, with sometimes exposed set arrangements or actors out of character, rendering obsessively comical effects to the absurdity of the world. Another theme that is perfectly conveyed is the genuine courage that Truman musters to find his individuality in an imperfect world rather than the sheltered perfection he was brought up in. The film brings up multiple "big ideas" that are provoking to our prevailing understanding of society and ourselves. Before Truman began to notice bizarre details in his life, he never questioned or cared to look around him. Once he did become attentive of the details of daily life in an effort to find suspicious flaws, he was able to find frivolous patterns that affirmed his suspicions of his world, for example the lady, the flower man and the car that would pass by his house on a loop each day or his wife's constant impulse to blankly stare a hidden camera and recite the shows' product ads. 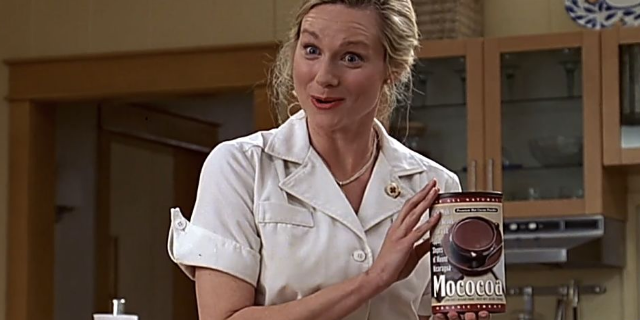 Since the producers essentially manipulate Truman's most intimate contacts, going as far as arranging means for him to engage in a relationship with Meryl (Laura Linney), his soon to be wife, we witness the dangers of a relationship without love and sincerity. Truman and Meryl are technically high-school sweethearts, but Meryl was never the girl Truman chose willingly, as the show makers blatantly did so for him. In a flashback, we see Truman admiring Laura (Natascha McElhone) who through defiance of the producers' orders goes on a date with the former. 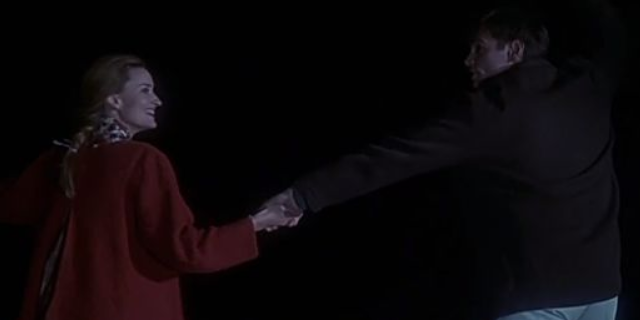 Although she is an actress, she starts to truly care about Truman for who he is, something that no one else in the his life seems to do. Since Laura becomes the only person to give Truman something that was for once real, he continues try to search for her after she quits acting for the show in the midst of his superficial marriage with Meryl, who in actuality is married outside her acting life. 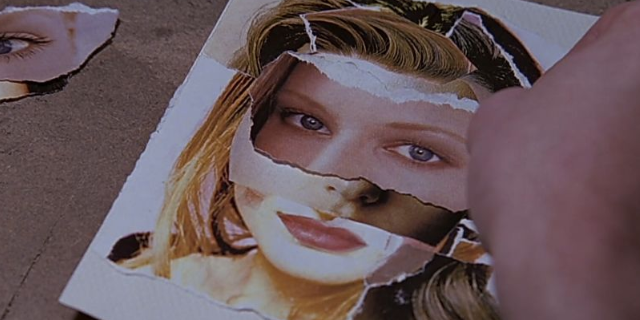 However, even as viewers of Truman for the first time, we follow his journey like the television viewers as we watch his growth from an innocent and simplistic man to one who is ambitious and unafraid. While Jim Carrey's natural gift for comedy highlights in earlier scenes just how wacky and laughable Truman is, in his struggle against everything in his world from the actors who come out of nowhere to his wife who fakes going to work everyday, we see that despite his naiveté, his genuine heart leads him to persevere for the truth. In a final confrontation between Carrey's character and Harris', Truman asks "Is nothing real?" to which Christof answers "You were real."

In a nutshell, The Truman Show is an entertaining, hilarious and emotionally startling film that uses a smart idea and revolutionizes it into an even smarter and profound one on screen. It's originality, relatable concept and moving characterization will keep its viewers rooting for the spiritually uplifting "True Man."


"Good morning, and in case I don't see ya, good afternoon good evening and goodnight!"
You must log in or register to reply here.