Cyberpunk 2077 disappointed many players when it was released. The game was buggy and had parts removed.

CDPR's developers haven't given up on Cyberpunk 2077, though, and they're still working on it. Recently, Cyberpunk 2077's lead mission designer Paweł Sasko took to Twitter to ask for feedback, hoping to get a sense of which missions were popular and which weren't. 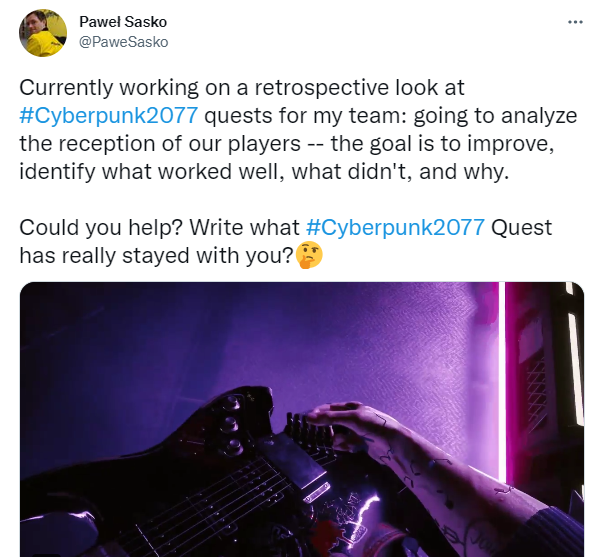 Despite cyberpunk 2077's poor initial performance, many fans believe the game's potential will be realized by the constant release of updates. Paweł Sasko wants to know what missions or stories players are impressed with when they play. He wants to analyze why that part of the game is popular with players and use that to improve the game.
J

Does anyone still play this game?
5

I want my money back
A

It's been almost a year, and it hasn't been optimized yet?
You must log in or register to reply here.