"Los Angeles Times": delicious, chewy, and discarded after use, just like bubble gum.
"Little White Lies" magazine: All comic films are just as fun.
FanSided: A colorful, hip-hop story about women as the center and seeking autonomy.
Starburst: It may not be all ideas, but the film has used the characters and concepts well enough.
BBC.com: No matter how hot the movie will be, I suspect no one will love it as much as the movie loves itself.
"Empire" magazine: messy, the middle part is weak, but the film has vitality, chaos and guts. "Hally and the Joker" is dead, long live Halle Quinn.
"TimeOut" magazine: Director Yan Yuqian asked her to create a messy, weird and very fun story about the heroine's wild lead. 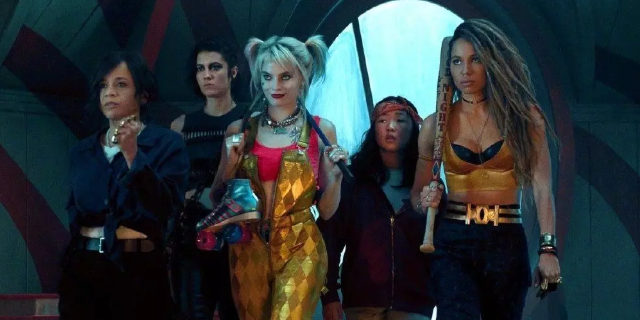 An American superhero movie released in 2020, adapted from the comic of the same name under DC Comics, released by Warner Bros. "Raptor Squad and Halle Quinn" is a derivative work based on the main character of the movie "Suicide Squad" released in 2016, and is the eighth work of the DC expansion universe. The film is directed by Asian female director Yan Yuqian, screenwriter Christina Hudson, Margot Robbie, Mary Elizabeth Wenstead, Jenny Zemoret-Bell, Rosie Perry Starring, Chris Messina, Ella Jay Basco, Huang Ali and Ivan McGregor. After the plot is set in the "Suicide Squad", Halle Quinn teamed up with Black Canary, Huntress and Renee Montoya to rescue the young girl Cassander from the black mask of Gotham City's crime leader Kane.


After the suicide commando rescued the world, Batman disappeared unexpectedly, and Gotham City was unguarded. After breaking up with the clown, Halle Quinn and Black Canary, Huntress and Renee Montoya teamed up to protect the young girl Cassandra Kane, who was accidentally obtained the diamond of the black mask of the crime leader of Gotham City. Get involved
Last edited: Apr 17, 2020

DC vs. Marvel, which one would win in 2020？
I bet on DC, The latecomers surpass
You must log in or register to reply here.