The movie Miracle in Cell No.7 (2013) was made by Korea, known as the tearful artifact. The film tells a story of the tender relationship between an intellectually handicapped father and daughter and a prison roommate. Room 7 is the number of the cell. A few years later, this movie is out of a remake of Turkey.

Compared with the original version, Turkish version adds the role of grandma, I think it is not abrupt, and even makes the movie more tender. The original version is very skillful in the narrative of the film, the rhythm is well grasped, not too slow, and gripping, but the Turkish version seems a bit rushed, even possible, but I think the overall is still very good, and very tearful , Just did not reach a resonant emotional climax. A tender story between a mentally ill father who was wrongly accused of murder and his lovely six-year-old daughter. 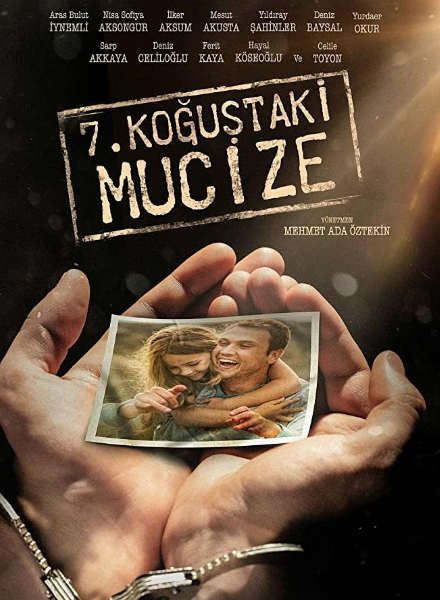 ​
The little girl Ova, father and grandma lived a simple and happy life.

Grandma's explanation is very warm about his father's difference.

She told Ova that her father was only at the same age as her.

In this way, Ouwa understands very well and is closer to his father.

Turkey at that time was still under military rule. Even children need to participate in some political activities. This is a major change in the film, and it is also to highlight the huge impact of several reprimands on Turkish history. A smart audience must easily guess that the cause of the incident of injustice is inseparable from the senior army officials. In the film and Ova like the same school bag happens to be the commander's daughter.

In order to better fit the times and regional characteristics, the schoolbag was changed to Heidi.
How prestigious is the army commander? At the family barbecue party, there is a team of guards armed with live ammunition.

Not far from them, Ova's father found the daughter of the commander who carried the Shanghai Di schoolbag and played with her. The little girl accidentally fell into the cliff and into the water. But this scene happened to be seen by a deserter hiding in the ruins. Ova's father also saw someone in the ruins.

What is the so-called gift in Room 7?

It should have multiple meanings.

The inmate's gift to his father is to bring in the daughter he thinks about every day and let them meet.

And in the end rescue his father out.

The gift of Ouwa's father and daughter to the inmates is a warm awakening of others and a longing for life.

Once the desire for freedom in mind is finally out of the cell, it is the real rebirth.

I vote for the original version, it is classic
You must log in or register to reply here.