Disturburing Movie List: Love It, but You Would Never Watch them Again

What movie is so disturbing, you would never watch it again?
I would go all in on Steven Spielberg’s Schindler’s List.

Its not just me, everyone involved in making the movie were so disturbed. I read that in scenes when the Polish extras (playing the role of camp prisoners) were stripped and humiliated, the whole film crew would breakdown and end up in tears and they had to start over again. Everyone knew it wasn’t real and it was just a film. But still they couldn’t stand the injustice shown in acting. Spielberg used to speak to Robin Williams to cheer up after shooting.

One of my favorite scenes was when a young Jewish lady who had been just brought to the camp pierces her finger with a needle, draws out blood and applies it as makeup in order to not look sick or weak. Man, was I moved!

The other scene that I was devastated by was the water spray scene. People stacked and piled like animals in the carriages, shouting and crying with thirst & hunger. You could see Schindler moving quickly & ushering the guys to spray more water. It felt like Liam wasn’t acting out the scene - his pacing was so fast revealing his anxiety & that was exactly how I felt. 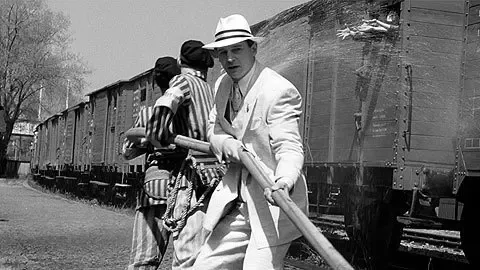 The other best scene was the little girl in the Red coat. The first time I watched, I couldn’t understand why the whole film was in Black & White, except the girl in red coat. But later, watching Spielberg’s interview, I learnt it was a metaphor to Europe, US and the rest of the world. Something so obvious as the Holocaust was happening in Germany and the whole world decided to turn a blind eye and ignore everything - I was blown after realizing the meaning. 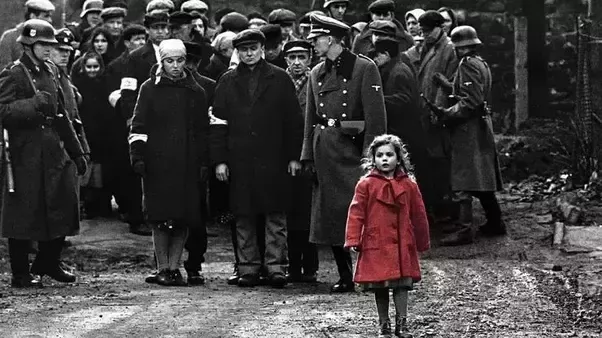 This film also happened to be Liam Neeson’s career best performance! Other famous names like Mel Gibson were considered for the role of Oscar Schindler but Spielberg didn’t want the film goers to preconceive anything from popular lead actors. Liam at that time was starting up at Broadway.

The scene where Ralph Fiennes shoots Jews from his balcony, still sends shivers down my spine. He is a great actor but every time I see him in a different movie and in a different role, I still get chills as the image of him as Goeth is etched in my memory. And to add injury, Ralph always plays the villain role in most movies he is a part of.


My respect for Steven Spielberg went off charts when I learnt that he made Schindler’s List and Jurassic Park in the same year, 1993. Hell of a commitment! I could not even commit more than 2 semesters in a year. Two block buster films in a year - Respect! Spielberg also wanted to complete Jurassic Park before beginning Schindler’s because he thought he could not make a dinosaur movie after the Schindler’s movie. And the man never earned a penny out of this movie stating it was blood money. Salute again!

I watched the movie only once, but it has been burned in my memory ever since. This movie will always stay at top of my list of ‘the movies I love, but never want to go through the experience again’.
Last edited: Apr 17, 2020

I agree. It was a movie that I felt I must see, and I’m glad I did—but I never want to see it again. Saving Private Ryan is a close second, for me. It’s so disturbing to see how we treat our fellow man!
You must log in or register to reply here.