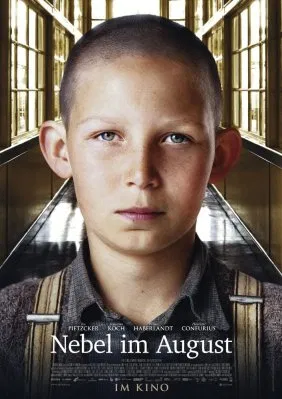 Between the years 1939 to 1945, an estimated 200’000 patients including 5’000 children – who were deemed physically and mentally disabled, were systematically murdered through an involuntary euthanasia programme named ‘Action T4’ across Nazi Germany. 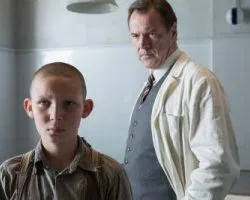 After much protest from both the public and religious figures, Hitler stopped the programme. But the mass murder did not end there. Instead, it was moved to nursing homes and children’s hospitals were physicians could carry on the programme ensuring that patients died inconspicuously, to avoid raising suspicion. Our window into this barbaric period in history is told through the eyes of a 13 year old child in director Kai Wessel’s impressive feature, Fog in August (Nebel im August).

Set in Southern Germany during the early 1940s, Fog in August charts the harrowing true account of Ernst Lossa (Ivo Pietzcker) – a 13 year old Roma boy. Ernst is undoubtedly a bright child, but his rebellious nature is a trait that has seen him on several reform programmes, which have all until now failed. As a result, Ernst is shipped off to a psychiatric unit were he is evaluated and treated until his father collects him. Before long Ernst’s suspicions are raised when see’s friends dying in numbers in the hospital under the supervision of Dr. Veithausen (Sebastian Koch) and Nurse Henriette Confurius (Edith kiefer). Soon Ernst hatches a plan to run away with fellow patient and close friend Nandl (Jule Hermann). But when the full horror of the atrocities that are being committed around them is discovered, Ernst’s frenzied protests and resistance to comply, puts him in grave danger, with time surely running out. 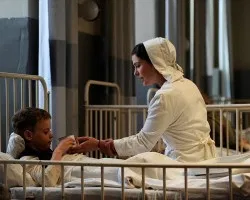 Like Mark Herman’s The Boy in the Striped Pyjamas before it, Wessel uses the innocence of a child as our gateway into the needless barbarity committed during this period in history. Having the reference point of Ernst is deeply effective in conveying the fear and confusion he, and children like him must have endured daily. Pietzcker oozes with boyish charm and charisma as the young Ernst. He carries the weight of the film on his shoulders in an exquisite and deeply moving lead performance. Koch also does well in conveying the many faces of the charming and seemingly ‘caring’ Dr. Veithausen. Behind the kind and playful façade he has with the children, lays a Nazi convinced by the scientific importance of eugenics ideology.
Last edited: Apr 17, 2020

Despite the cold and clinical environment of the hospital, Wessel intuitively reminds us that children wherever they are, and whatever their circumstances, never not stop being children. This is expressed in playful conversations, games and friendships that could easily be taking place in a back garden somewhere or in a school playground, and all under the lingering shadow of death that hangs above their unassuming heads.

There are a few pacing problems in the third act that retread similar themes and add unnecessary subplots that only serve in slowing the momentum of the main narrative. It could also be argued that some of the characters are not given enough screen time or depth to register any significant importance with the viewer. But these are minor gripes in what is otherwise a crowning achievement.
You must log in or register to reply here.

XGIMI H3S VS. XGIMI H3, Which One is Worth Buying?