Epson PowerLite Pro Cinema LS10000 review: has everything I expect from a projector at this level.

The Good
The Epson LS10000 utilizes a laser light engine instead of traditional replaceable lamps. Its outstanding picture quality exhibited deep black levels, superb color accuracy and versatile video processing options. It starts up faster than other projectors, and its feature set is top-notch. Setup options are comprehensive, operation is whisper-quiet, and its styling is sleek and modern. 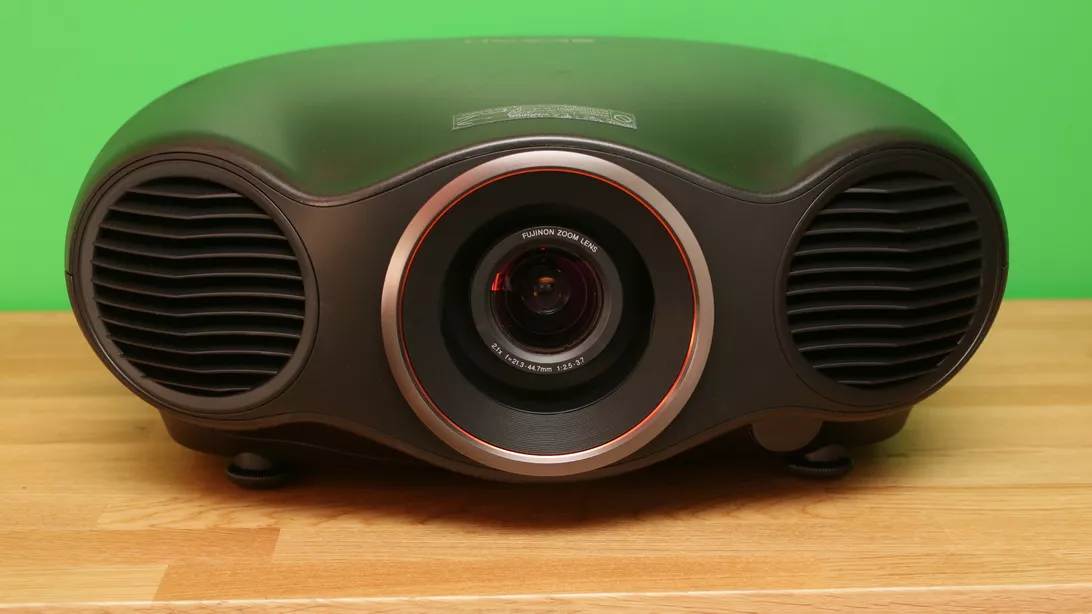 ​
Design
Lasers might obviate the bulb, but the LS10000's body is plenty bulbous anyway. The massive, rounded unit measures 22 inches square and weighs 40 pounds. Its shape puts me in mind of a sci-fi vision: the head of a streamlined combat robot, with a single eye in the center that can retreat behind its motorized cover when powered down.
Matching rounded vents (railgun ports?) appear to either side, and a detachable cover (armor plating?) can conceal the connections around back. Manual overrides are available via a flip-out panel on the side (if you can make it past the exterior defenses). 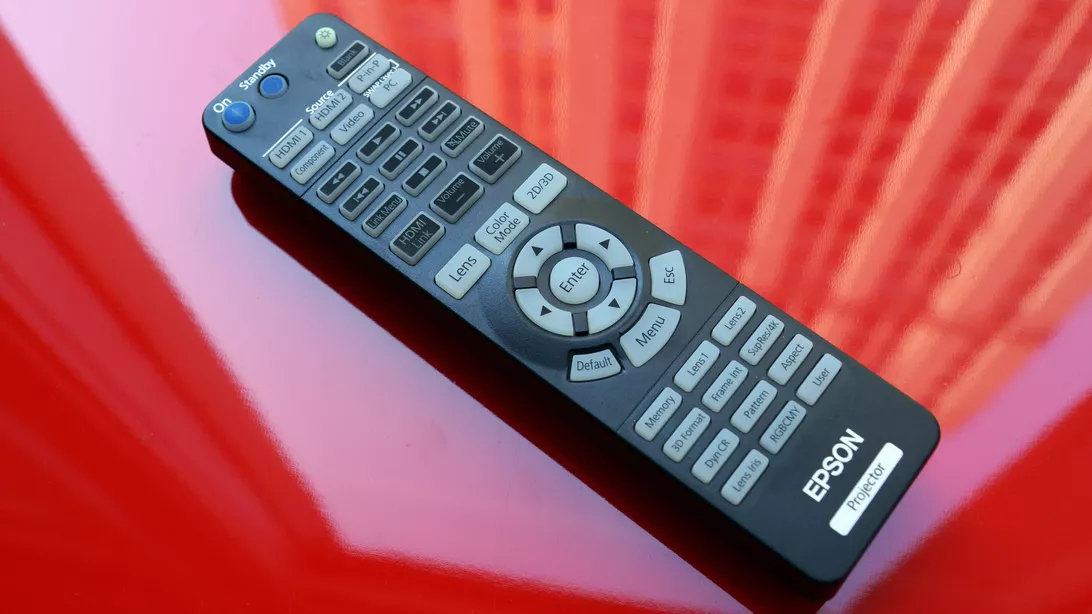 Epson's remote is decidedly less futuristic but presents a formidable face of its own. A big backlit button exists for direct access to seemingly every function. The menu system is nothing fancy either, filled with esoteric adjustments and nested options that are, unfortunately, par for the projector course. I challenge anyone to find Game mode on the first try.


Epson touts the quiet operation of the laser system, and indeed, during operation the LS10000 was basically silent on my ceiling mount in all settings. Fan noise is not an issue with this projector. Then again, the JVC and Sony were also exceedingly quiet in their home-theater settings, so I don't consider this a significant advantage for the Epson.
Startup time was another story. The LS10000 leapt to life, not quite as quickly as a regular TV, but faster than any lamp-based projector I can remember. It took 26 seconds from pressing the power button to projecting a fully bright, watchable image. The Sony took about that long for any image to appear at all, while the JVC took 45 seconds. In both cases, the picture started out dim and discolored and took around 1:20 to achieve full brightness and color. The Epson also restarted (from on to off to on again) in about 20 seconds, while the others had to go through cool-down periods as long as a minute and a half before being ready to turn on again.


​
​
The three main projector types are DLP, LCD, and LCoS, but this Epson is none of the above. Its chips are composed of Liquid Crystal on Quartz, which Epson calls 3LCD Reflective. Of the three ,it comes closest to LCoS (liquid crystal on silicon), and according to Epson offers improved pixel density and improved aperture performance compared to LCD.
Also: frickin' lasers. Most projectors use replaceable bulbs, er, "lamps," that last around 3,000 hours before needing to be replaced. The LS10000 uses two blue lasers that last between 17,000 (in Power Consumption: High mode) and 30,000 hours (in ECO mode) and cannot be replaced. One blue laser creates the blue light, while the other blue laser hits a yellow phosphor, which is then split to create red and green.

In addition to improved lifespan, lasers allow the LS10000 to start up and achieve full brightness faster than lamp-based projectors, stay quieter, and respond faster to changes in brightness than a typical iris. The LS10000 isn't as bright as some lamp-based units but still plenty bright for darkened home theaters.
Epson says the combination of 3LCD Reflective and lasers delivers "unprecedented black levels, displaying zero lumens during full-black scenes." Check out the Picture Quality section for what we say. Ditto for Epson's "4K Enhancement," which shifts each pixel diagonally, and adds various levels of edge enhancement, detail enhancement, interpolation and marketing magic to approximate 4K.
Last edited: Apr 17, 2020

Unlike Sony and JVC, Epson actually includes 3D glasses (and has a built-in RF emitter) on its ridiculously expensive projector. The unit complies with the full-HD 3D standard, so you can pair it with any glasses that also comply, down to the $20 Samsungs.
The LS10000 supports expanded color gamuts, namely Adobe RGB and P3, which are absent from the Sony and JVC projectors. I didn't test either mode for this review, mainly because I don't normally test for photography-specific color spaces (like Adobe RGB), and no because P3 content is available for home video. Epson told me that whether the LS10000 will be able to support future P3 content depends on the (as yet to be determined) characteristics of the content itself, including whether it's backward compatible. That's not very reassuring, but it does make sense. 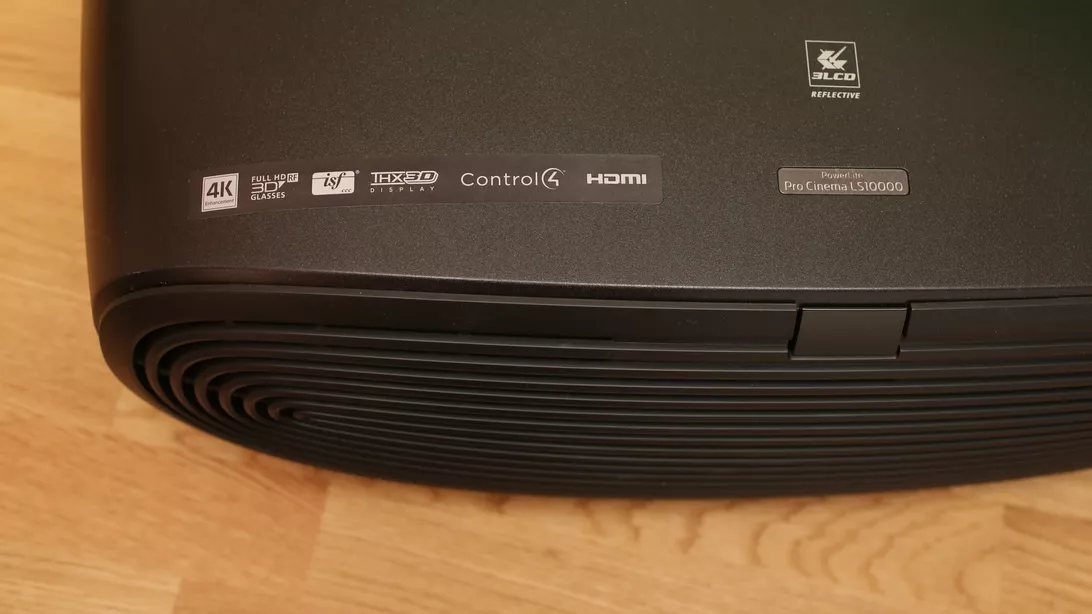 Epson sells the similarly laser-powered LS9600e for $5,999 in the US. (It's not available in the UK.) It has a slightly lower lumens specification (1,500 vs. 1,300 lumens) and lacks the 4K Enhancement technology of the LS10000, as well as its wider color gamut modes. It does offer something the step-up model lacks, however: A wireless HDMI input box with five HDMI inputs, which obviates the long cable run from source(s) to projector.

The LS10000 has everything I expect from a projector at this level. Thanks to the four independently adjustable legs, and power zoom, focus and lens shift, setup was easy. Focus was sharp everywhere on the screen (once I disabled the 4K upscaling feature; see below).
The Epson can work with anamorphic lenses and includes a powered lens memory function that can maintain constant height for up to five different aspect ratios -- a boon for people with ultrawide (2.35:1) screens. As I expect from a three-chip projector in this range, there is a panel alignment control, which I didn't need to use since there were no panel alignment issues on my sample.

​
Picture settings:
Epson offers a cornucopia of adjustments. There are seven picture presets (including a THX mode) for 2D and three more for 3D, as well as the ability to save your settings to any of 10 custom memories. There's a custom gamma setting in addition to five presets, a two-point grayscale control and a full color management system. You can also choose from 12 iris levels (static only) as well as three brightness modes to manage overall light output. 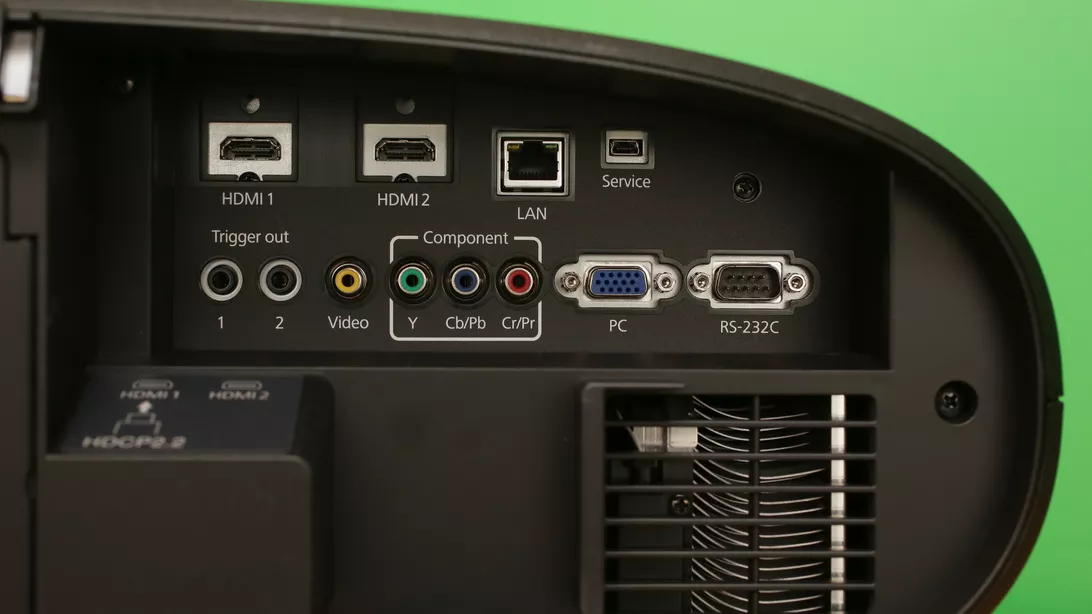 Picture quality
The LS10000 delivers a better picture than any LCD projector I've tested and challenges the best D-ILA units have to offer. Its black levels and contrast outclass those of the Sony VPL-VW350ES, although it doesn't reach the inky depths of the JVC DLA-X700A. In most other areas, including color accuracy, video processing and 3D picture quality, it's top-notch, albeit a half-step behind the more expensive, true 4K Sony.
Last edited: Apr 17, 2020
You must log in or register to reply here.