Fengmi S5 - Laser in a Pico

even smallish pj's are going Laser, I guess this will be the trend in the long run

In recent years, home audio-visual entertainment has ushered in a new upgrade of digitalization and large-screen display. Projectors, especially laser projection, are gradually favored by consumers due to their more immersive viewing effects and cost-effective advantages. According to data from RUNTO, an industry research institute, in the first quarter of 2022, the laser projector market in mainland China shipped 112,000 units, a year-on-year increase of 26.1%, of which the home market shipments accounted for more than 60% of the overall market. , a year-on-year increase of 36.2%. As a "laser intelligent projection leader", Fengmi Projection (hereinafter referred to as "Fengmi") has always adhered to the corporate mission of "moving the theater home", providing consumers with multi-price and multi-purpose laser projection products. Recently, Fengmi revealed that the first laser projector to be released this year, the Fengmi S5 laser projector (hereinafter referred to as "Fengmi S5"), will bring consumers the ultimate large-screen visual experience. 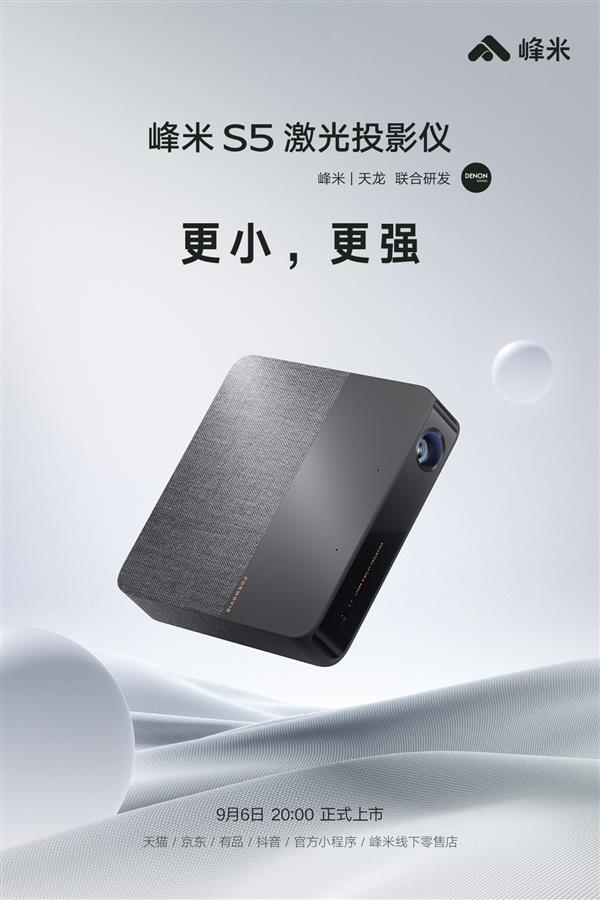 Fengmi S5 is equipped with ALPD® laser display technology, which is a high-end technology used in cinema laser projection halls. It is an extremely efficient light source with better light efficiency, wider color gamut and higher contrast. It makes the projector comprehensive Miniaturization and high efficiency. Under the same brightness, the laser projector is 30%-50% smaller than the LED projector. Under the same body, the brightness of the laser projector is 2-5 times that of the LED, so the Fengmi S5 is ultra-thin. It has 1100ANSI lumen brightness under the fuselage. In terms of sound effects, Fengmi and the famous audio brand DENON designed the tuning for Fengmi S5. It can be said that Fengmi S5 is "smaller and stronger" than projectors at the same price. , can be dealt with calmly.

Of course, this is not the first time that Fengmi Projection has popularized high-end technology for home use. In October 2021, Fengmi launched three epoch-making new laser micro-projection products, including the pioneering work of the laser micro-projection track Fengmi R1. The Nano ultra-short-throw laser projector, the slim and powerful Fengmi X1 laser projector and the mini Fengmi P1 pocket projector, Fengmi adapts the laser technology originally used in the cinema laser hall with three products For projectors, it opened a new track for laser intelligent projection, and brought laser projectors into the civilian price range for the first time, covering the price of 3000-4000 yuan, promoting the popularization of laser light sources for household use, and fully opening the era of laser micro-projection for household images. 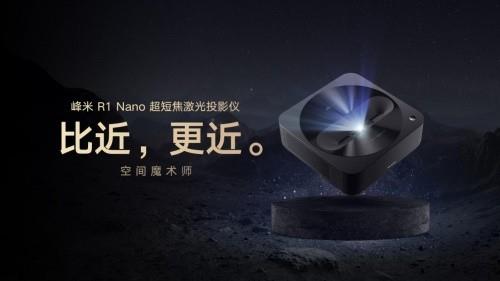 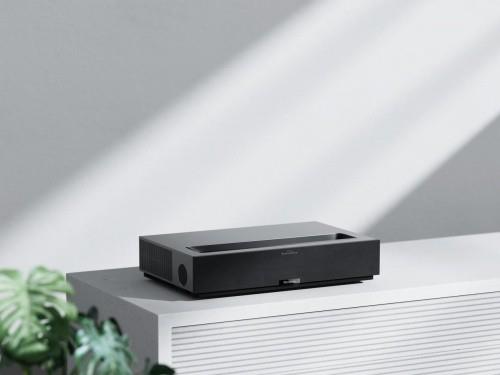 In September, Fengmi S5 will be launched soon. What new usage scenarios will the laser light source and compact size bring to consumers? In addition, what kind of shocking listening experience can the cooperation between Fengmi and DENON bring to consumers? What other innovative breakthroughs are there in terms of hardware configuration? At 20:00 on September 6, Fengmi S5 will be pre-sold on Tmall, JD.com, Xiaomi Youpin, Douyin and other channels, just as the slogan of this new product is "more We will wait and see whether the new products released by Fengmi can make consumers feel the surging strength hidden under the compact body.
S

a small one
You must log in or register to reply here.