Forensic India crime and thriller movie review: get the real murderer until the end

The strangeness that could not be said at the beginning of the movie Forensic. After the boy's long eyelashes passed, he pointed the camera at a group of chickens. The boy's eyes followed the chickens, expressionless, staring at a chicken slaughtered. Then a big panorama, oh, the boy actually came to buy chicken with his father. Afterwards, the boy followed his father back to the house and asked to wash his feet before entering the house. Everything looked very normal. As soon as the picture changed, there was a large blood stain on the boy's pants. 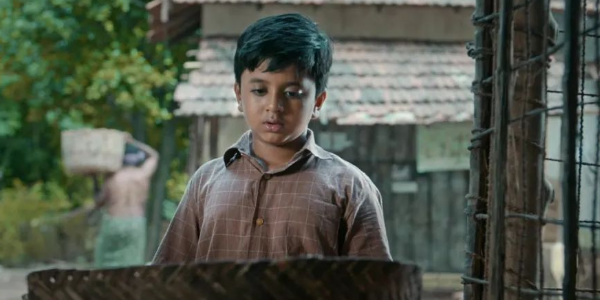 The boy returned to the room and happily took out a glass bottle and took out the mysterious object in his pants. It turned out that while no one was paying attention, he secretly took the chopped chicken head away. 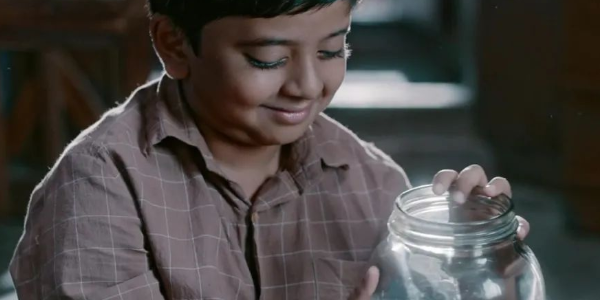 He put the chicken head in the glass bottle, carefully screwed on the cap, and looked at his "trophy" with admiration. From beginning to end, he smiled and enjoyed his expression.

The lens zoomed out, there were many glass bottles with animals under his bed. Some are dead, some are still dying... But the "happy" time did not last long, and the boy's father discovered his strange hobby. He was severely beaten by his father, and it was like this from childhood. 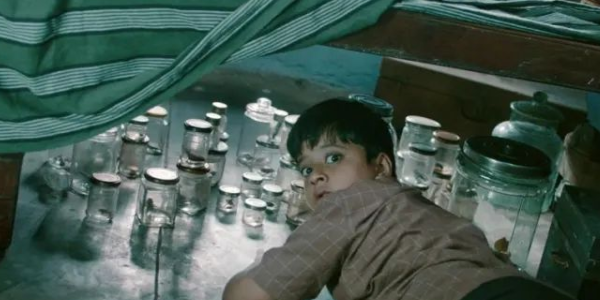 Finally, one day, the boy was finally intolerable, and he killed his father. That night, when his father was drunk, he ended up.

Taking advantage of the silence of the night, the body was disposed of. Little age, twisted hobbies, animal cruelty, ending others... High energy reversal in 3 minutes, and this is just the beginning of the movie.

At a local dance school, just a few minutes after school, a little girl disappeared. Although the police soon intervened in the investigation, there were few clues about the girl’s disappearance. She only took dance lessons for a few days, and she had few friends. She only knew that she had made a new friend the other day.

But whether this new friend is male or female, adult or child is unknown. Soon, her body was found in the grass near the dump. The death was tragic and there was an obvious knife wound on the chest. 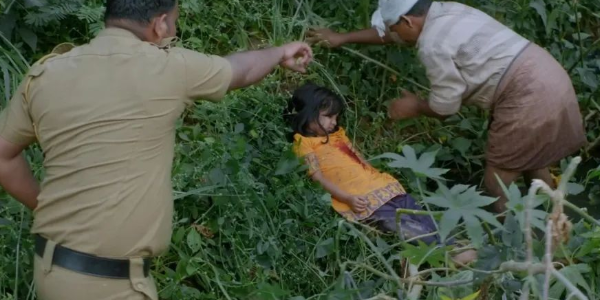 The disappearance case turned into a homicide case, and the hostess Dilica, who is also the person in charge of the case, found doubts during the case analysis.

The little girl is from a wealthy family. It stands to reason that if it is kidnapping and killing, there should be a ransom requirement. But there was no such case, and the body was thrown directly.

During the investigation, Dilica speculated that this was probably a vicious serial murder case. Shortly after the incident, there were many similar murders of young children. Although there is no connection between the dead, they are the same age, and the fatal wounds are almost the same as the wounding weapons. In order to avoid causing social panic, must pay close attention to solving the case. 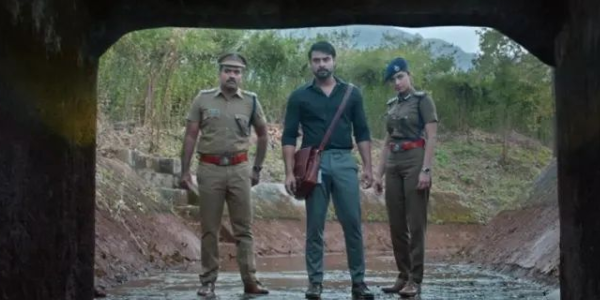 So the male host Sam came on the scene. Sam is a very skilled forensic doctor. Through the detection of the little girl's clothing, he step by step restored the walking path before the little girl disappeared.

Later, the analysis of the scene of the corpse let him draw a bold and surprising guess: the murderer in this case is probably a child!

Obviously, the continuous appearance of the bodies of young children made Dilica not believe that this is something a child can do.

At the same time, a retired criminal police officer found Sam. He had a serial murder case of a young boy who could not be detected 10 years ago. It was also the first case handled by Dilica. The original case caused a great sensation.

Although they caught a suspect in the same year, there were also cases of the same tactics while the suspect was in custody, and the murderer left DNA, which also matched part of the previous series of cases. In other words, they caught the wrong person.

But the DNA of this unknown person has never been able to find the owner, and this serial murder case is no longer so. Nowadays, there is another murder case for girls. Does it mean that the serial killer came out to commit the crime ten years ago?

Just when the old criminal police thought that the case was eye-catching, it turned out that it did not match the DNA of the murderer in the current serial murder case.

The story is here, from a serial killing to two cases spanning 10 years, even the outline of the suspect has become blurred.

But the case soon turned around, and the latest girl disappeared case has an eyewitness . His confession confirmed Sam's guess. He saw an 11-year-old boy and transported the unconscious girl away by cart. He also saw exactly what the boy looked like. 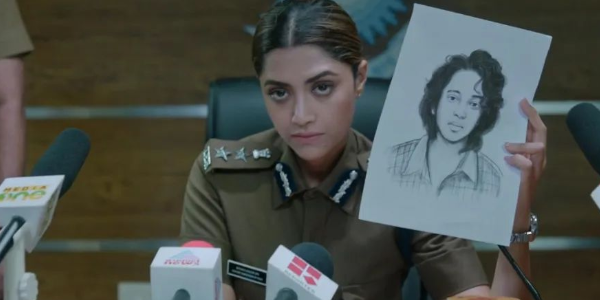 Through the description of the witnesses, the police drew a portrait of the little boy and launched a citywide search. Not long after the portrait was released, people came to the door.

He was a psychiatrist who had counseled a little boy. According to him, the little boy's name was Ruben. He had previously pushed his classmates into the well to come to him for consultation because of an argument. The original consultation effect was good. Until two years ago, Ruben suddenly became mad, killed a worm with a knife, and scratched him. 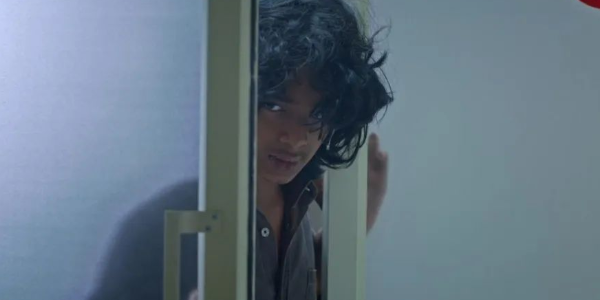 After running away, there was no more news. When the police searched for Ruben in the city, another girl disappeared. But it didn't take long for the case to happen, Ruben was arrested and he quickly recognized the charges.

But when Sam detected items that the missing girl had touched, he detected the DNA of a third person who did not belong to the little girl and Ruben. What is even more surprising is that this DNA is consistent with the DNA of the murderer left over from the serial murder case ten years ago. 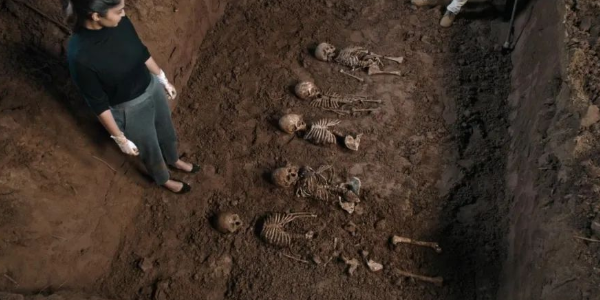 In other words, the kidnap of the missing girl was not done by Ruben, but the murderer ten years ago. At the same time, Sam and his colleagues dug up the body of the reservoir ten years ago, and dug five more bones, one of which was still an adult.

Obviously, Reuben was less than 5 years old and could not commit crimes. Even the current case is not necessarily done by Reuben. Why did Reuben admit all crimes?

Surprisingly, before he even had more questions about Ruben, he committed suicide by cutting his wrist in a mental hospital.

However, the murder still continued, and even Sam was kidnapped. The case is complicated, far from being as simple as imagined, the real serial murderer is still hiding in the dark, who is he?

Next, it was the reversal stage of the movie, where the plots were reversed layer by layer, each time the reversal caused a shock to the jaw. Until the end, you can never be sure who the real murderer is. 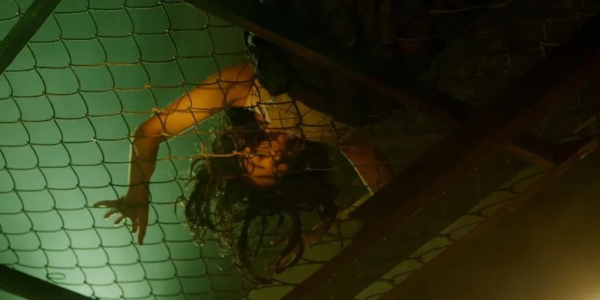 The inversion of the ending of Forensic is even more shocking, and this kind of protagonist of the movie is really very emotional.

The screenwriter is very careful about the details. Despite being an old suspense fan, I am surprised by the reversal of Forensic.

The whole movie watching experience is in the loop of "I guessed the murderer"-"Oh, I guessed wrong"-"I'm right again?"-"Ah, wrong again". 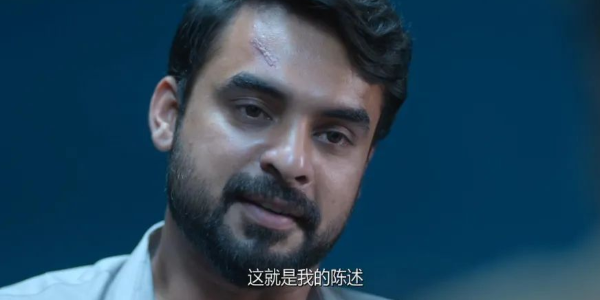 In the first three minutes of the movie Forensic, the weird atmosphere and the horror plot once made people think that they watched an Indian version of Bad Kid, but the plot turned upside down, which was too cool.

Of course, there are some logical loopholes in Forensic, but it is worth watching. From the end of the movie, there might be a serial to Forensic.
Last edited: Jul 9, 2020
You must log in or register to reply here.