The third season of the high-score American drama "The Great Lady Maisel" finally returned at the end of 2019.

If the previous plot was full of exquisite life in New York's high-end apartments, and the artistic atmosphere of the streets and alleys of Paris, then in this plot, we see more chaos, the naked truth of life, thousands of times Turned resistance. 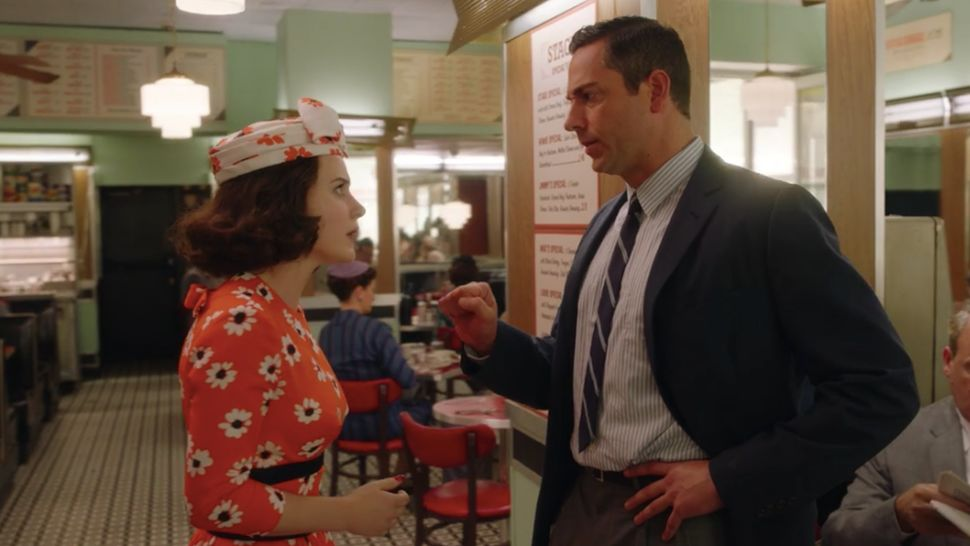 In the classroom of the Columbia Mathematics Department in the past, the professor dad who yelled at Fang Qi will also lose his job, and even meeting with his former colleagues who have made good friends will be deeply rejected by people who can't avoid it.
My husband lost his job and was about to lose his apartment. Due to various circumstances, his exquisite mother, who had never refused to bow her head, was condescending and degraded. The road ran to Oklahoma ’s hometown to reach out and ask for money. A stroke. 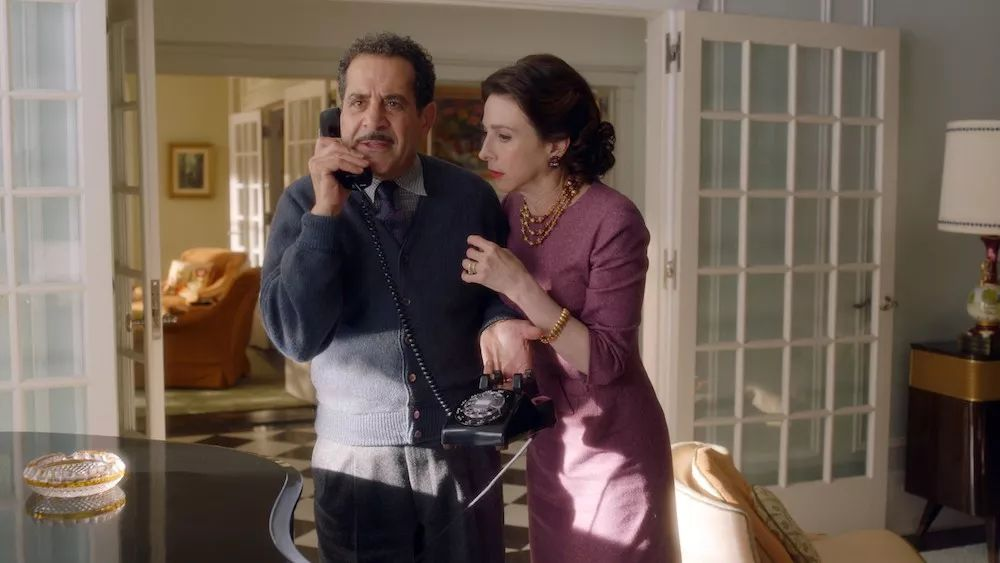 Everyone has a hard time, which of course includes our heroine, Mrs. Maisel.

After the forefront of the first two seasons, do you think the life of Maisel will still be beautiful, even a little easier? Then you really think too much. As one of the few talk show female artists of that era, materials about "females" were everywhere in the film, and also made the audience laugh. 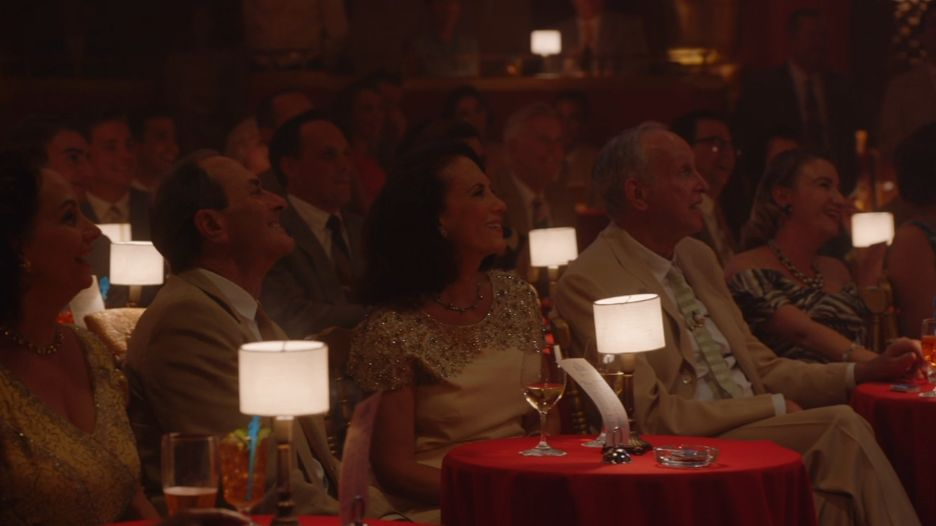 Those paragraphs sounded breezy and extremely funny, but all of them were vents for women's living conditions, and they were also analgesics after the sourness. " The great invention of birth control pills has finally appeared, but unmarried women are forbidden to use, and married women can be used-women who do not want to have sex, who said that the FDA has no sense of humor? I think it is very humorous. " 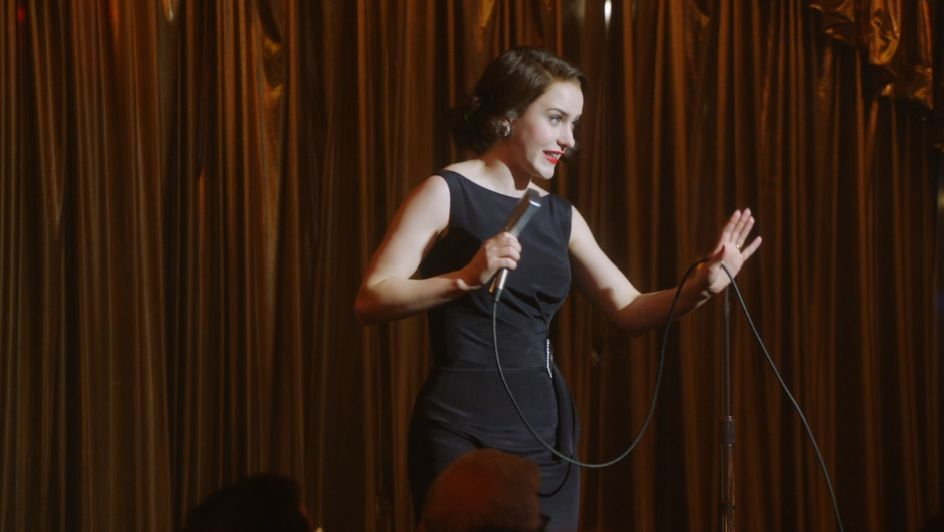 Of course, all aspects of women ’s lives that are worth talking about are definitely not just such a small piece of "contraceptive pills". From the growth process to the marriage life, there are more places that can make everyone mad. "When I was young, my parents always complained that the boy didn't eat enough, and I turned around and criticized my daughter for eating too much ."

The family ’s resources are used by boys, and girls still have to make a vase with peace of mind. In the family of highly educated Jewish intellectuals, this is not immune. After marrying as a woman, the husband and the young female secretary in the office got into a gang, and wanted to go back to her mother's house to tell the truth and seek some comfort and support. A funny play appeared. "My parents 'first reaction was' what you do in the end? ', I was very aggrieved, quickly said' I did not do anything ah ', parents suddenly realized,' you see, is your problem , because what you Didn't do it before it happened like this! '"


"When it's time to be a mother, take your child on a plane , and the passengers around you will have a different vision, but I am also helpless. The airline does sell tickets to children. You said I really left the children. Not successful? " "It ’s not enough to stay at home purely as a housewife, but when you enter the workplace, women are often given only one chance. Men ca n’t do a job. Other people have their own reasons to excuse them. It just doesn't work. " 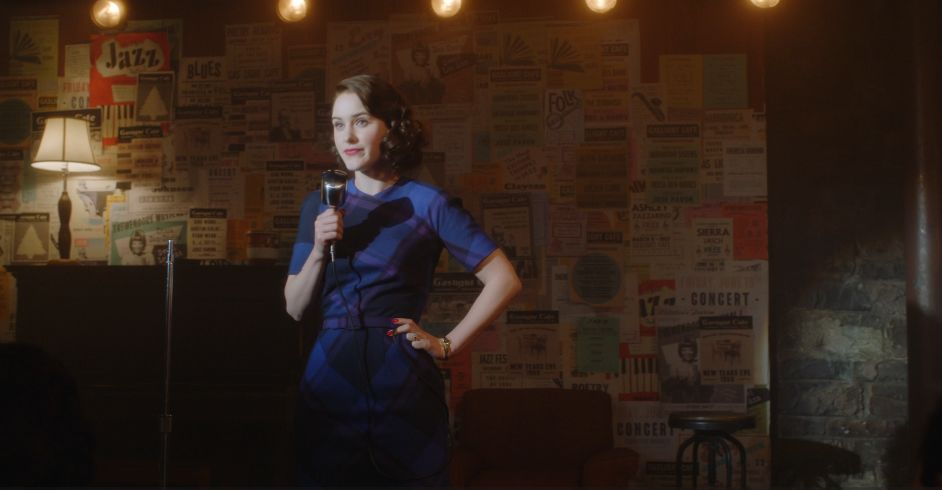 "Courageous step to the door to be the MOM Work , you come back to realize that life on them some nice little instant they were all missed. " It looks like both a paragraph and a fact, each of which is a difficult problem in women's lives. And what makes us more sad is that when Mrs. Maisel talked about these paragraphs, no matter how chic between the words, how indignant during the ridicule, she still had to please men in her dress .

The social status is not enough, and it is beautiful to come together, and the requirements for women at that time were really quite high. Beauvoir has long said in "Second Sex": "The more beautifully dressed a woman is, the more she is respected; the more she needs work, the better her appearance will be for her; good looks are a kind of Weapons, a banner, a defense, a recommendation letter. The public ’s prejudice against beauty is also a manifestation of the status of women in society. "
Last edited: Apr 17, 2020

The mouth says "no prejudice". Isn't the fact that "beauty has prejudice"? Put in this drama, that is, while trying to complain to the women of the world, but also dressed exquisitely and beautifully so that men can hear, or at least willing to listen. It's really difficult.

This can't help but make people think of it. Recently, in the live performance of the Xiaoguo culture talk show, a very impressive paragraph: "Girls want to learn the tricks of Ishihara Limei, put on her same hat, and secretly thought, if I learn her routines, and then match my noble character or flash point, it must be more worthy of being loved . "


Coupled with Mrs. Maisel's tearful paragraphs, it was a bit funny, but it was actually quite miserable.

If you can go back to the 1960s, you will find that Mrs. Maisel is actually lucky, and the women in that era are really not very optimistic. Let's take the famous Southwest Airlines. At that time, an advertisement looked like this: a flight attendant in uniform provided a beverage service to the passenger, but the passenger put his hand on her chest.

No one wants to accept this kind of scale for now. Men will feel uncomfortable, and women will carefully consider to see how much they need this job. Do they really have to be made like this? But this kind of copying was not controversial at the time, because sex appeal was the most popular, and sexually suggestive marketing methods were the most effective. Women can be materialized. As long as it can attract more business men, post "You wife know The slogan "Are you flying with us"?

At that time, the true status of women in society, the presupposition and prejudice in the minds of the people, did not need too many sociological theories. From the advertisement of a large company, you can basically see why. As for the right to vote, make a will to dispose of your property, and sign legal documents without your husband? Don't even think about it. In called "the epitome of the American golden age" of the industry drama "Mad Men", the actress Peggy workplace environment is quite poor, male colleagues oil wipe a very common, and easy, good-looking woman who will not only enjoy this "Following", and also seeing the use of stitches, makes people unable to tell who is right or who is wrong, and is at a loss.

It ’s funny and ridiculous that going to the doctor as an unmarried woman to buy contraceptives is like a thief, hoping to be like an underground party joint in the former Soviet Union. People discover the secret of shocking people: Are unmarried women embarrassed to have sex? Simply shocking.

In the advertising industry dominated by men, even if they want to be the most basic "primary copy", they can overwhelm the strength and performance of their male counterparts three times and five times, so that they can barely be recognized for their talents and increase their wages for a living.

By the 1960s in "The Deadly Woman", Beth Ann, a virtuous wife, was always around her husband.

The first reaction to seeing the derailment with my own eyes was nothing more than "I have to work hard to change so that he can change his mind": 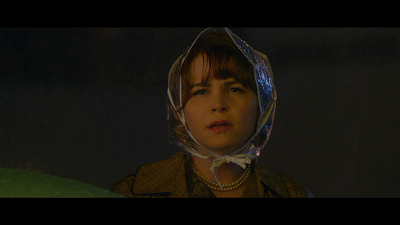 There is a kind of awakening that "If I bloom, the bees and butterflies come by themselves."


As for the pains of parenting, let alone mention, fathers in the 1960s, whether it is because of ideas or work, from the child ’s late night feeding and changing diapers, to the hard work of homework education, the participation may be comparable to interns. The female situation shown in "Advertisement Madman" is also confirmed in reality. Take Harvey Weinstein's "sexual assault door" for example. It is absolutely undoubted that this kind of behavior is deeply disgusted, but we also need to realize that the environment in which the Vanity Fair gangsters grew up is that women are often wiped out and worked The high-pressure atmosphere that is less appreciated by Shang Shang. 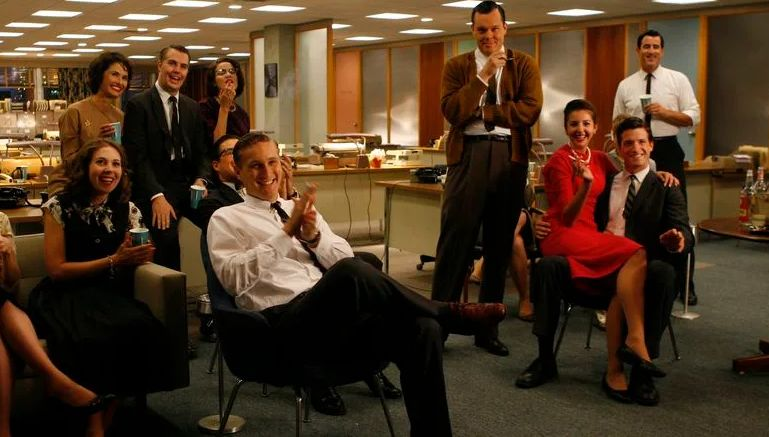 As for the Joan Rivers, the prototype of Mrs. Maisel in the TV series, it also explained the sadness of women in the 1960s. The first marriage was married to James Sanger, the heir of the men's clothing chain "Bond Garment". In China, this is equivalent to marrying the prince of Peacebird.

Who would have thought that this rich second generation had “deceived marriage”, did not want the child, and said earlier that Joan got divorced just half a year later, which is shorter than the post-95 work trial period. Joan didn't care about this, almost angered her parents and sent her to a mental hospital. It's so hard to live!

Want to pursue what we love, but even comedy industry booming, but there is no women's place, a little mouth to say something people do not want to hear the truth, will be inculcate "This is not a woman has to say something" . As for this "should or should not", who made the judgment, we don't know, and we dare not ask. But this Joan said more than once in an interview: "If I were a man, I believe I will definitely go a little smoother this way . " There is no rebuttal. 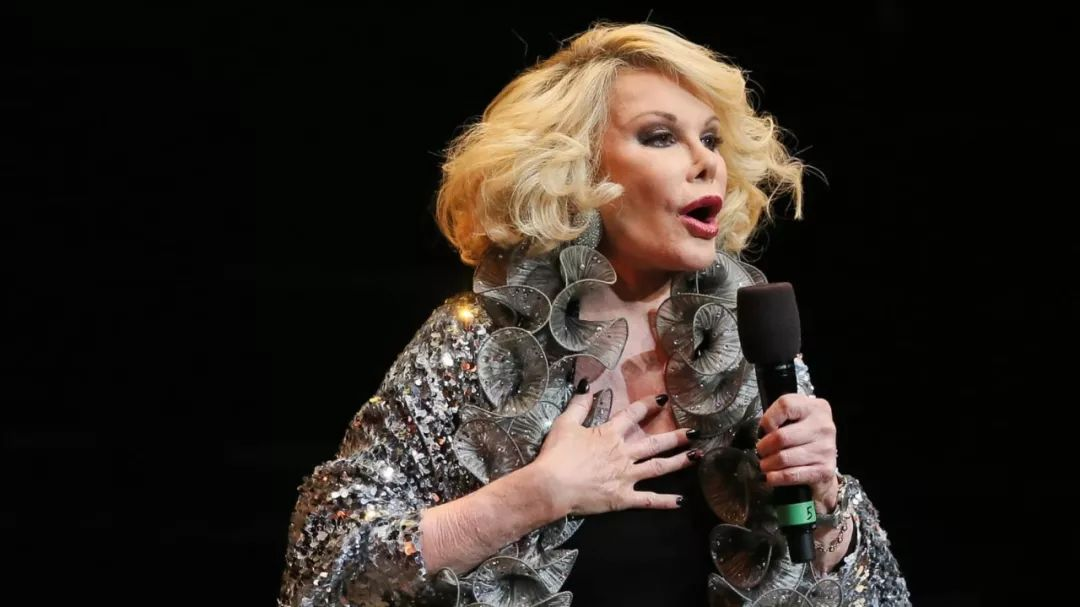 Of course, the later feminist movement developed vigorously, and the hidden pain in the hearts of many women has also been resolved to a certain extent. A little relieved.
Last edited: Apr 17, 2020
You must log in or register to reply here.