As the Oscar nominated for the best documentary and best foreign language film, "The Land of Honey" is not like the "American Factory" caused widespread discussion in the country, nor "Parasite" "Pain and Glory" is well-known worldwide, it is like Unexpected joys of ingenuity fell on the major films. 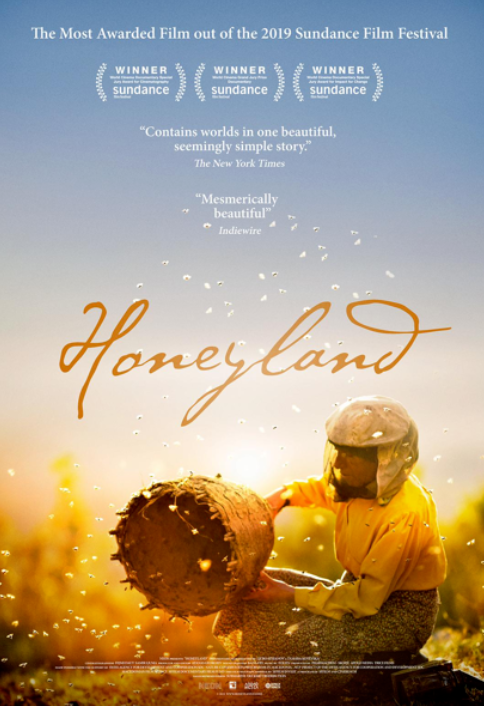 The title and poster of the movie are shrouded in gold. The heroine in the poster, Hades, was surrounded by bees in the splendid smoke, as if being in a rich paradise, which made people fascinated. But this impression only lasted until the film started, and as the mist spread out, revealing the barren mountains of northern Macedonia, it was discovered that the so-called honey land was not the kingdom of God, but was filled with hardship and hardship. 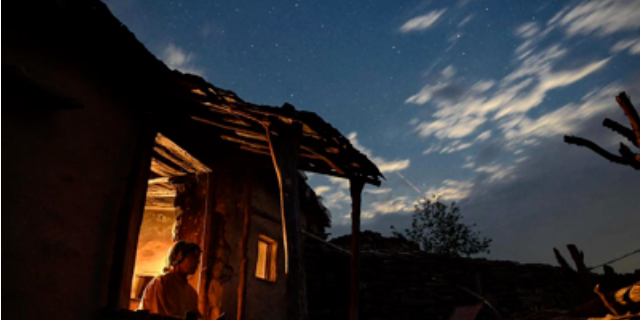 In the wilderness, Hades' bright yellow shirt was particularly striking. As soon as the film opened, the camera followed her over the mountains and came to the cliffs. She pryed away the slate on the edge of the cliff with simple tools, and a honeycomb was suddenly in front of her. People living in reinforced concrete seem to have a natural fear of bees. There is an impulse to escape when they hear the buzzing sounds in the film. But Hades was able to get along with the bees at ease, and the bees never stung. In her subsequent murmurs, we learned that this is not magic, but the wisdom of life. Every time she collects honey, she only takes half, leaving half to the bees. Let bees have enough space to collect honey and build more beehives. Since then, it has been endless. 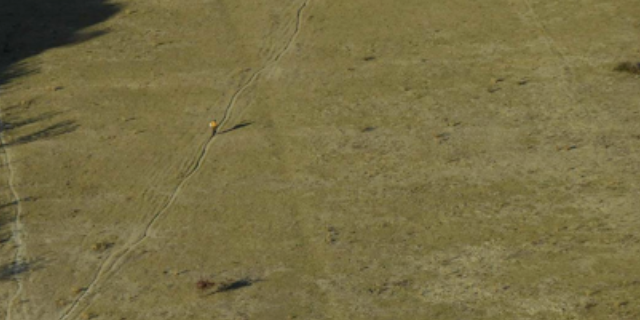 (The tiny Hades under the big panorama)

It was Hades's beekeeping philosophy of "picking half and leaving half" that attracted the director of the film. The two directors, Tamara Kotevska and Lubo Stefanov, originally planned to make a series of environmentally friendly short films about the diversion of the river in North Macedonia and the changes in the village. But as the director said in the interview: "In fact, she found us." The simple attitude of Hades and nature has long been forgotten and abandoned by modern people. Her story is like a piece of jade, which is worth being remembered. So the director took this as an entry point and began to record Hades' beekeeping life in the concept of "half nature, half society". 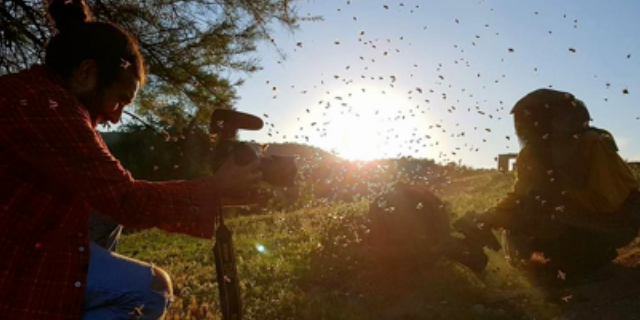 The crew of six crew members came to Hades's backyard for three or three days a week to film her trivial life. Because of the complex geopolitical situation in the Balkans, the mountain village where Hades is located is almost empty, and now only this family is left with smoke rising every night. Because the small mountain village is isolated from the world, and the power and water are cut off, the shooting team had to take turns to ensure the normal operation of the work. In a small village where others can't stay for a few days, it is hard to imagine that Hades has lived for decades. She lived with a 85-year-old mother in a house made of gravel and mud. Looking at their daily life alone, it was almost the same as the life scene of the 19th century. Only when Hades took a four-hour bus to Skop, the capital of the Republic of Macedonia, would she feel connected to modern life. 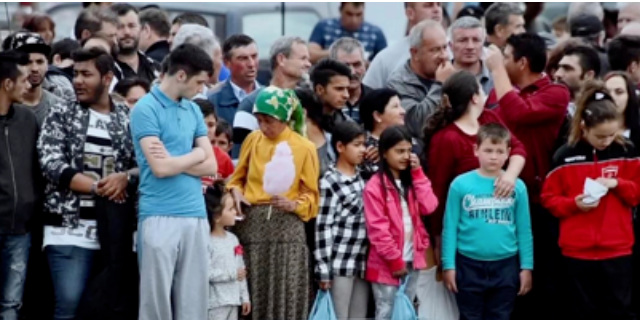 Hades maintains her and her mother's daily expenses by selling her own honey in the Skopje market. Watching her sit on the bus, next to an urban youth wearing Mosesan hairstyles, using the euro in the market, bargaining with the boss, there is always a sense of time and space, and the previous fire "Happy Lazzaro" There are similarities in perception. But unlike "The Happy Lazzaro" has a sophisticated and rigorous script, the two split lives in "The Land of Honey" are part of Hades' real life, and there is no ideological engine that promotes the development of the plot. The simple documentary fragments in the film naturally flow into poetry, which is more valuable than the drama film. 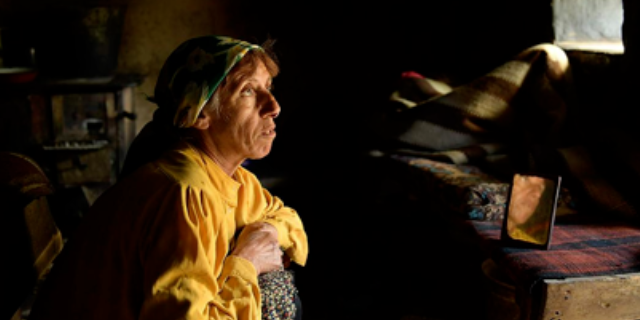 Hades's home was not powered by electricity, and naturally there was no modern lighting. The crew of "The Land of Honey" insisted on using natural light, so under the sunshine and candlelight, the film was immersed in the color of Baroque oil painting. Most of Hades ’s house was enveloped in the theater, and the only small square window could only see in a few clusters of light, shining on the faces of Hades and his mother. Their faces were weather-beaten, like the women in Rembrandt's writing. But the two are living in the desert but are full of spirits. For a fan of peacock hair, they can rejoice for a long time, and the innocence makes the urbanites shame. Hades tried his best to guard his inch of the world, but it was easy to be trampled. Since a nomadic family moved to Hades's next door, her calm and water life had an unexpected turning point.

The nomadic family broke into Hades' life with seven children and hundreds of cattle, and then we realized how deep her loneliness was. She and the children immediately fought together, swinging with them, listening to the song and dancing on the radio, and teaching the secret of beekeeping to their parents. However, the living concepts of the two families are very different, and the nomadic family's rough stocking method has planted the seeds of conflict. They also started beekeeping, but they were always unruly. To make matters worse, the nomadic family has to raise seven children and is under heavy economic pressure. Encouraged by unscrupulous businessmen, they began to deaf to Hades's advice to "pick half and leave half", and emptied all the honey, causing a devastating blow to Hades' career. 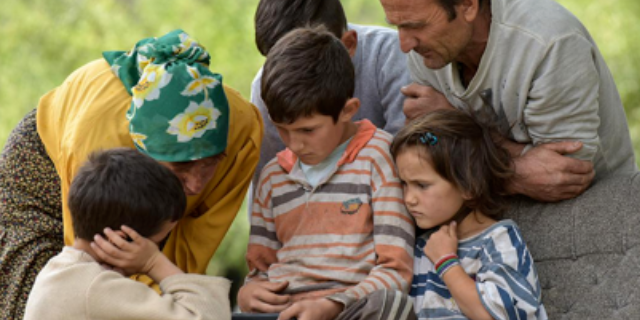 When the nomadic family gathers honey without knowing it, Hades and a boy in their family form a secret alliance. The boy defected because of his father's rude beekeeping and breeding methods. Hades shared a small amount of honey with him and hid the last beehive in the trunk of the river. The photography team used the silhouettes of Hades and the boy wading through the mountains in the early morning and dusk to make a wonderful scene scheduling, accurately recording the short journey of the two. For a moment, Hades was hardly so lonely. She said: "If you are my child, everything may be different." But there is no way in life, the nomadic family chased the remaining beehive, and even used a chainsaw to cut down the whole tree just to Earn dozens of euros. The nomadic family stared at the camera through a face that was stigmatized by bees. Such a satirical picture turned out to be in a documentary without any script, which made people more stunned. The "Honey Land" team used more than 2,000 hours of material to accumulate tiny and exciting video facts, and constructed a clear and natural inheritance transition. Only then can the 87-minute large-scale wild birth drama be born. 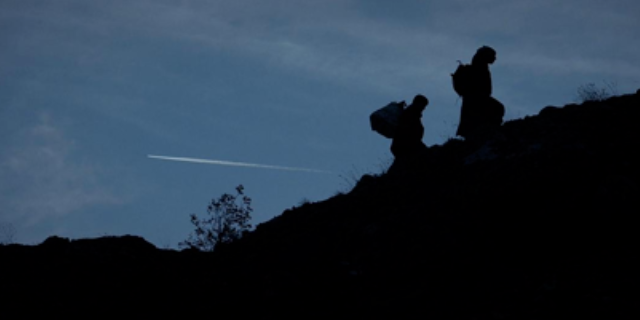 Although it has such a high degree of completion, for the crew, editing is still a very difficult part. Because they did not understand the Israeli dialect that Hades said, they could only edit the film according to the timeline. But when the dialogue was actually translated, the team of "The Land of Honey" was surprised to find that there was unexpected joy in the language that originally troubled everyone. The question-and-answer room between Hades' mother and daughter was full of tenderness and speculation. On the occasion of Hades's despair, the mother comforted her heartbroken: "If you are a child, I will also take you away." She said: "God will punish them, God will burn their livers." Mother's words actually In a word, the nomadic family's cattle died of nearly fifty heads. The film captures these intense and anxious emotional moments, and edits the two episodes tightly, as if all this is a fable of reincarnation. Despite the so-called miracles and retribution, the ending of the nomadic family is actually traceable. Their endless plunder and destruction of nature, like a miniature human picture, have reached a profound resonance in social reality.

The nomadic family came and went like a whirlwind, and their mother died soon afterwards. Hades's life was almost turned upside down. It turned out that the balance that had been maintained for decades was so fragile that once it was destroyed, it could never come back. Before he died, Hades asked his mother: "Can you imagine when spring comes." The mother told her that "too many winters have passed." Outside the film, the director used the prize money to help the nearby village Hades bought a hut. She lives with her brother and is still working on beekeeping. The movie will end, but the long river of life is still slowly moving forward. Hades did not stop, and as winter came, she was still walking tenaciously in the snow, step by step, looking for the last honey. There are always a few winters that are particularly long, and I hope everyone can stick to the spring day. 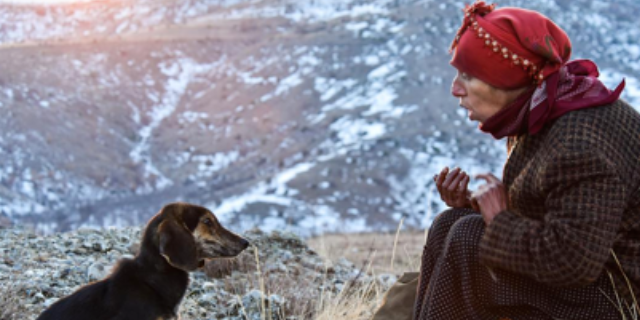