The thriller "Hunting" , which was withdrawn due to the shooting incident in August last year , was finally released in North America on March 13 this year. But the film seemed to be cursed. Just one week after its release, the new crown epidemic caused the theater to shut down. After getting a box office of $ 5.8 million, it hurriedly launched the on-demand platform.

The film has a very controversial plot and a violent setting similar to a B-level film. The audience has relatively high reputation. IMdb scored 6.4, and the number of people who scored 1 was similar to that of 10. . To the performance of the heroine Betty Gilpin , the audience's evaluation is relatively consistent: the handsome, little-talking Queen Faner, the elder sister, the five-star heroine. 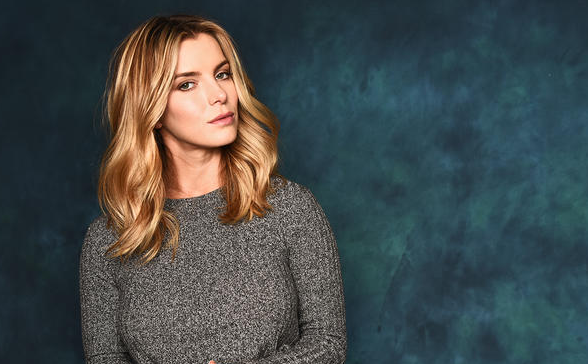 Who is Betty Gilpin? She will be 34 years old this year. She has been in Hollywood for 10 years. The previous development is not tepid. From an external point of view, her condition is not bad, she is 1 meter 69 tall, and has a hot figure, a typical blonde beauty. Similar to Uma Thurman, Jessica Chastain, Bryce Dallas Howard; from an internal point of view, long-term stage drama training, her acting skills are also reliable, this time can be recognized, the role is suitable Is a big reason.

In "Hunting", she plays the retired special force Christo, who looks like a no-brainer. In fact, she combines beauty, wisdom, and courage. In the case of being trapped by a group of elites, she hangs to the end. ... 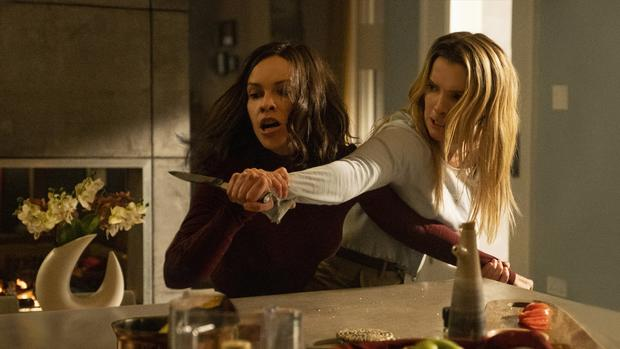 Last year, "Hunting" was stopped. The plot of the elite hunting civilians involved in the film is easily linked to frequent shootings. Betty Gilpin believes that the topic of the film is actually contrary to the imagination of encouraging violence. Over here.

In Betty Gilpin's view, the film is a satire on the current social and political phenomenon in the United States (the left elite and the right grassroots are each playing 50 big boards). She told the New York Times: "The current United States is divided. The two sides are becoming more and more difficult to communicate. In this movie, you can watch with your family who are arguing about politics, and then you laugh at him, he laughs at you, and you laugh at yourself again. "

Regarding the controversy of the film, Betty Gil flattened: "Of course we can make a movie that everyone does not argue about, but if you are always afraid to raise controversial issues in the movie, you will go astray. Where you see the same thing together, do n’t waste this opportunity of sincere communication. "

Many people may not know that "Hunting" is the first protagonist of the Hollywood studio that Betty Gilpin received. It took 10 years to get the opportunity. The result is still twists and turns. In an exclusive interview with the New York Times, she joked that if she encountered this kind of thing when she was 19, she would be mad at being sent to a psychiatric hospital, but now she tells herself "this world does not mean you have setbacks, there is good The fairy ran out to help you solve the problem, or your ex-boyfriend would automatically line up to apologize to you. " 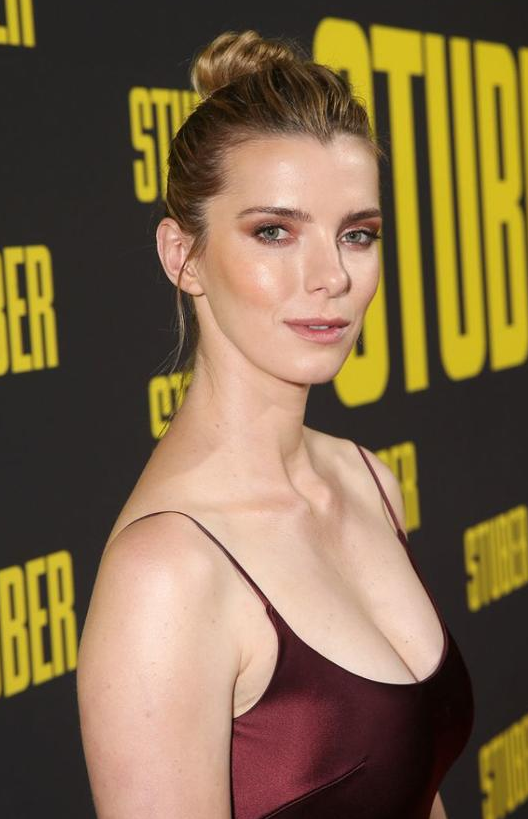 It is said that Hollywood is a fiercely competitive place. For an actress who wants to succeed, how fierce is it? The number of active members of the American Actors Association exceeds 110,000, and countless beautiful girls from all over the world come to Los Angeles every year to try their luck.

Betty Gilpin's condition is considered to be a dragon and a phoenix, but from his debut in 2008 until 2017, the Netflix American drama "Beauty Wrestling League" did not have a representative of life. She was shortlisted for the best supporting actress in the Emmy Awards comedy category three times with this work, followed by many big screen works beckoning to her.

2019 was originally her pioneering year, four films to be released, "the mission of a dog 2" actress, Warner romantic comedy "Do not romantic" Supporting Actress, Fox comedy "Uber crisis" Supporting Actress, the ultimate big The heroine of the killer Universal thriller "Hunting"! As a result, "One Dog's Mission 2" frustrated at the box office, and the two comedies did not stir up the waves. It seems that "Hunting", which has the potential to explode, is withdrawn before it is released. 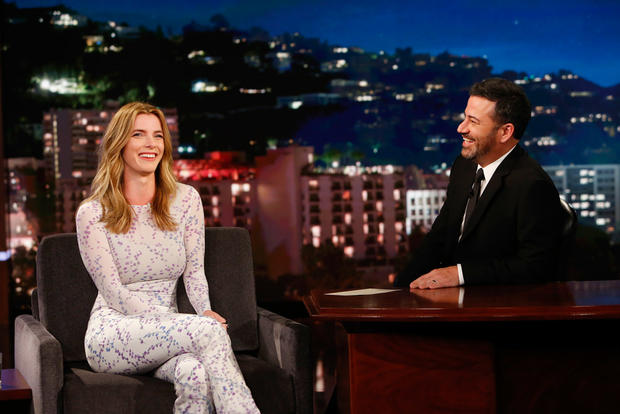 This is the reality of Hollywood. Even if you look beautiful, have a good figure, and make progress in acting fast, it is difficult to get ahead without good opportunities.

When asked about this age-old problem, Betty Gilpin told the New York Times: "The entertainment industry has a myth. As long as you continue to work hard, you can meet the Eden in the corner. As long as you stay young, slim and perfect, the next role is Will open the door to success for you. I think only if we think this is impossible, you can really feel the fun of the actor's job. "
Last edited: Apr 17, 2020

How did Betty Gilpin get started as an actor?
Let's start from the beginning

Elizabeth Fran Gilpin is the real name of Betty Gilpin. She was born in New York, USA on July 21, 1986. Her father Jack Gilpin and mother Ann Gilpin are actors, but they are all unknown. At first, her parents did not support her daughter in acting, but she was determined to go this way.

After entering the Fordham University in New York in 2004, she studied with female star Diana West . After graduation. At the beginning, he performed in Broadway Theater and honed his acting skills. Later, he showed a small face in countless American dramas, such as "Edge of Crisis", "Law and Order", "Audacious Wife" and so on. 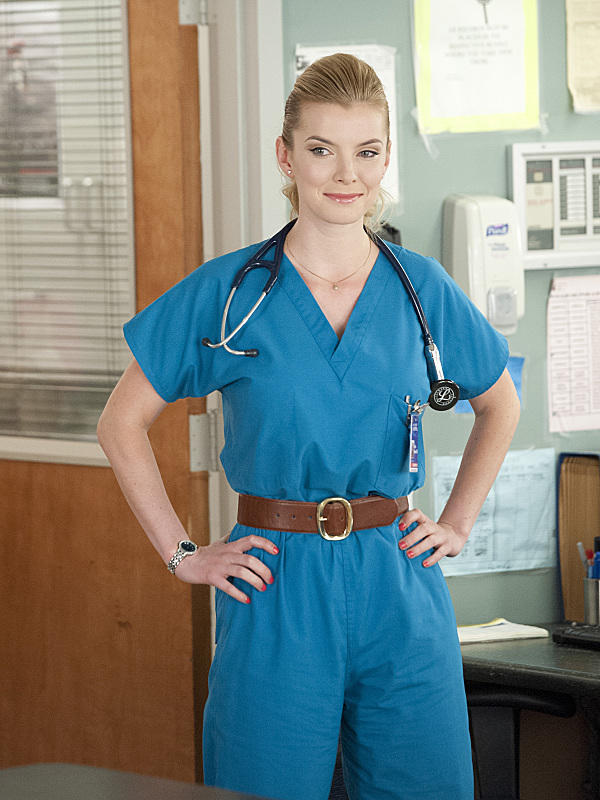 What really gave Betty Gilpin a resident role in the American drama was Showtime's medical drama "Nursing Home" . From 2013, she played Dr. Carly Roman in the fifth season of the show.

Although later appeared in the American drama "Basic Interpretation" and "Sex Master" , it was not until 2017 that Netflix's American drama "Beauty Wrestling League" gave her a masterpiece in life.

"Beauty Wrestling League" is a remake episode about a group of unhappy young actors in Los Angeles in 1986, in order to earn a meal, to form a women's wrestling league to continue their entertainment career.

It should be said that Betty Gilpin's Derby Egan (nicknamed "Freedom Beauty") played in the play is very suitable for her. Betty blonde white girl looks very American. The "Beauty of Liberty" symbolizes the American image on the wrestling stage in the play, and corresponds to Ruth Wilder (nicknamed "Soviet Woman") played by Alison Brie.

On the other hand, the derby played by Betty Gilpin is also an actor. Although the conditions are very good, it is difficult to find opportunities in Hollywood in the 1980s because of the early birth of children. The key point is that the girlfriend who played by Alison still sleeps with her husband, and she has to work in the "Beauty Wrestling League" with her rivals for her career.

From the perspective of the actor, Betty Gilpin ranked behind Alison Brie in the "Beauty Wrestling League", but after entering the second season, her derby slowly changed from a wrestling actor to a producer The character began to show wisdom beyond beauty. In addition, she resolutely left her cheating husband and became a brave single mother.

The versatility of this role allows Betty Gilpin's full acting to be played. 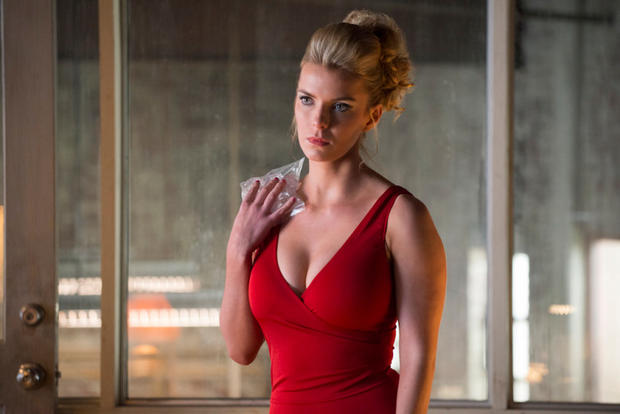 "Brainless" can never be used to describe Betty Gilpin

In fact, not only in Hollywood, but in film and television circles around the world, too beautiful and sexy actresses are often easily overlooked, and "big-headed" prejudices are everywhere. It can be said that this Netflix show has given Betty Gilpin many years of stage play training opportunities to show.
Last edited: Apr 17, 2020

In fact, in "Hunting", she played the role of the American retired special soldier Christo. The appearance is outstanding. You think she is a vase. As a result, fighting and shooting are all good. With excellent observation and decisive behavior, the key is to still like to read, George Orwell's "Animal Manor" is well-known.

Gilpin has never been a big hit, but she is quite confident in herself. When asked by the New York Times, what do she have in common with the retired special forces in Hunting and the "Free Beauty" of "Beauty Wrestling League" At the time, she said: " We have only played 10% of our abilities, but we told ourselves that if we have the opportunity to show ourselves 100%, we will have more grand achievements . Late at night, I told myself and even me To be a superhero, as long as someone gives me a chance. "

34-year-old Betty Gilpin in 2020 is still in Hollywood struggle, a mixed sweet and painful, starred in the movie "The Grudge new" word of mouth double defeat at the box office; in Netflix original movie "Kao Philippines and Karim" played in Once the villain's word of mouth is still poor.

Starring in the American drama "Third Season of American Crime Story" and "Beauty Wrestling League" also ushered in the final season; the sci-fi action blockbuster "Tomorrow's Battle" in collaboration with Chris Parat was originally scheduled to be released this Christmas, and the result was due to the new crown epidemic. Undo ...

Being an actor is passive, especially in the highly competitive Hollywood. Betty Gilpin recalled that when "Hunting" was stopped last year, she admitted that it was a bit uncomfortable at first, but her pet dog died a few days later, and suddenly felt that this was far more for her than the movie was stopped. sad.

"I still love acting and love this job. Because no character will really help you open the door of the Garden of Eden, there is nothing there, and some are just a long corridor (process)."
You must log in or register to reply here.