Let's start with: what is an Android TV box?

People ask me questions all the time: what is an Android TV box?

What can they do?

It turns out, this part of the question is actually very simple.

An Android TV box is simply a TV box running the Android operating system. This is the same operating system as the one running on your smartphone, tablet and millions of other devices throughout the world.

Usually it’s a slightly older version like Lollipop (Android 5) or Marshmallow (Android 6). But, if you know how to use your tablet or smartphone, you can usually run most (if not all) of those apps on an Android TV box.

What’s the difference between an Android box and a Roku or Apple TV?

They’re all basically the same type of device – something that gets content from your home network or the Internet to your television.

If you’re new to streaming devices and TV boxes, then this is the place to start.
The terminology may seem confusing, but don’t worry: I’m here to guide you through some of the basics. My goal is to make this a good starting point for anyone who wants to learn more.


What do they have to do with MP3 players? 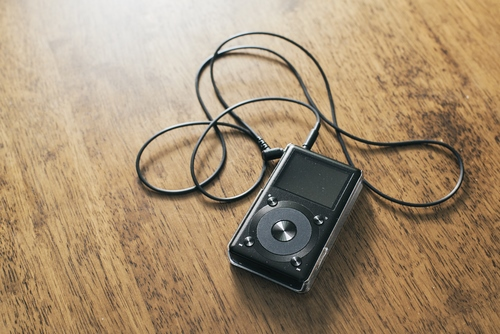 A long time ago, it seems, I worked in a “big-box” electronics store. No, not the blue one. I worked at the red one that closed it’s doors back in 2009. Back then, we had thousands of people coming in the store looking for iPods.

But, like Apple will do, they didn’t make enough to go around, so we had to sell what we had. And what we had was a lot of generic MP3 players.

People would come in asking for an iPod and the first question we would ask is “do you want an Apple iPod, or are you looking for an MP3 player?”

That usually resulted in a confused look. Most people thought they were the same thing.

We had to take the time to educate people to all of the other options they had. A lot of times, an iPod really was what they wanted, and that was cool. But, a lot of other people just wanted the best device and in their case, the best device didn’t come with an Apple sticker in the box.
Click to expand...

That’s what I’m doing now. A TV box is similar to a Roku or an Apple TV, just like an MP3 player is similar to an iPod. I’ll let you know how you can decide what’s right for you, but let’s get some terminology out of the way first.

Why so many different names? 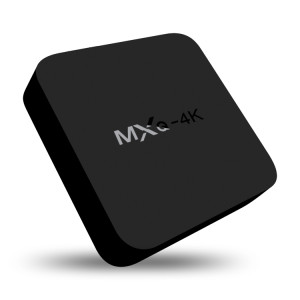 When you look at this picture, what do you call it? Hint…it probably depends on where you’re from.

Where I am in North America, these devices are normally called Streaming devices or Streaming Media players. Sometimes, they’re mistakenly called Roku boxes, even though they may be made by Amazon, Apple or one of the many other manufacturers I cover on this site. Let me give you an example of something similar.

Depending on what part of the country you’re in, you call that sugary, carbonated beverage Pop, Soda or even Coke (even when it’s not Coke). So, unless it’s actually a Roku that you’re talking about, please don’t call it a Roku box. It can create confusion for you and the person who you’re talking to.

In Europe, they’re generally called Kodi boxes due to the popularity of installing Kodi and some of the streaming addons that are available. They can also be called IPTV boxes because it’s much easier to find an Internet Protocol TV (IPTV) service on that side of the Atlantic than here in the US. To put it simply, IPTV is a way to get live TV over the Internet.

If you’re in Asia, then chances are you’ve heard them called TV boxes. Personally, I prefer calling them TV boxes. It is a more generic term, sure, but the device can do so many things that it just makes more sense.


One last thing. You can also see the term mini-PC. TV boxes can certainly be considered a mini-PC, but I think that lumps them into a category that they don’t quite belong in. A mini-PC can also include any small-format computer like an Intel NUC (Next Unit of Computing). They can usually do everything that your desktop PC or laptop can do. Some TV boxes can replace your desktop, but they’re the exception, rather than the rule.
Last edited: Apr 17, 2020

Android TV vs TV box
At the I/O conference in 2014, Google launched Android TV. It’s a system that organizes your content into one platform for easy organization and searching – including Google’s own voice search functionality. You can find out all about the official Android TV here.

If that sounds familiar, it should.

Android TV is Google’s attempt to run your media hub. We’ve seen similar efforts over the years from Microsoft (Xbox), Sony (Playstation and connected Blu-ray players), Roku, Amazon, Apple, and the list goes on and on.

Android TV is the second attempt from Google in this space from Google – the third if you count the Chromecast. Google TV, which was their first attempt at ruling your living room, but never really caught on.
Click to expand...

The difference between Android TV and an Android TV box, lies in the operating system itself. Android TV is a special version of the core Android OS. Android TV can’t run every app, at least not without rooting your device. But, the apps that it can run are specifically designed to be run on your television rather than a touchscreen. 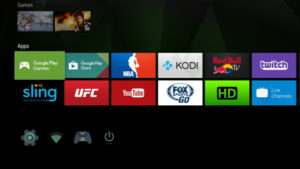 Why is that important?
Well, lets use Netflix as an example. If you’ve used Netflix on your smartphone or tablet, then you’ll remember swiping up and down to scroll through the list of genres. Once you found what kind of movie you’re looking for, you can swipe left or right to see what’s in that genre.


How exactly do you swipe on your TV set?

So, the Netflix Android TV app was built from the ground up to use the remote control rather than a touchscreen. It’s the same for every other Android TV app.

What’s the catch? You can only get Android TV on a higher-end, newer Smart TV, say 2015 and later. It’s also available on a handful of high-end TV boxes like the NVIDIA Shield

Not everyone can afford a new high-end TV or need something as powerful as the Shield. Android TV boxes offer similar performance, minus a few features, for a fraction of the cost.
Last edited: Apr 17, 2020

Who should buy an Android TV box instead of a Roku, Apple TV or Fire TV?

There’s usually only one question left by this point: What should I buy?


Well, that depends on you.

Streaming devices like the Fire TV, Roku and Apple TV are great. I have nothing against them…well, maybe against the Apple TV, but that’s understandable, right?

Anyway, they’re extremely easy to use. I gave my eighty-year-old mother a Roku 3 and she was able to learn how to use it in a few minutes. Does it do everything that my NVIDIA Shield does? Absolutely not. Can it run every app like my MINIX Android TV box can? Nope.

ANDROID TV BOXES GIVE YOU FLEXIBILITY

With a streaming device like Roku, you have to live in their world, their ecosystem and run their apps. You don’t have much of a choice if the app you want isn’t available. Thankfully, Plex is available on most systems. But, if you want to run Kodi on your Roku, tough luck. Same goes for your Apple TV. If you want to install it on your Fire TV, you’re going to have to jump through some hoops and sideload the app manually.

If I want to install Kodi on an Android TV box, all I have to do is go to the Google Play Store and click install.

That goes for hundreds of other apps as well.

Android TV boxes may have their drawbacks. They can be time-consuming to set up correctly, and they may need to be tweaked on a regular basis as new firmware comes out.

But if you’re the type of person that loves having the option to install whatever you want and tweak your system to really make it yours, then you’re just the person who should get an Android TV box. If you’ve just bought your first box, then you’re going to want to see our Android TV box setup guide to get you up and running fast.
You must log in or register to reply here.