The Apple Music application for LG smart TVs has been launched to users. This app is the same as Apple Music on all other platforms, with more than 90 million ad-free songs, more than 30,000 curated playlists, 4K resolution music videos and Apple Music Radio.

Users can also transfer all the songs, albums and playlists in their music library. It is also planned to allow up to 100,000 songs to be downloaded to the user’s personal database, which can be accessed from any device regardless of whether it is connected to the Internet. 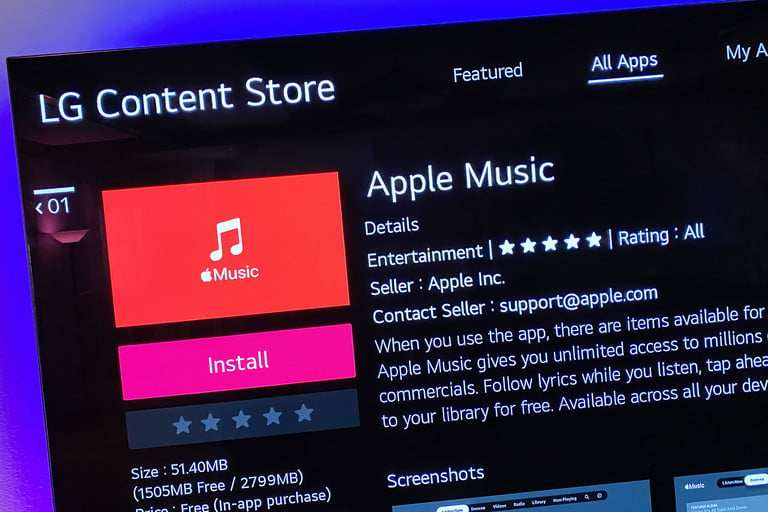 For LG TVs with WebOS 4.0 or higher, or models updated in 2018 and later, you can try to find related apps in the app store.
K

Love APPLE MUSIC!
You must log in or register to reply here.

Samsung How to use Apple Music time-synced lyrics on Samsung smart TV?