Movie Review -Birds of Prey: And the Fantabulous Emancipation of One Harley Quinn (2020)

This film review may have spoilers
Every time a new movie is released in DC, it is a New Year for DC fans.
Regrettably, this year is not for the New Year, because "Halley Quinn: Raptor Squad" is too general.
The story begins 15 years ago, and one of Gotham ’s richest mafia families, the Betinelli family, was brutally destroyed.
The details of the bank account of the Betinelli family are hidden in a diamond. This diamond is equivalent to a key that can open unlimited wealth. As long as you get it, you can get all the property of the Betinelli family.

The villain black mask got the diamond and sent his subordinates Victor Zas and Black Canary to get it.
He didn't pick up such an important thing in person, so he assured others to go.
Moreover, there are not a few more people, only 2 people, one of them is a police informant.
After Victor Zas got the diamond, it wasn't packed in the box, so he just put it in his trousers pocket casually. You are too worried.
Sure enough, Cassandra Cain stole it with ease.

From the black mask not picking up the diamonds in person, to Victor Zas putting the diamonds in his trouser pockets, and then to Cain Shun's diamonds, this series of plots are all too playful, completely treating the audience as fools.
The black mask and Victor Zas are too stupid, and the aura of Cain ’s protagonist is too strong, causing her to easily steal the diamonds that contain information about the entire property of the Betinelli family, without any difficulty or challenges Sex.
Cain was caught by the police after stealing.
Victor Zas ran a few steps and missed it.

You do n’t lose five dollars or ten dollars, but you lose something worth hundreds of millions of dollars.
Your stuff has been stolen, you are the victim, can't you catch up and recover the stolen goods?
If the police do not give you, then kill him and take away the diamond.
You are a villain, when did you become so disciplined and law-abiding?
When the diamond was lost, Victor Zas didn't chase it, so he went back.
The black mask was always hard-hearted and never blinked. It was not very angry to learn that the diamond had been lost. He scolded Victor Zas for a few words and died.
You are so generous, you are not suitable to be a villain, you should be a superhero.
Victor Zas said: I have caught Halle Quinn, or shall we go downstairs to kill her and let go of evil?
The black mask agreed happily: well, I wanted to do this already. 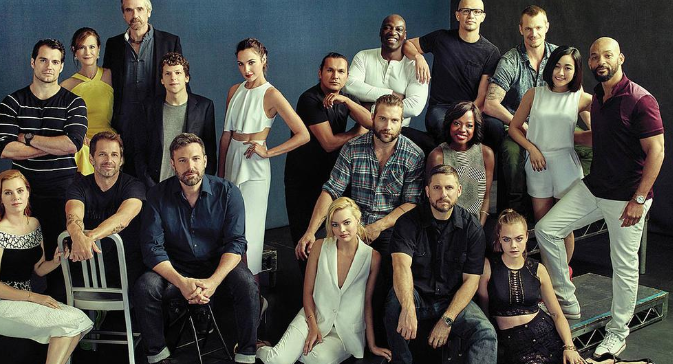 It's really a serious problem if you can't keep people.

In addition to clowns and dead shots, Batman, Steelbone, Luther, Louise Ryan, Planet Daily Editor-in-Chief Perry White, Gordon, Afu, Death Knell ... are either withdrawn or replaced.
You must log in or register to reply here.