"Mrs. America" Review: a Must-See Trip to the Past 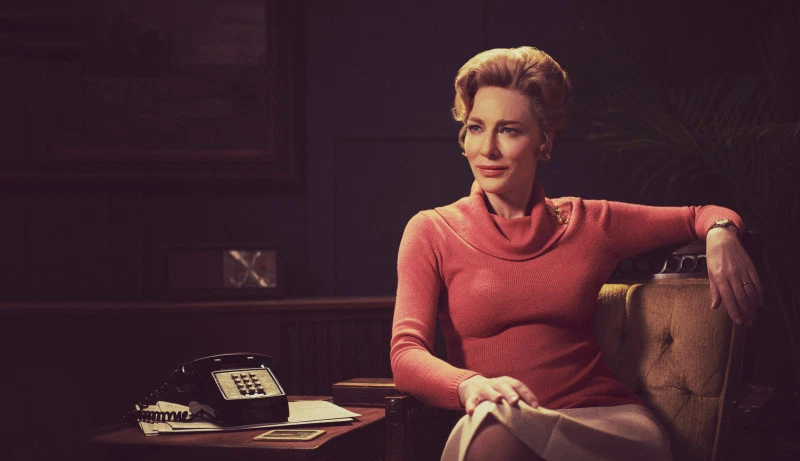 Taking place between 1971-1980, it’s remarkable that each episode packs in so much history in a way that never feels superfluous. Each episode is titled after the woman who is the primary focus, with the first being conservative gadfly and face of the conservative women’s movement Phyllis Schlafly (Cate Blanchett). With her pearl necklaces and toothy grin, Blanchett is the picture perfect embodiment of the happy housewife that Schlafly spoke for, raising six children with her husband, Frank (John Slattery) by her side. It’d be easy for the script to turn Schlafly into a one-dimensional, fire-breathing harridan — and with Blanchett simultaneously inhabiting the role of elegant villainess so many times before, her casting implies a lean in that direction — but, like womanhood in general, that’s too simplistic and easy.

With its marketing heavily using the Guess Who’s “American Woman,” it would imply “Mrs. America” to be more rebellious than it is. What Waller and the various directors — including Anna Boden and Ryan Fleck, as well as Amma Asante — do is interweave the ERA fight with all the nuances of feminism that have kept women divided to this day. Schlafly’s crusade is the obvious adversary, but the series actually brightens to life more when it’s looking at the role of privilege and status that plays between the lines. Schlafly’s “Stop ERA” group becomes a cadre of mean girls on the small scale, led by Melanie Lynskey’s brown-nosing Rosemary. Schlafly’s desire to win at all costs eventually opens the group up to accepting racists and attracting the Klan.
You must log in or register to reply here.