My Spy (2020) movie review: a warm comedy but there is no surprise on it

the action comedy "My Spy" starring Dave Batista who participated in "Guardians of the Galaxy" once again changed the schedule, from 3 It will be released in North America from April 23 to April 17.Dave Battista and young actor Chloe Coleman use this "trivial" to trigger all kinds of jokes. The brave man Dave Batista was sent to monitor the family, but he had no way to deal with the 9-year-old girl. In addition, Christine Shar, who voiced "Toy Story 4", also joined the movie. 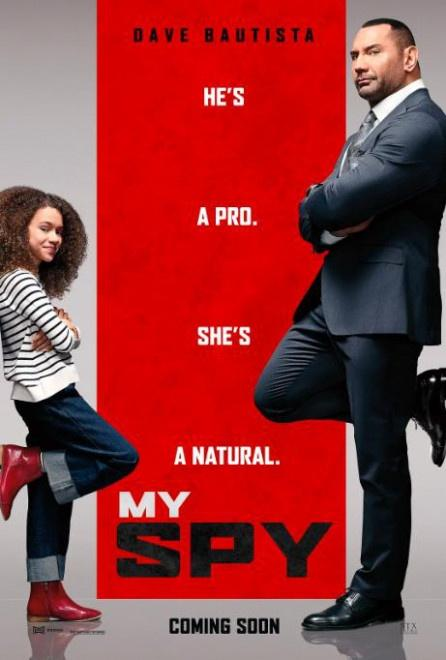 This is a warm comedy, don't watch it with rigorous logic, it's just a movie to relax when you don't want to think!

The figure of the man looks like his head is a little small, looks like my cat

However, Batista doesn’t push her bald head, it ’s definitely not going to drip. It ’s fun to see bald tough guys from other countries! Seriously, Batista can't beat the girders, the mediocre plot, the familiar plot (as if Fan Guangtou has also played this kind of babysitter movie), the unbelievable action, it is a hypnotic drama!
Last edited: Apr 17, 2020

To me, My Spy (2020) is not good enough, but it might be suitable for a family movie night
You must log in or register to reply here.