I am always concerned about European and American entertainment. I do not know if I was screened by a high-value beautiful girl about February 26 , as follows: 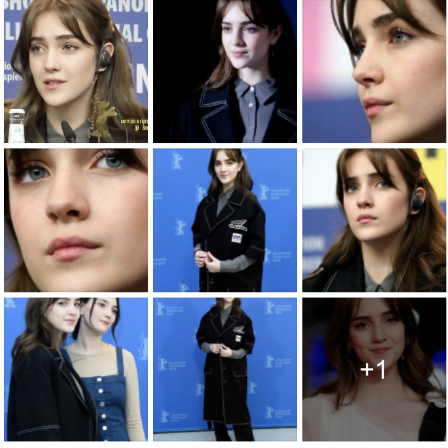 The eye-catching beauty of the Reiki girl and the reputation of the Berlin Film Festival have made the movie whose name is not very memorable arouse the curiosity of the fans. 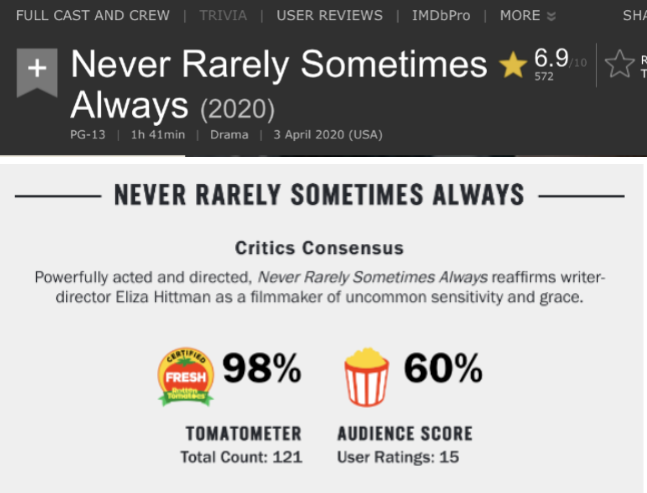 IMDB's story introduction is very concise. I will translate it directly here: The story is about two teenage girls from Pennsylvania who went to New York alone to try to find a way to abortion (Pennsylvania requires abortion to be approved by a guardian).


As a teenage abortion film, this film does not have excessive speech dialogues or hysterical shouts , and uses an expression of " no apology ". The little heroine is closed in character, humble in appearance and seemingly revealing despair in her heart. Underage pregnancy , she constantly makes wrong choices, does nothing bad but does not please, and seems to be bored with everything. This real character does not seem to be the kind of brave female image that is popular in mainstream movies , but it is these realities that foretell a part of the slow development and transformation of the little female hostess. The role played in.

Autumn (Sidney Flanigan) is a quiet girl who looks away from the hustle and bustle, but at the same time makes people feel that she seems to have been under heavy pressure. At the beginning, a seemingly metaphorical talent performance song was sung on the stage, and a boy shouted " Slut ".

In addition to her, another little hostess, Autumn's only friend is her cousin and colleague Skylar (beautiful girl at the beginning of Talia Ryder's article), who also seems to have the depression of her peers.

As the plot develops, the audience learns the reason-17-year-old Autumn is pregnant. Author and director Eliza Hittman (Eliza Hittman) knows how to tell a story dramatically-two women with mature enough ideas, but at the same time experience the most dangerous for minors in the American environment Things .

As the popular theme of women's awakening , this movie, with its two absolutely fresh faces, will surely become a film talk in 2020.

From the puzzled film name "Never, rarely, sometimes, always", it was full of inducement: after finding out, two teenage girls traveled alone in the chaotic New York City, seeking a way to abortion. Since ancient times, movies that talk about youth and children are very easy to pull the audience's heartstrings, and can also be regarded as a means of cheating . But director Eliza Hittman does not completely use the "fragile boy" as the handle. This film focuses on details rather than plot. We all know what is the plot of the beautiful young underage girl who is far away alone. He is closely watched by a man in the restaurant, and his hands are licked unscrupulously by the grocery manager Ding. He is masturbated while staring on the subway while drunk, teenage Girls are always used as prey or ornaments in a male-filled world .

After Autumn learned that her home state of Pennsylvania requires abortion to be approved by a guardian, she and Skylar used the only money to travel to New York City for an abortion operation. Director Eliza Hittman's description of the front and back of the New York trip is very clever: Autumn found that she was pregnant. The first decision was to make a nose nail for herself . It suddenly made me think that she began to learn to control herself; the two because they had no money When colliding in New York, you need to use various methods to borrow money ... These small plot descriptions that seem to be a running account are easy to give the audience a sense of substitution and increase the authenticity of the movie. Director Eliza Hittman does not need too much music to promote in this film. Quietness is her best weapon . There are not too many monologues and dialogues. The lines are only a few words. Instead, the camera is constantly zooming in. Most of the shots in the film are attached to the faces of Autumn and Skylar in an attempt to tap their inner activities and find the truth.

Starting from the bus to New York, the two girls were spotted by another young boy. This role seems a bit abnormal. Generally speaking, if you want to highlight the dangers of young women in society, it seems that the behavior and actions of a middle-aged and old man will be more convincing, and the image of young men is often not considered Social risk factors. When he uninvitedly touched Skylar's thigh, the director put the camera on his pale hand and landed on Skylar, long enough to express it: arrogance, privilege and sense of ownership .

For Autumn, abortion is a battle. Hittman avoids making this battle movie too scary, so in New York City like a tiger, there is also the warmth of women from the other side of the clinic. Especially the care of the consultant before the abortion operation can be said to make the audience suddenly wake up the meaning of the movie title . Autumn uses only four words in the movie title to answer questions about its health, sexually transmitted diseases and partners. This is a simple and cleverly designed scenario: only two women are chatting in the office. As mentioned earlier, director Hittman uses low-key realism and soft visual effects to make the audience as close as possible to the role of Autumn. From the change of her face, we realize that her innermost world has opened up. The two young actresses performed quite well in the movie. I thought that the two people in this story should be very similar, but in fact the two people performed their own characteristics through their own performances.

"In the past year, your sexual partner refused to bring a condom"

"Your sexual partner threatened or intimidated you"

"Did you force anyone to have sex with you since you were born?"

These are the problems that cause the female host to gradually collapse.


Director Joost Hiltermann (Hittman) about a story, but she also quietly for Women sovereignty intense debate . Autumn wants to miscarriage and control her life and body. But the world has never been easier—clinics, money, bus tickets, and the courage and ability to get from one state to another and face the behemoth of New York City.


This movie requires all parents to take their children to watch it, like a documentary film that gradually peels off scars , to wake up caring for others and themselves.
You must log in or register to reply here.