In recent years, TV brands have begun to focus on high-end TV, and the high-end representatives are OLED TVand MiniLED TV. Due to the high cost of MiniLED at present, there are relatively few MiniLED TVs. So this time, let's see how to choose between OLED TV and LCD TV, and what's their difference

2. No shadow: DC dimming and eye protection, almost no shadow, in short, OLED is very suitable for playing games;

2. Burning the screen: The risk of burning the screen is still there, but it is also related to personal use habits. If you don't have long-term fixed elements in your usual use scenarios, you can ignore this problem.

3. The brightness is still lower than LCD: The so-called low brightness does not mean that you have to close the curtains to watch TV, even with the LCD TV, you you couldn't see with sunshine point-blank coming in. And you need some sunshade measures somehow. The so-called low brightness is referred to that under the HDR mode especially Dolby horizon, in order to complete dynamic interval mapping, the overall image will be a little darker, and the light source of the highlighted scene is not particularly striking.
In an indoor scene, for example, there are two beams of sunlight, the LCD might make you feel a little distracting, but OLED is unlikely to have this kind of feeling, of course, the premise is to contrast the high-end LCD, X95J is a start, As for the 90 series, basically there's no difference.

1. High brightness: The impact of LCD TV on the scene of light source is obvious, and it is more obvious in some HDR movies under high brightness;

2. Cost-effective: In addition, mid - and high-end LCDS are still cheap. You can buy a 75-inch LCD for the price of a 65-inch OLED TV

1. Contrast: The black is not as pure as OLED, and the contrast is relatively less. Some of the wide-view technologies may have lower contrast (also depends on the product);

2. Angle problem: Due to the visual Angle problem of VA screen, if the screen is too large, the left and right edges or the upper and lower edges will be white (the impact of visual Angle is not limited to the side view, if the front view is not far enough, there will be visual differences in the edge Angle);

3. Partition backlight: Because the backlight is overall, even if it is partial, halo will appear in a high contrast image, SONY is already much better, Samsung has the most serious problem, specific performance is the picture a subtitles appear white, around the local and even the whole picture is brighter, the picture will be normal without subtitles. This is a serious problem but SONY is doing as well as it can with its high-end LCD TVs.


The advantages and disadvantages mentioned above are relative and do not apply to everyone, so whether the brightness of OLED is a disadvantage or not and whether the whiteness of LCD is a problem depends on the experience after going to the store. If you think there is a gap, it is a shortcoming. If you think there is no difference, it is not a problem.

I recommend you to go to the store to actually experience, then choose the best one for you. 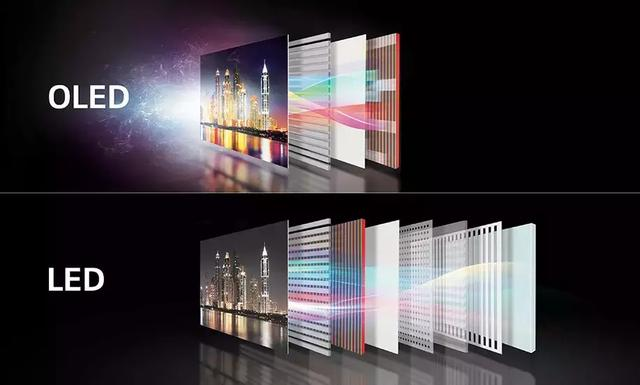 Thank you for sharing
You must log in or register to reply here.