As a branch of Mario games, the "Paper Mario" series has been developed by the second-party manufacturer Intelligent Systems (the developer of the "Fire Emblem" series). Compared with other Mario works, "Paper Mario"'s special paper man settings and gameplay with RPG elements can be said to be very unique.

The story of Paper Mario The Origami King begins when the brothers Mario and Luigi receive an invitation from Princess Peach to participate in the festival. But when they arrived at the castle, they were met by Princess Peach, who had become origami, and King Oli, the king of the origami kingdom. King Ollie turned Princess Peach and the residents of Chinobio into origami slaves, and threatened to make the entire world into paper. After that, Princess Peach and the entire castle were taken away by King Orly. Mario had to take an adventure with Ollie's sister Olivia, looking for a way to defeat Ollie and save the world. 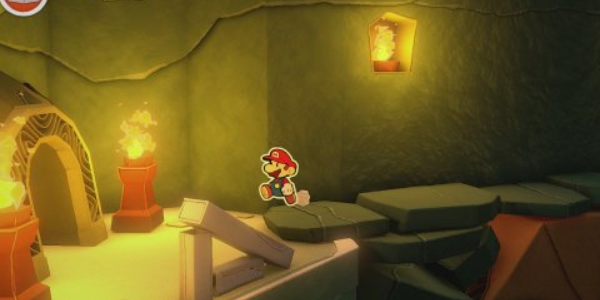 The previous "Paper Mario" series will have a theme element. For example, "Paper Star" on the 3DS is a sticker, and "Color Spray" on the Wii U is a color. We can see this from the title. . As for the theme element of this work, it is obvious that origami. The game is made up of various origami, paper molds, paper stickers and other elements from the scene, the characters and the entire world, like Chinobio that has become various origami animals. Residents, courageous tetragonal gods, water currents presented in the form of paper, wheat fields, etc. Paper textures, distinct corners... the player can fully feel the smell of paper. However, the game's manifestation of origami elements is still mainly on the visual level. As for the gameplay content such as puzzle solving and combat, the relationship with this theme element is not too big. 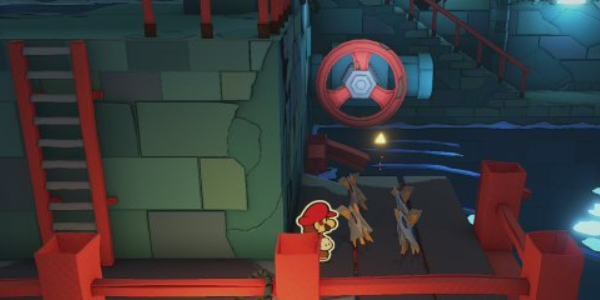 Throughout the entire Mario series, the overall tone is still light and humorous. The same is true for Paper Mario The Origami King. The game's plot dialogue is still full of jokes and full of nonsensical style. In addition, there are many interesting partners who can make an impression, such as Olivia who has been with Mario to help solve difficulties; Bobin Bin who is usually lazy and never loses the chain at critical moments, etc.

Of course, there are still many realistic and evil elements in the plot setting. Take Chinobio residents as they have different personalities and identities, but some residents’ behavior and style will also reflect laziness and selfishness. On the one hand, it is like a social microcosm. And the faceless Chinobio in the Desert Pass is even more cult, and it makes people get goose bumps. 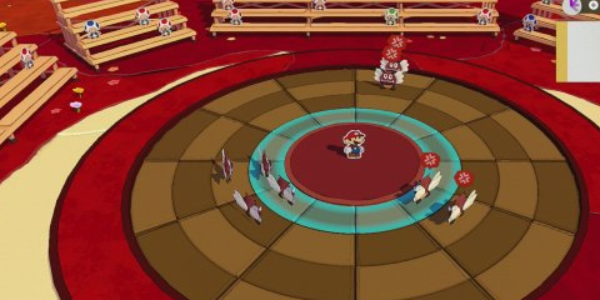 All kinds of Chinobio residents are also the most common collection elements in the game. Most of them are transformed into the appearance of butterflies, grasshoppers, monkeys and other origami animals, while some are stuck in various cracks. As long as Mario smashed them at them, or pulled them out of the gap, these Chinobio residents would return to their original appearance. Find them to help you pass the game. For example, some Chinobio will return to town to run shops and sell items to players, while others can appear in battle. As long as they spend money, they will join the battlefield from the sidelines of the audience to help Mario fight. 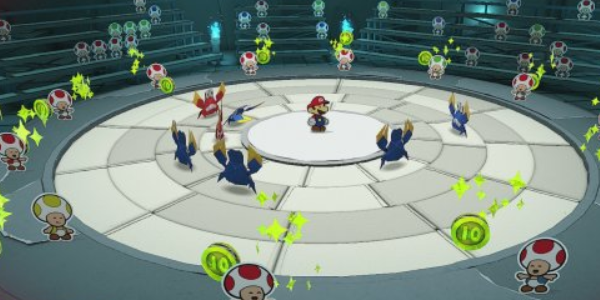 Various collection elements are properly integrated into the scene. Players mainly discover hidden shortcuts by observing the environment or complete collection through simple mechanisms, puzzle solving, etc. Collecting puzzles has always been the strength of the Mario series. The overall experience of this game is also very relaxing and fun, and each Chinobio saves them because of the environment and the changing animal differences. After coming out, the dialogue is completely different, and the content is often very funny and humorous, which makes the collection process of the game more vivid. 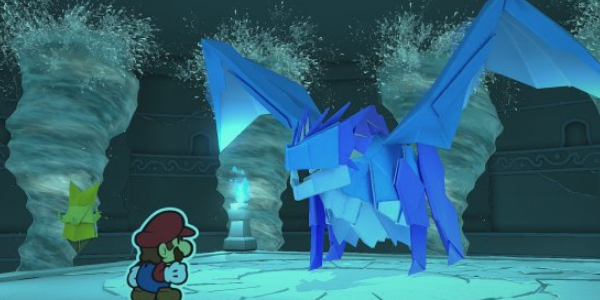 Paper Mario The Origami King also has a high standard in terms of process flow and level design. Each regional scene will have different theme elements. In most scenes, the game combines battle, exploration, collection, puzzle solving, etc. cleverly, so that players can always maintain a sense of freshness and get a different experience in the process . For god-related scenes such as the Water Dragon Temple, the design of organ puzzles will be applied to related elements such as flowing water. A sunshade tent on the street may be a jumping platform when opened. Knock on the cracked walls and fences to open new passages, shake down the boxes on the cabinets and climb higher... to the Edo Garden , The game is the combination of the scene and the gameplay to the fullest. In addition, the game also provides a wide range of small games, such as shuriken target shooting, airship combat in the later stage, etc., plus somatosensory gameplay such as the Hand of God, which further enriches the game experience.

On the whole, Paper Mario The Origami King's exploration, collection, and puzzle-solving parts are quite good, even if compared with some of Nintendo's first-party works. However, the process of the first one or two hours of the game is relatively plain and boring, but with the continuous unlocking of new content and the increasingly rich scene design of mechanism elements, the game experience can be said to be getting better.
You must log in or register to reply here.
Share:
Facebook Twitter Reddit Pinterest Tumblr WhatsApp Email Link
Top