Recently, Samsung Display has previously announced that it will completely end the production of LCD screens at the end of 2020 and switch to the production of quantum dot light-emitting diode (QD-LED) screens. Previously, it was reported that Samsung would invest 11 billion yuan in production. But this is far from enough for industry leader Samsung. There is news that they are already working on screens that are more advanced than QD-LED. 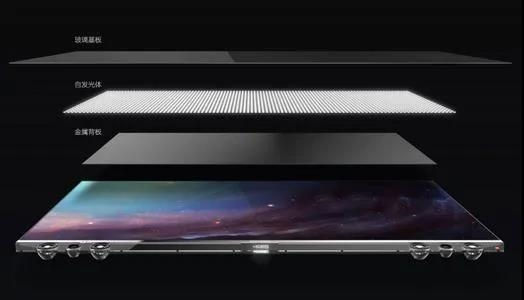 QNED vs OLED: What is QNED?

According to reports, QNED is not a brand-new technology, but it is gradually becoming a hot topic in the display industry. QNED is the abbreviation of Quantum dot Nanorod LED, which uses oxide TFT and quantum dot color filter technology similar to QD-LED.

The main difference between QD-OLED and QNED lies in the pixel material and pixel manufacturing technology itself. Samsung uses an inkjet method to spray nanorod LEDs dispersed in a solution into the pixel area to manufacture QNED pixels, and then perform pixel self-alignment with the help of electrical signals.

What QNED does better?

Compared with existing display solutions, QNED technology is expected to provide superior contrast, higher brightness levels and faster response times. According to data from UBI Research, Samsung Display may start producing 30,000 QNED panels per month in the second quarter of 2021. The source also said that once Samsung's QNED-based TVs will be commercialized, it will pose a major threat to LG's WOLED solutions.

When can we see a real QNED TV?

Some people in the industry believe that QNED TVs are unlikely to be available next year because Samsung Display still needs to solve some problems. Although the production cost is said to be lower than that of OLED, micro-LED and QD-LED, the inkjet manufacturing method described above takes a long time, and the company is currently working to make it feasible for mass production. As an emerging technology that may succeed QD-OLED, it may take several years for QNED to become mainstream.

Samsung Display considered these deficiencies in QD materials and began to try to combine QD with Nano LEDs. According to analysis, Micro LED is a technology that embodies the know how of semiconductors, while QD is a competitive material that Samsung has invested in for more than 10 years. QNED, which combines Nano LED and QD, is considered a new generation of display technology with high possibilities.

As mentioned above, some people believe that although OLED self-luminous display technology is the best choice for the next-generation mainstream technology, Samsung's research on QNED has undoubtedly given OLED a wake-up call. As we all know, Samsung has a very strong technical reserve on OLED, but it seems that Samsung does not want to bet all the bets on OLED, but chooses to diversify risks and continue to make efforts in LED technology.

According to IHS Markit's forecast, OLED panel shipments in 2020 will increase by 50% to 4.5 million pieces. It will reach 6.7 million by 2021, 9.35 million by 2022, and 11.5 million by 2023. Therefore, it is expected that OLED TVs will account for more than 10% of the entire TV market in 2023. OLED display technology is gradually becoming the mainstream of the market. Many TV companies around the world, including LG, Sony, and Skyworth, are sparing no effort to promote OLED TVs. The newly added Mi TVs have also promoted discussions on OLED TVs by themselves.

In addition, with the improvement of the manufacturing process, OLED panels are gradually overcoming the shortcomings of the past, and the yield and yield rate continue to increase. In addition, many manufacturers can also give full play to the advantages of OLED screens such as thinness and good ductility to innovate for OLED TVs. For example, the previously launched OLED wallpaper TV fully highlights the light and thin performance of the OLED screen, and realizes the perfect combination of art and products; for its excellent ductility, the screen of OLED TV can also be expanded to 88 inches, which is very shocking. In addition, there are special screen designs such as double-sided OLED and rollable OLED, which can be said to be good attempts. 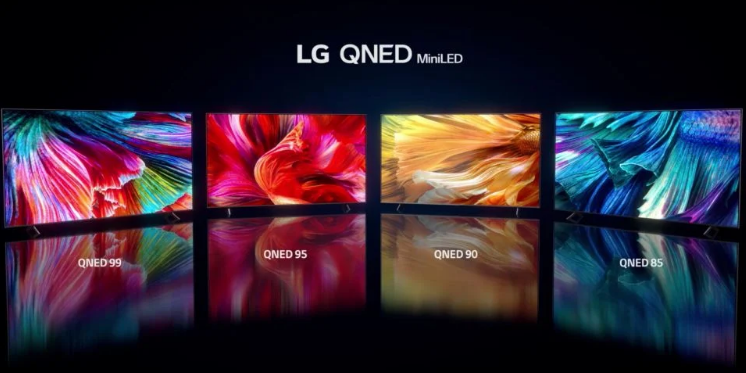 LG QNED TVs are LCD-based and use a combination of quantum dot and NanoCell technologies with Mini LED backlighting. The Mini LED backlighting consists of up to 30,000 tiny LEDs paired with nearly 2,500 dimming zones. This results in QNED TVs having great peak brightness levels and an improved contrast ratio compared to regular LCD TVs. QNED sounds a lot like QLED — a technology popularized by Samsung TVs — and the two technologies are very similar as both use quantum dots, which are semiconducting nanocrystals that produce a wide array of colors. The reasons why LG named its newest technology with an "N" rather than sticking with the already familiar QLED are to separate itself from other brands and because QNED incorporates NanoCell technology, which improves the color accuracy at different viewing angles.

OLED Is Better Than QNED​

Despite QNED being LG's newest technology for TVs, OLED TVs remain the best in the industry. LG even acknowledges this with a statement in one of its press releases. The biggest difference between QLED and OLED is independent dimming control. While QNED TVs have plenty of dimming zones, it still uses dimmable light bulbs. OLED TVs use organic, carbon-based material that can produce a wider array of colors or no color at all. In fact, OLED TVs are touted to have the best blacks because individual pixels can be switched off whereas QNED pixels can only be dimmed.

Consumers seeking the most premium TV should purchase an OLED TV because of its top-of-the-line picture quality. However, QNED and QLED TVs are fantastic alternatives for those who do not want to spend exorbitant amounts of money. The truth is that there are great TVs in all budget ranges. Even brief research will show that consumers have plenty of options and purchasing last year's models is always a good idea because they can be markedly cheaper while the annual improvements in TVs are much less comparatively.
T

LG's "QNED" stands for Quantum Nanocell Emitting Diode. Although "Q" is used, it is not a real quantum dot luminescent material, but a quantum dot film is applied to the filter. And "N" is not the real light source of Nano LED, but refers to the high-end LCD TV brand line "NanoCell" launched by LG in early 2020.

From a technical point of view, LG's QNED TV is essentially still an LCD TV based on Mini LED backlight and QD filter.
T 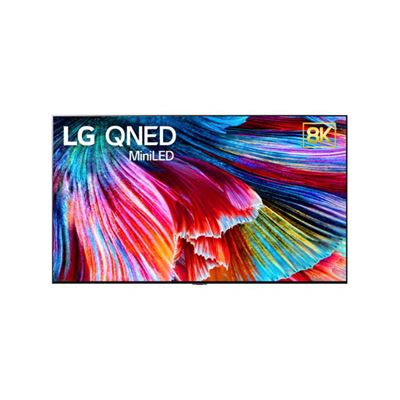 Both Samsung and LG have failed to register "QNED" as trademarks with the U.S. authority, documents showed Sunday.

QNED is mostly a branding term. Which is Quantomdot Nanocell Emitting Diode.​

Basically, QNED will make use of around 30,000 LEDs used in the backlight. That is far more than the number found in its existing LCD TVs. This is because QNED is using MiniLED technology. That’s a backlight that can use a large number of very small LED lights to control brightness and create effective contrast between different areas of the screen.​

According to LG, the new backlight “comprises up to almost 30,000 tiny LEDs that produce incredible peak brightness and a contrast ratio of 1,000,000:1 when paired with up to 2,500 dimming zones and advanced local dimming zones.”​

Because of that, the contrast and brightness control is going to be similar to OLED. Remember that OLED panels can turn off individual pixels entirely, which leads to the so-called “infinite” contrast ratio between bright highlights and deep blacks. However, LG says that QNED won’t beat OLED. At least not yet.​

want greater ability to display black, definitely OLED
You must log in or register to reply here.