New Resident Evil 3 patch improves the remake's framerate on Xbox One X by reducing its resolution to the same one used on PlayStation 4 Pro. 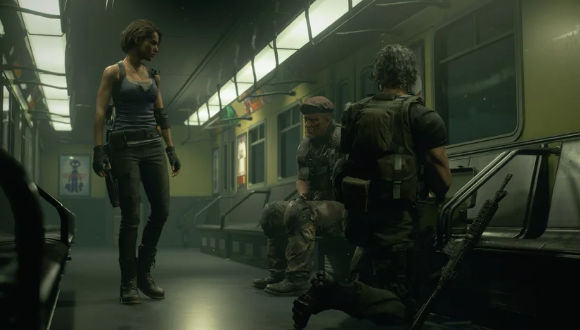 Resident Evil 3 players on Xbox One X should be having a better time with the game now, thanks to a patch that increases the framerate. The Resident Evil 3 remake is off to a good start in terms of sales, with Capcom reporting more than 2 million copies sold in the first five days after its release.

Resident Evil 3 isn’t quite as beloved as Resident Evil 2, which also got a remake recently, but its updated version still left fans pleased, with Screen Rant giving it 4/5 stars. The remake also introduced a multiplayer mode in the form of Resident Evil Resistance, which has its share of problems, but still provides a new way to experience Resident Evil along with friends. Following the successful launches of both Resident Evil remakes, there are strong signs that Resident Evil 4 is due for the remake treatment next.

While the Resident Evil 3 remake left players mostly satisfied, those with the Xbox One X version of the game had a little more trouble with it. That’s because the Xbox One X version initially ran at a resolution of 3840x2160, rather than the 2880x1620 resolution that the PlayStation 4 Pro version used. That caused noticeable framerate issues as the Xbox One X struggled to keep up. Capcom has since updated the game, reducing Resident Evil 3’s resolution to 2880x1620 on all platforms with a patch. YouTuber VG Tech ran a framerate test on Resident Evil 3 before and after applying the new patch and found that the new version of the game runs at a mostly smooth 60 frames per second while the unpatched version has a wavering framerate that often dips down near 30 fps. There’s currently no option to revert back to the old resolution for those who’d rather have a sharper picture than a smoother framerate.


The Xbox One X and PS4 Pro seemed capable of running anything developers could throw at them when they first launched, but it seems they’re now starting to come up against their limits. Most players probably wouldn’t call their high-end consoles underpowered, but it’s becoming clear that some developers could use a little extra power to deliver games exactly how they want them. With the Xbox Series X and PlayStation 5 set to debut this year, developers may be gearing up to push the limits even more, if next-gen consoles aren’t delayed by the coronavirus outbreak.

Resident Evil 3’s framerate problems on Xbox One X were nowhere near game-breaking, but the patch from Capcom is still a welcome improvement. In a year where remakes are dominating game release schedules, it’s good to see developers treating their classic games with the care they deserve.
Last edited: Apr 17, 2020

Opps I thought it would come out in May
You must log in or register to reply here.