Richard Jewell (2019) movie review: A political war caused by a nobody

After watching the movie, I didn't quite understand why the movie didn't have any splashes during the award season, so I searched and commented on the Internet. On Rotten Tomatoes, the media rating of this movie is only 73%, which is far inferior to movies such as "The Sword". I was even more puzzled, so I took a closer look at the evaluation of these media. Finally led me to a criticism of the movie from the Atlanta Charter. The criticism is mainly directed at the shaping of female journalist Kathy Scruggs in the film. The female reporter used sex trades to get information from the FBI agents about their upcoming investigation of Richard Juwell, which led to the nightmare of Juwell from "hero" to "killer". journey of. In fact, most of the negative comments on the film are directed at the image of this female reporter. When I watched the movie, I had a hunch that the image of this female reporter violated not only the professional ethical issues of the media, but also the most sensitive gender political issues. 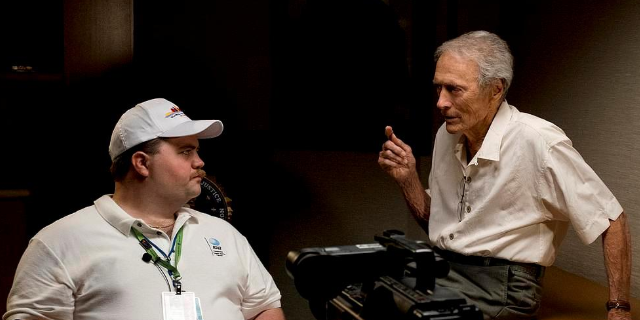 The vast majority of the movie's movies are centered on showing the truth. So the critics cannot fail to notice whether the female reporter's use of sex transactions to obtain information is true? After all, people have passed away, and there is no evidence before. So many critics ridiculed the movie as "too dramatic" and dealt with real people. Some comments point directly to “disparaging women”. So much so that the actor Olivia Wilde who played this role had to stand up and make it clear that she as an actor could not decide and change the content of the script. Personally, I think the grandfather really should not include this scene in the movie. But at the same time, I think this may be a kind of irony of the old man. After all, after the FBI withdrew its investigation of Juville, Juville turned around and sued many media including NBC. Most of the media settled with him out of court. Only the Atlanta Charter insisted that their reports were based Inferences about objective facts have no place to fabricate and slander. So, how was the news inside an FBI known by a female reporter? The old man reasoned like this, just as the reporters inferred that he was the murderer through the image of Juwell, a clumsy, fat, single white man who lived with his mother. In fact, this movie is full of such mockery. Because Juvier itself is an imperfect little person, in addition to being treated unfairly, he has an excessive history, no taxes and a house of guns. Even in the end, the FBI couldn't find any evidence that could accuse him of being the murderer. The FBI agent still criticized Zhu Weier: I know you are the murderer. Although I have no evidence, I know you are. The FBI agent didn't hate Zhu Weier, and there was no reason to hate Zhu Weier. He just believed in himself. This attitude is actually a portrayal of most people. If in the end it was n’t the real murderer, how many people would have always suspected Juvel ’s innocence? 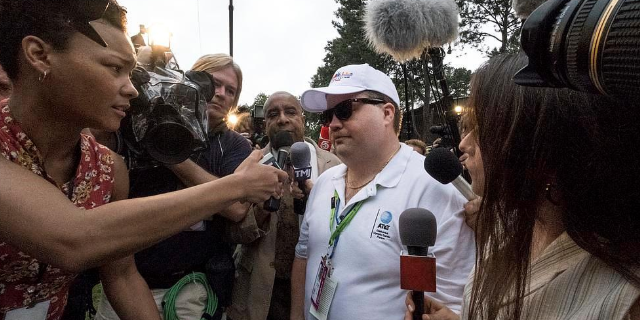 However, the most interesting criticism of the Atlanta Charter was actually the comments of the readers, which amounted to more than 400. The focus of these more than 400 comments turned to Trump. There is a line in the movie that mentions "quid pro quo". Don't be too hot recently. In fact, the script for this movie was completed a few years ago, and the filming was completed before Trump was investigated by impeachment. But who made the old man pro Trump? ! The media throughout the United States are scolding Trump, but the old man said that "between Hillary and Trump, he must choose Trump." This is simply a public enemy of the media. Even if there is no female reporter, it is estimated that this movie will not be well received by the media. But with this line, the media can infer that the old man is using the movie to satirize the Democratic Party ’s investigation of Trump. In fact, I personally think that the old man did not really support Trump. He made it clear that he would not support Trump in funds or any other form. He just indicated that between Hillary and Trump, he felt that Trump was at least Relatively honest. Personally, I think the American media and "free speech" are simply two levels of conflict. Few media do not have their own position, but you cannot have a position opposite to them. I listen to Cui Wa ’s program every day. The stand of this program should not be too clear. All kinds of taunts and ugliness Trump, and interviews with Hillary Clinton. But you can't criticize the media for not being objective. This is their "free speech" and "political correctness."

Regarding this movie, the real background it produced and the current public opinion background make it impossible to discuss it anymore. What's interesting is that when browsing these reviews, my biggest feeling is how many different feelings and views there are between people on the same thing. And each of us is changing the truth when we talk about our feelings. Maybe the next world war is really a "slobber war."

I personally feel that the highlight of this film is in the phishing section. This setting feels ridiculous but very real. Combined with the online news of previous years, the brain is made up. The sudden change of the painting style made me think that this was actually a comedy film, but as the title of the film, only the beast, from the perspective of God, this story is indeed ridiculous and ridiculous. God mode.
You must log in or register to reply here.