The new six-part instalment will see writer Tony (Ricky Gervais) set out to be a better friend to those closest to him but considering they're all dealing with problems of their own and he's suddenly facing the very real prospect of the newspaper he writes for shutting down, will the task prove an impossible on? 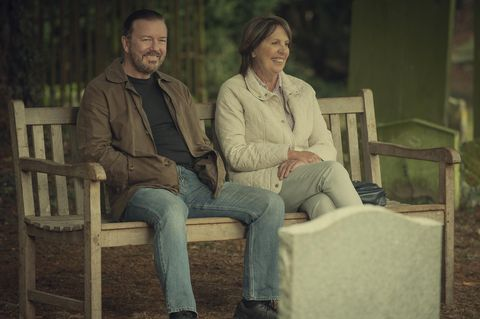 Well, if the local Am-Dram club, as it prepares for an upcoming show, has anything to do with it, then hopefully not.

In a handful of new stills, Tony can be seen sitting on a bench with Anne (Downton Abbey's Penelope Wilton), who he met while visiting his late wife Lisa's grave back in the black comedy's first season. 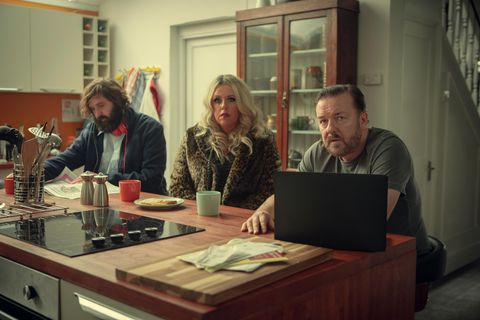 In another, he's sitting at a kitchen table top with postman Pat (Joe Wilkinson) and sex worker Daphne aka Roxy (Roisin Conaty).

In a third image, Tony looks to be dishing up some grub for his beloved dog Brandy, who quickly became his best pal after Lisa passed away suddenly.

After Life's first series is currently available to stream on Netflix UK. The show's second series will premiere on April 24.
Last edited: Apr 17, 2020

Can't wait to watch the new episode!
You must log in or register to reply here.