Earlier this year, LG and Samsung showed off their next-generation display technology for premium TVS by 2021. LG is focusing on QNED this year, while Samsung is Neo QLED. Both display technologies deliver improved color, peak brightness, and contrast of HDR content, and offer 4K and 8K resolution specifications.

They both look great, but there are some differences, and understanding the differences between the two technologies may also provide some ideas for future TV purchases. 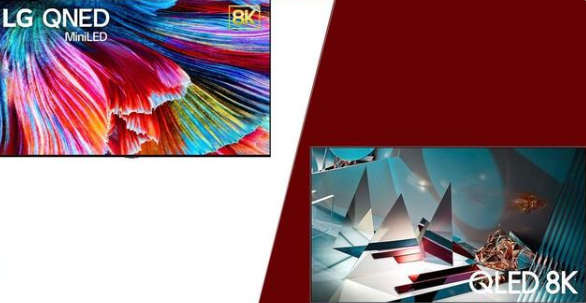 1. Are QNED and Neo QLED better than other display technology? Why do we need them?

LCD technology produces color by filtering ordinary backlighting. The disadvantage of previous LCD technology was that the backlight would bleed into the dark pixels, thus reducing contrast. This means that blacks are not as "pure" when using LCDs, so the contrast is poor compared to pixel-dot self-emitting OLEDs, and is inherently flawed when displaying HDR content.

To solve this problem, LED TVs introduce multiple backlights and use "local dimming", which can improve the overall contrast. There are different ways to set the backlight to achieve dimming, each with its own advantages and disadvantages. Full-array local dimming is the best but also the most expensive option, while edge-based dimming is cheaper, but the display is relatively poor.

However, even with full-array local dimming, the number of lights in the dimming zone is still a limiting factor. LED TVs then often exhibit halos between adjacent bright and dark areas, so for some tiny images, such as stars in a dark sky, do not benefit from this, but may become blurred as a result.

Increasing the number of dimming zone lights helps reduce these errors and improve performance, but of course, it also makes the display panel more expensive. So you can see that many manufacturers are now turning to the use of OLED panels because each of its pixel points can be self-illuminating, and thus can obtain a higher contrast ratio. But LCD is gradually closing the contrast gap, and this is the next to introduce and compare LG QNED and Samsung Neo QLED technology.

2. LG's QNED and its advantages

LG's QNED is the company's first-ever miniLED technology, with 2,500 local dimming zones on its 8K model TVs and up to nearly 30,000 mini LEDs on each panel, and the key point of this technological breakthrough is that the miniLED backlight has become smaller and denser to the point of greatly increasing the number of local dimming zones, thereby improving contrast and reducing halo artifacts. LG said that with this technology, the contrast ratio can reach 1000000: 1, refresh rate up to 120Hz.

LG's QNED's full name is Quantum Nanocell Emitting Diode, where Q stands for Quantum Dots, which is the color filtering part of the display. It should be noted that QNED is still essentially a filter-based LCD technology, and while we know that filters block light and lead to lower color saturation, quantum dot technology enhances or replaces the traditional color photoresist in LCD color filters with sub-microscopic conductive nanocrystals. In LG's solution, QNED uses its internal NanoCell material to shape the spectral frequency of the backlight, which is then filtered through a quantum dot-enhanced film.

In short, quantum dots reduce the light loss and crosstalk of traditional LCD color filters, which results in more vibrant colors and a wider color gamut. Combined with a heavily partially dimmable backlight, LG QNED should perform well when compared to expensive OLED HDR displays. It is worth noting that even after demonstrating QNED technology, OLED is still the display technology currently used in LG's high-end TVs.

3. Samsung's Neo QLED and its advantages 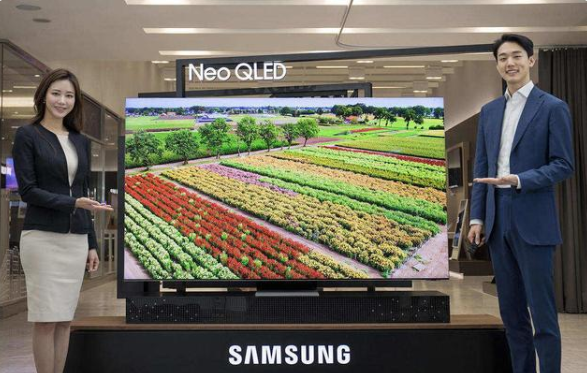 Samsung's new Quantum Mini LED is 1/40th the height of the previous one, which makes it much denser. And Samsung also removed the LED chip packaging and lens, replaced by a new ultra-thin micro-layer to guide the LED light.

Both LG and Samsung are relying on smaller, more dense miniLED backlight technology to close the gap between LCD TVs and high-end OLED TVs. While they necessarily differ in image quality, we have to put them together to come up with a more obvious difference. 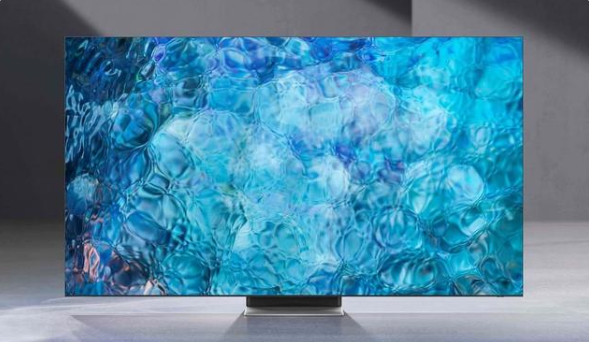 An interesting point of comparison between LG and Samsung's latest technology is what LCD color filter layer is used, and while it's unclear what panel layer LG displays use, based on previous releases, it's likely to stick with the IPS (in-plane conversion) scheme. And Samsung has transitioned to vertically aligned LCD, but at the expense of narrower viewing angles as the price. This trade-off between HDR contrast and the viewing angle is probably the most obvious difference between the two.

Finally, although LG's QNED and Samsung's Neo QLED have important differences in hardware and software, but both have basically similar approaches to solving the problems of contrast and color deficiencies in LCD and OLED TVs. So, for now, it seems that these two display technologies are not superior or inferior, and we look forward to the early application of these technologies to more display devices and provide a more affordable price.
B

good, it's really helpful for me
M

Samsung and LG should now be considered the two companies at the forefront of the screen field, right?
J

Samsung QN84A vs. Samsung QN85A, which is better?