Samsung Display is expected to start production of quantum dot (QD)-OLED panels in the fourth quarter of this year, according to UBI Research. 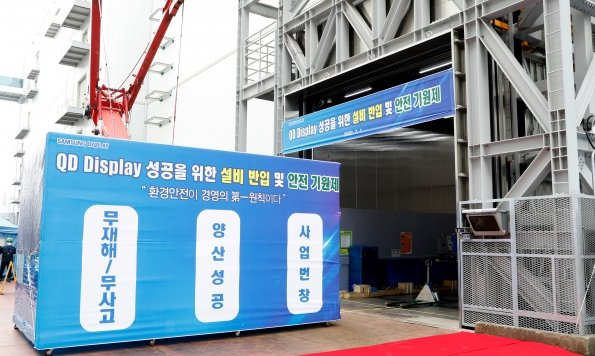 As the Gen 8.5 substrate can be used to make three 65-inch panels, Samsung Display produces about 1 million QD-OLED panels a year, according to UBI Research.

TVS using the panel will debut at CES next year and go on sale sometime in the first half of 2022, the company added.

Samsung officially announced its investment in a QD-OLED production line in October 2019, positioning its QD-OLED products higher than existing QLED TVS, but not as high as its MicroLED series. It will be available in 55-inch and 65-inch models to begin with, followed by a larger 70-inch version.
B

Qd-OLED panels, also known as quantum dot panels, are display devices that use quantum dot (QD), semiconductor nanocrystals that produce pure monochromatic red, green and blue light
You must log in or register to reply here.