"Shoushenk's Salvation" and Stockholm Syndrome-You and I are both patients


On August 23, 1973, two convicted criminals Olsson and Olofsson, after failing to attempt to rob the largest bank in the Swedish capital Stockholm city, hijacked four bank employees. After 130 hours of deadlock between the police and the gangsters, Ended by the gangster giving up. However, a few months after the incident, these four bank employees who were held hostage still showed pity for the abductors, they refused to accuse these kidnappers in the court, and even raised funds for their legal defense. They All indicated that they did not hate the gangsters, and expressed their gratitude to the gangsters for not caring them but for taking care of them, and adopted a hostile attitude towards the police. What's more, Christian, a female clerk in the hostages, fell in love with the robber Olsson and got engaged to him while serving his sentence. 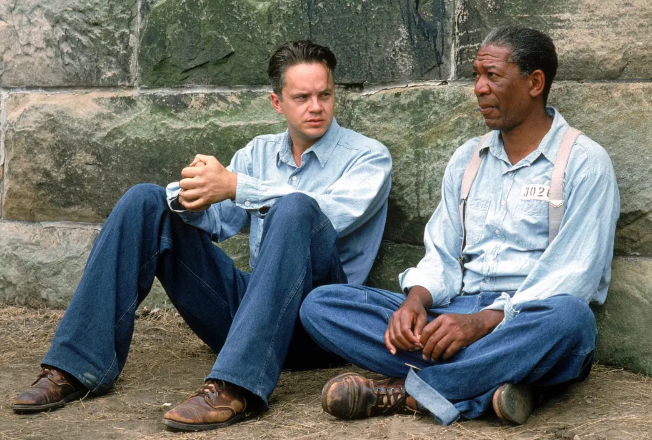 The two robbers held the hostages for six days, during which they threatened the lives of the captives, but sometimes showed a benevolent side. With unexpected psychological intricate changes, the four hostages resisted the government's efforts to finally rescue them. This incident inspired social scientists who wanted to understand whether this emotional union between captives and captors occurred in this special case of the Stockholm Bank robbery, or did this emotional union represent A general psychological reaction. Later research showed that this incident, which researchers called "Stockholm syndrome", was surprisingly common. If the following conditions are met, anyone can suffer from Stockholm syndrome.

Second, this person who is abusive will surely give you small favors, the most critical condition. Such as giving you water in all your despair.

Third, in addition to the information and thoughts he gave control, no other information will be available to you, completely isolated.

With these four conditions, people will have Stockholm syndrome.


In a sense, the formation of Stockholm syndrome also runs through "institutionalization." "Institutionalization" is an important concept in the interpretation of the famous movie "Shawshank Redemption". Prison Old Reed (Morgan Freeman) said of "institutionalized" like this: "At first you hated it (jail), and then you got used to it gradually, after enough time you started to depend on it, this is the system Change ".

The institutionalized symbol in the film is the prison librarian Lao Bu, who was held in the Shawshank prison (institution) for 50 years, which almost exhausted his life. However, when he learned that he was about to be released from prison, not only did he not be full of joy, but instead faced a mental breakdown because he could not leave this prison.

To this end, Lao Bu did not hesitate to raise his knife to kill, in order to continue serving his sentence in prison. He fell in love with the prison that deprived him of his freedom, so after he was released, he finally chose to commit suicide. The old cloth became a part of the environment, and once it broke away from the original environment, everything lost its meaning.

We are "institutionalized" all the time!

Why is "Shoshenko's Redemption" ranked first in IMDb?
Time will prove the value of classics, although it will be misjudged and ignored at some moments.
You must log in or register to reply here.