The rating for this piece of s*it is negative infinity over 10.

Star wars is dead. Before "Solo", I thought that "The Last Jedi" was the worst film in the Star Wars franchise. However, "Solo" is ways worse than "The Last Jedi". Actually I should never call "Solo" a film, as there is neither story nor character development. Although the performances, music score and action sequences are acceptable, say 4/10, they are mindless and meaningless, and without a connection to the star wars series. The actor who plays Han Solo, is not bad, despite the fact I don't know his name. For now let's call him Actor A. Actor A's line delivery is decent and worths at least 5/10. However, the charisma of Actor A is zero, and cannot even be compared with Harrison Ford. This is a wrong casting. 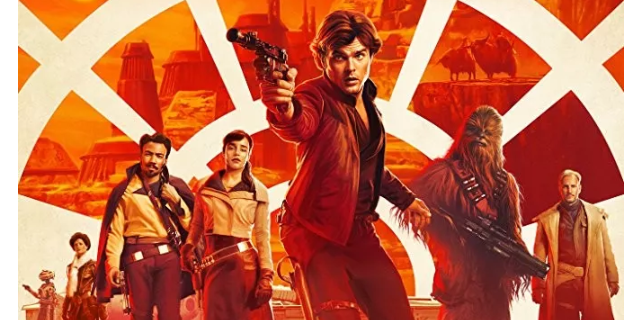 Disney is dead. Previously, Disney has almost never, if not never, made an Oscar-winning film, and has made essentially, if not absolutely, zero contribution to the art of filmmaking. This film has further proved that embarrassing statement. There is simply no point in making "Solo". Disney is greedy as always, and just tries to make the maximum money with the least effort. "Solo" just adds nothing to star wars.

Ron Howard is dead. The guy who made "The beautiful mind" has long gone. Perhaps someone would say that he took over the project halfway, but that is not an excuse for making "Solo" so bad.

Let's pray that Pixar will not be ruined by Disney.

well, I feel the opposite.
You must log in or register to reply here.