Tel Aviv Fire(2018) movie review: with tears in your laugh

Because I entered Venice and added a name, I always thought that there was a political metaphor, so I did n’t watch it until recently. I only picked up some of the movies I did n’t watch, but the result was another unexpected feedback.

Although the film is in the context of the relationship between Israel and Palestine, it is still the same as what I think of a character movie. The background is the background, and more stories are told in this context. So the big background can be put aside and not talking. What I like more is the story itself. A man who is going to cross the border between Israel and Palestine every day helps a soap opera for his uncle as a language consultant. As a result, he slowly passes Character shaping instead of simple political topics gained the trust of the actors and the whole group, and turned into a screenwriter. 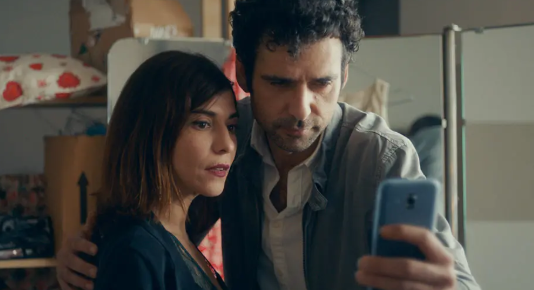 Then, at first, it was not so familiar, and it had to rely on the officers at the border station, his ex-girlfriend, and his mother. Provide him with a source of creation, and later, when he gradually gets better, he can convince many people including investors. It seems like a very simple story, but with the tension between the political environment of the two countries, coupled with the material derived from life in such tension, a funny irony can also maximize the black humor of the film and television industry itself. So the story came out. Very good. Compared to many people describing how the political environment is, I prefer that this story is much more appealing when Salam, who tells the big picture, grows into a good screenwriter.

There are many ironic passages, including the way to get the actor, the reality of the actor's various needs, the stylist to be the actor, the popularity of the popular screenwriter in the studio, how the unwelcome screenwriter shirk responsibility, and the production It is particularly interesting to blame the director's screenwriting scene and other departments, the audience needs political needs, etc. After reading the giggling giggles, you can also correspond to the "colleagues" you met in the studio. It is really interesting. Of course, the biggest bridge section has two points. One is that all creation comes from life. The replaced screenwriter is because it is too political, so the written things are not seen by anyone, and it is really from the daily life whether it is checked and The military officer at the station, or his mother, or his ex-girlfriend's golden sentence, is the audience's favorite scene. The second is that in the two countries with such tense relations between Israel and Palestine, the literary censorship is also very strict. A screenwriter can still write the movie and TV works that the audience loves to watch, which is close to life. Earthy creation.