Thailand movie Time Machine(2019) review: old things and past self

Two memories of entanglement: First of all, I faced my ex-boyfriend Ang, I thought this was the most difficult person to face, and I didn't expect to have abandoned my father. The sledgehammer of life is always overwhelming. In the period when I called my father, I had to say that my acting was really bursting, and the lens was slowly advancing from far and near. We could not hear the voice on the other side of the phone. Through the words and tears of the piano, we could imagine The attitude of the father over the phone. 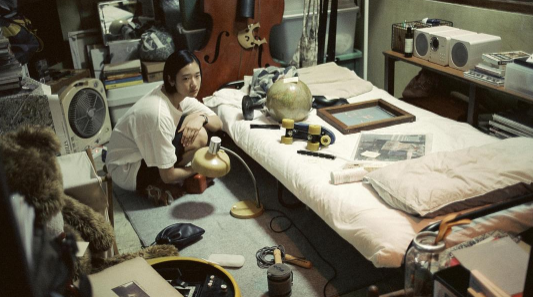 Regarding the shooting technique: a flashback film used only one flashback, or when Qin and Angkor ’s new girlfriend met for the first time, and those worrying memories of the past were sketched out and left to the audience based on old objects or photos In the space imagined by oneself, the treatment of this kind of blank space is actually very good, and it can arouse the audience's echo more than the flashback of a large section. It is precisely because of this shooting technique that the film's handling of emotions is more Japanese-style forbearance and subtlety. Every time you pick up an object, you can feel the thoughts and emotions evoked at the time from the subtle expression on the piano face. , And how to suppress this burst of emotion after the thought of breaking away. Until the end, I saw tears constantly swirling in my eyes, but you can't see the obvious expression of pain from Qin's face, but you can feel the heart surging at the moment. After maintaining this expression for a while, there were tears across his cheeks, so that the delicate treatment of emotions could pierce people's hearts more than crying. 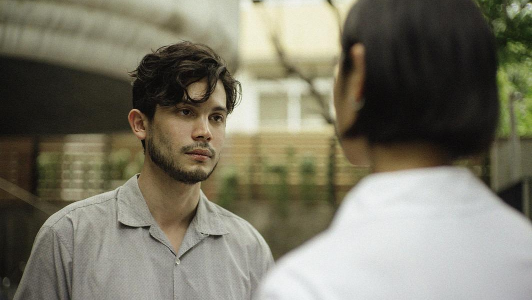 About the meaning of the photo: This is an issue that I was thinking about in the second half of the film. There are two memories related to the photo. One is that the female host opened the hard drive left at Ang ’s house and faced the hard drive named 2013 , Take a deep breath, and then, as we expected, see the past in the studio with Angkor and friends; there is also a family photo about the piano, where the father is sitting next to the piano playing the birthday Song, my mother was sitting next to her father holding a microphone with a smile, the piano was singing while holding a small microphone, and my brother knelt on the side chair silently watching them ... everything seemed so harmonious. Qin does n’t have too much memory about this, but his brother said that he sometimes misses his father when he looks at the piano, and when he sees this picture, he also feels that his father is not that bad ... and in real life, The father ’s indifferent response to Qin and the cruel abandonment of his family have been a matter of course, and Ang and Qin have been unable to return to the past, so these old photos are actually deceptive at the moment. There is a gap between the emotion that stimulates us and real life. What it freezes is only a moment in the past time and space, just like a photo floating in the sea, and the sea water is always rolling and scouring this. Photo, push it further and further away from the center where we are. 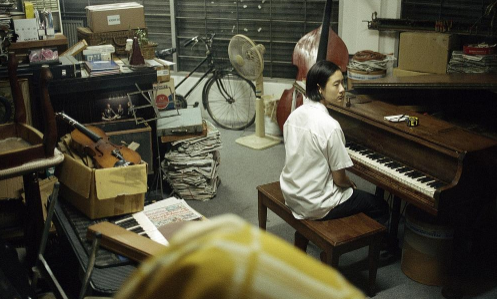 Regarding the psychological changes of the protagonist Qin: In fact, the whole story is about breaking away, the shady interspersed time and time, telling the audience the first steps of breaking away, it seems that they are all very firm and ruthless practices, but in fact the film In the end, it was indeed the heroine who struggled and shaken inwardly. At the beginning of the film, Qin agreed with the Japanese female anchor in the video. When sorting out the old things, it seemed to be very popular and did not bring old thoughts, but after really opening the old things and meeting a deceased person, there was a series of dialogues, but the attitude changed a little. The house is not as small as Japan, so do n’t leave it at all. ” And in the end, although the piano physically cut away the original old objects, whether it is the father ’s piano or a family of four photos and their own old objects, but from the close-up view of the piano at the end of the film, there is actually nothing in my heart lay down. We can even speculate that the sense of loss caused by throwing away these items is actually more profound than letting these items leave people. Just like the relationship between Qin and Ang, Ang's heartfelt words are destined to leave a deep mark in Qin's heart. This sense of self-blame and guilt will be accompanied for a long time.

On the path of selfishness and choice: the dialogue between Qin and Ang in the film is actually worthy of careful taste. Especially in the last conversation, Ang bluntly said that Qin came to apologize the day she was very angry, and she apologized only for herself To Ang, he seemed to have to choose to forgive, otherwise he would be the unreasonable person, as if all guilt would be imposed on him. Here is really the voice of those who are hurt, that is, after the perpetrators apologized, why must they choose to forgive, not to forgive them is their problem. How could the trauma and shadow brought to my heart over the years be made up with a few words of apology? So Angkor said, "Just remember that you are selfish and continue to live your life. Don't worry, everyone is like this, we must choose the best thing for ourselves. When we see what we want to see, remember what we want to remember , But that's it. "

"Don't Look Back" is the last step in the film's interruption and arranging method, which is perhaps the most rational and optimal approach for achieving personal achievements and progress. But as complex and emotional humans, we may never be able to do this. Tan Rong Guatanari blends idealized self-actualization and emotional complexity in the story clues, presented in a clean and light comedy way in the first half of the movie, with fresh sketches but not sweet. But the second half spent more space on love cues, too many farewell dialogues and crying scenes made the rhythm obviously dragged down, and some fell into the sentimental clichés.

The director miscalculated his directing skills and the appeal of the female lead. "I was very angry when you came to apologize. It felt like I didn't have to be responsible after the apology, so I had to forgive you, right? If I don't forgive you, it's my problem, it's no longer your problem. It ’s as if you put all your guilt on me, and then you go away. "
You must log in or register to reply here.