The Mandalorian season 2 is on hold with Rosario Dawson starring

Ahsoka Tano would be making her live-action debut in the upcoming second season of Disney Plus’ The Mandalorian and that she’ll be played by Rosario Dawson. Star Wars fans lost their minds over the announcement, but though it’s been widely reported, it’s important to note that Lucasfilm has yet to officially confirm the casting. Neither has Dawson commented on the story. At least, until now.

In a new interview with Variety, the Luke Cage actress was asked about the reports of her traveling to that galaxy far, far away to portray Ahsoka. As you’d expect, the actress was careful not to say anything one way or the other, but she did make clear that it’s a lifelong dream of hers to join the Star Wars universe.

“The two universes, Star Trek and Star Wars,” Dawson says. “I get in those two, I’m telling you, man, that’s it. I will just retire. And then I can just concentrate on going to school and running for office. That would be it.”
Click to expand... 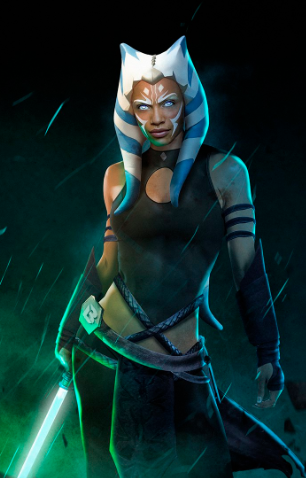 When pressed for a bit more information, the star stressed that all she can say is that whenever she gets a Star Wars gig, she’ll be over the moon.

“That’s no confirmation yet but when that happens, I will be very happy. I’m very excited for that to be confirmed at some point.”
Click to expand...

Dawson also added that if she did manage to get the part of Ahsoka, it would be “a million and one percent because of the fans,” thanks to them campaigning for her to play the character in live-action for years. For instance, through fan art – an example of which you can see in the gallery above.

Like everything else, production on The Mandalorian season 2 is on hold, so we may have to wait until filming resumes and Dawson is snapped on set to receive 100% confirmation. But rest assured, all the signs are saying that Ahsoka is coming to live-action very soon.

Good news
You must log in or register to reply here.

Saturday at 12:20 AM
jowlgek
J
A
Joy Player Android TV APP Is there a VIP-free version?