I was watching this film few days ago. And to be honest its is one of finest film of Coen Brothers. Everything in this film is pitch perfect. Now while watching any movie, I'm sure it happens to everybody, like at one point you ask yourself — What the hell that it means? Why this scene was there? What did that have to do with anything? Why wasn’t that edited out? Yes. Its common when you're watching great piece of art. 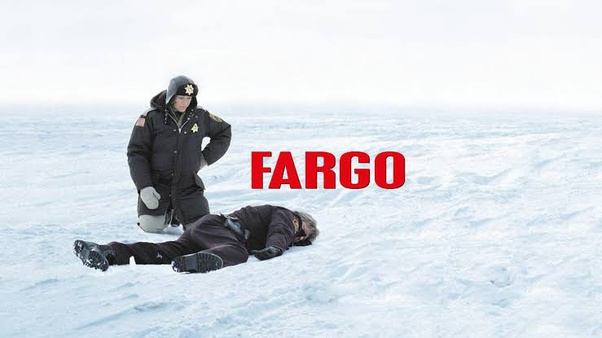 What the hell that it means?

Let me describe the scene for you-

The scene is between central protagonist Marge Gunderson (7 month old pregnant policewoman) and awkward Asian-in-Minnesota Mike Yanagita. a former classmate who calls her out of the blue and excitedly asks for a reunion.

Everything was going fine and then Marge asks about his marriage life and kids?

Then he moves across the table and sits next to Marge, putting his hand on Marge's shoulder

Marge didn't liked that so she says

He moves back and apologies

Marge says not to take it seriously

Then he continues and says he was married to a girl named Linda Cooksey and after marriage they found that Linda had Leukaemia (Cancer), they had very tough times and after a long battle she died.
Last edited: Apr 17, 2020

The scene feels as uncomfortable as Marge looks.

After the scene was finished i was wondering what the fcuk was that? What's that even mean?

Movie is about Jerry

Character of Mike has no connection to any other characters. The scene is his only appearance in the film.

As the movie progress Marge receives a phone call from her friend and somehow they get to talk about Mike and his dead wife. Her friend (On the other side of phone) tells Marge that Mike was never married to Linda. She says Mike has some mental problems.
Last edited: Apr 17, 2020

Marge was shocked to hear this and so was I.

Now take a good look of this man again.

What do you think about this guy? Now we know about his mentall illness so we can say that this guy is sick but from his pleasant and charming appearance he looks like a gentleman, he looks like a man who can be trusted.

And his appearance is the most important thing in the film.

Fargo is a film about Duality of man.

Its a film about people using their Nice appearances to mask dark feelings and unrest. All of the film's characters are greedy and eager. This duality of man has thematically relevant to the film as a whole.

Now just before weird introduction of Mike, Marge had stopped by a car dealership to talk with Jerry .

From appearance he looks like calm and stable man but he is not. He hires two man to kidnap his wife so that he can ask for good amount of money from his wealthy father in law.

Coming to the scene by his pleasant appearance Marge took Jerry at his word when he told her no cars had recently been stolen from his lot. (Of course, the truth is that he stole the car and the murders are consequences of a kidnapping he commissioned.)

After her interaction with Mike, Marge is reminded that face value often holds no value

and soon revisits Jerry for another interview.

Mike's scene may be independently valueless,

But it gives the hints about the main story and its other characters . As i said Its a film about people using their Nice appearances to mask dark feelings and unrest.

Take the beautiful weather of the movie. It looks like a Paradise. Weather is also like one of the Character

No Hard feelings
Last edited: Apr 17, 2020
You must log in or register to reply here.