The science bugs in Underwater movie 2020

The scientific setting of this film is really rotten, and anyone with some scientific knowledge can't stand it.

The first is diving equipment. Now the Mariana Trench under the Jiaolong can only use the spherical crew cabin, and the porthole glass is several inches thick; the hard wetsuit in the film can withstand the water pressure of tens of thousands of meters, and the helmet with a thickness of a few millimeters can actually resist thousands.

Atmospheric pressure.
The second is the building structure. For buildings with inconsistent internal and external pressures, such as space stations, submarine tunnels, highway and railway tunnels, cylindrical and spherical structures are generally used to avoid structural instability and damage caused by stress concentration; the film cannot be a living area, control center or elevator car The cabins are all box-shaped, and there is no compression structure design that deep sea facilities should have.


The access door is also a thin layer of iron sheet, which can actually carry 10,000 meters of water pressure. Once again it is an energy issue. The mining workstations all use nuclear fusion as energy, and they have to go to the sea floor to extract oil tens of thousands of meters. Are mining companies stupid?


In addition, the Mariana Trench is the place where the Pacific Plate and the Eurasian Plate collide. It should not be a sedimentary stratum, and there is no oil; it is a little reliable to say that it is mining geothermal energy, but there is no need to go where to extract geothermal energy. Isn't the ridge a better place? 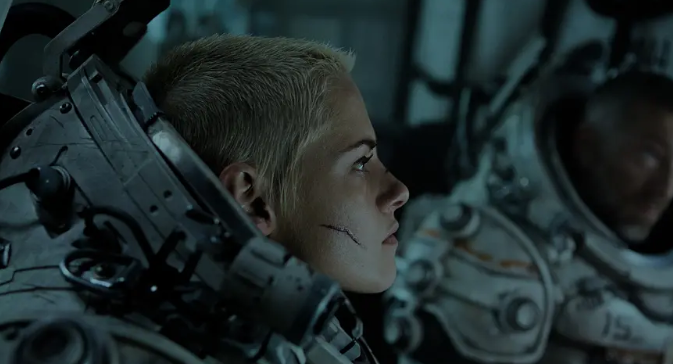 Regarding diving suits and building structures, as my major is related to this, I would like to say a few more words:

Under the tens of thousands of meters of water, the external pressure is thousands of times the standard atmospheric pressure. If the internal and external pressures of the diving suit and the building are the same or not very different, then the diving or hard type is not a problem, you do not need to consider pressure problem, the structure of the building does not need to resist the stress caused by the pressure difference, and a square structure can also be used; but at such an air pressure, if humans breathe air, the problem of blood dissolved gas can be fatal.

And if the inside is one or several atmospheric pressures (seemingly set in the film), then to resist the pressure difference of thousands of atmospheric pressures, the best solution for the building is a spherical structure, if it is angular or elliptical, it must be due to stress concentration Causes structural instability, unless it takes a lot of materials to resist stress, it is extremely uneconomical from an engineering perspective; as for diving suits that require flexible movement, such a strong pressure difference, the bearings that do not leak but also move flexibly are basically Impossible-modern materials are much more advanced in low-pressure environments (space) than in high-pressure environments.

As for the so-called Cthulhu monster that makes a lot of people GC, that is part of the plot, not the background setting, nor the science, which is beyond the scope of this article.

Monster + claustrophobia, similar to "Alien" sci-fi B-class film, and the director estimated to have played "Dead Space", from the environment to clothing and weapons, all have the former style.

It's rare to be able to make such a film in this era, but it's really not fun to be a PG-13. Either as "Giant Tooth Shark" highlights the visual hunt effect, or as "Red Sea Magic" is horrible and bloody, and the result is 80 million cost? Mr. Ke is bluffing, but the overall effect is not as good as "Extremely Cold" 20 years ago. No wonder the box office failed
You must log in or register to reply here.