TV smarties have been gracing our television screens, showering us with their brilliance for a long, long time. And while some may be nerdy and others may be evil, their genius is undeniable. But which of these brainiacs really is the sharpest tool in the shed? That's what we're aiming to find out today: 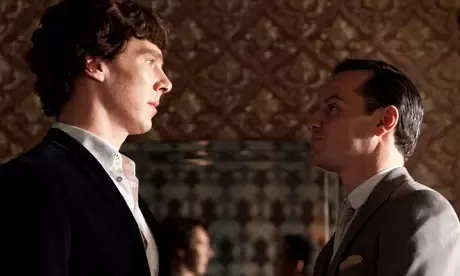 These names needs no introduction does it?
The adaption of Sir Arthur Conan Doyle's Sherlock Holmes could not have been done better by Mark Gatiss and Steven Moffat.
The flair and intelligence with which Sherlock Holmes is portrayed in this TV series would have made Sir Arthur Conan Doyle proud.
And to come to Moriarty , he is now regarded as one of the best villains ever.
He is the only one who matched Sherlock's intelligence if not better it.
He is the only one to push Sherlock to the boundary where he had to pull up his socks and come up with the best strategies to beat Moriarty.

Death note is a manga series which I happened to see when i read about it on Quora.
This TV series again like Sherlock pits two geniuses against each other in their quest for supremacy.
Light Yagami tries to avoid being caught as being the serial killer of criminals "Kira" and World's best detective " L " is given the task to uncover the identity of Kira and put him to justice.
This battle of wits leads to numerous twists and turns where they both push themselves to the boundaries of intelligence where each decision has several consequences.

Quote by L- “Misa: I can't imagine a world without Light!
L: Yes,that would be dark.”

Quote by Light- "“There is no heaven or hell.
No matter what you do while you're alive, everybody goes to the same place once you die.
Click to expand... 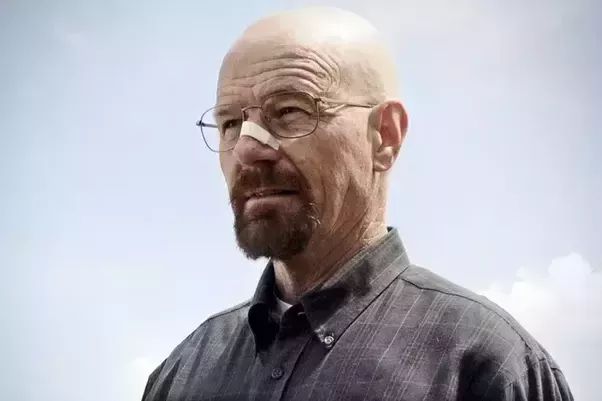 A Chemistry teacher from Albuquerque who is diagnosed with cancer which leads him to a tumultuous journey where he runs a meth lab and has to face the competition and animosity of several players in the drug business.
He makes clear minded far-sighted decisions about how to maintain this secret identity.
His mind is worked up often to save himself and his family.

Quote by Walter White- "You clearly don't know who you're talking to, so let me clue you in. I am not in danger, Skyler. I AM the danger. A guy opens his door and gets shot, and you think that of me? No! I am the one who knocks!"
Click to expand...

He is the protagonist of CBS show " The Mentalist " where he is an independent consultant for CBI(fictional) and solves cases with his keen power of observation in his quest to catch the serial killer " Red John" who killed his wife.
His knowledge and presence of mind coupled with his unorthodox decisions and killer charisma sums up to an entertaining offering.

Quote by Patrick Jane- "Revenge is a poison. Revenge is fit only for fools and madmen."
Click to expand...

Quote by Francis Underwood - " For those of us climbing to the top of the food chain, there can be no mercy. There is but one rule: hunt or be hunted."
Click to expand...

There are many more which other people would write about maybe.
Last edited: Apr 17, 2020

This question deserves a 2 part answer.
First, characters on TV who are portrayed as "smart", either academically or street smart.
This is a fairly easy job. Pick up any TV show, look at the ones throwing around most punch lines and the ones wearing the slickest of suits (or nerd tees in some case).
Some characters that i can think of right at the moment are Sheldon, Leonard, Raj, Howard, Bernadette ( basically the entire cast of Big Bang Theory). They are scientists or engineers and do pretty decent work.
Characters of Sherlock and Dr. Watson in Sherlock Holmes; Ted and Barney in HIMYM; Ross in FRIENDS, have proven their smartness in one way or the other.
Dexter, Hannibal and other sociopaths deserve honorary mentions as well. Killing requires a certain level of smartness.

Second, the actors who are ACTUALLY smart irrespective of the characters they play.
You have to give it to Rowan Atkinson (partly because he was the only one whom i could think of while writing this)
He has a degree in Electrical Engineering and being an Electrical Engineer myself, i have a certain liking for him.
Not to forget that he played probably the stupidest characters of them all, Mr. Bean and that requires one to be extremely smart.
You must log in or register to reply here.

Yesterday at 1:02 AM
Samuel Miller