In December 2018, Turkish director Nuri Big Ceylon appeared at the Hainan Island International Film Festival as a guest carnival hosted by the movie watching media. In a forum event for more than an hour, Ceylon director shared his mentality changes over the past two decades of film creation. No matter whether he used to do it with his own hands, or now he calmly and freely pays attention to experience, he has left too many stories on the screen worthy of repeated chewing and aftertaste. Interestingly, in the face of the world of light and shadow, the Ceylon director has always humbly claimed to be a student. 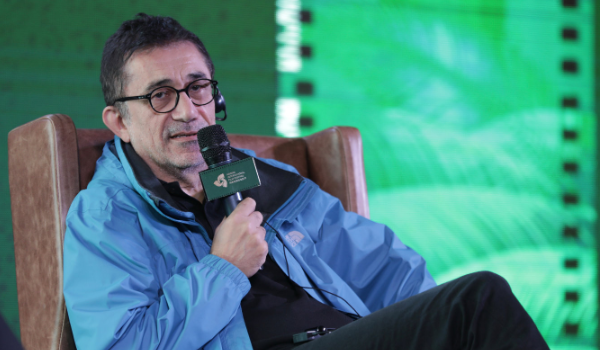 [Loyal to his eyes]

■ When movies around the world converge, how do you stick to your movies?

□ I just do the movies I want to make. I do n’t really know what my movies look like. I just want to be faithful to the way I see the world.

■ But your unique style allows us to see the regionality and the present. The most beautiful thing is that you can see the present and the long history of Turkey from your world. This is your unique observation.

□ I didn't deliberately pursue style, I just wanted to work hard to describe the world I saw. The world I felt naturally formed this kind of movie style. To perceive this world, you need to belong to your unique way.

■ There is a clear distinction between film and television formats. Movies, online movies, small videos, short videos, people's understanding of movies is becoming more and more narrow, how do you understand the word movie?

□ I have no definition. Every year, new directors appear and create new movies that you can't imagine. I don't think movies can be clearly defined. I think I am still a humble student, and I have to understand the film more deeply. I don't feel like a master.

■ Everyone has a saying about your movie, Ceylon's movies are particularly literary. Literature and film are two ways of expression. How do you perfectly fit the two ways?

□ I like literature very much, even better than movies, but I have only changed one work, which is a short novel by Chekhov, and I adapted it into the movie [Hibernation]. There are also literary references in other movies, but they are not completely adapted. Literature and film are two different media. Literature has its advantages because it allows you to imagine more freely.

In the process of making a movie, you may not need everything to be very clear, because ambiguity is also a necessary feature of the movie, so that the movie can express a deeper meaning, so that it can more effectively trigger the audience's imagination force.

■ Like you will use a long lens to show the process of apple falling. Because literature gives people a very rich imagination, movies sometimes limit the imagination through images, but your lens delivers a variety of effects to us. Is this the effect you want to pursue?

□ The lens of the apple drop you just mentioned was shot in Anatolia. This is the location I often use for movies. There, in fact, we will expect how Apple will fall, these shots are meaningful to local people. I think this is a metaphor for the whole movie, even for the whole life. For me, if adding a long shot is a very reasonable thing, then I will do it. The rationality and ambiguity are very fancy to me. Perhaps most people's feelings are not completely consistent with mine, but I think it is completely reasonable.

■ As of now you have made 8 movies, what is your creative journey? Has there been self-doubt, or did you feel pain?

□ Ceylon: I have always felt pain, and creation has always been a painful process. But I feel the most painful thing is to create scripts and shooting, especially the latter. During the filming, I had to get up early and watch the script every day to see how many days were left for the filming. Some people say that making a movie is a work of cooperation, but I feel lonely every day on the set because no one understands what I want to express or what I want to explore.

As the so-called loneliness in the crowd is worse than the loneliness of a person, this is how I feel on the set. Everyone looks at the watch from time to time, thinking about when to close the work; the only thing that really cares about what this movie will be like is the director. I think the young directors present here should also have a deep understanding of this.

■ How to deal with your creation and life?

□ I didn't do anything on purpose. My movie production and life are the same. I will write a script with my wife. This is a very good experience, but it is difficult. When you write a script with your wife, her voice will be very large, sometimes she has to insist on something, and we often quarrel. What can I do? She is the best person I can find.

■ As a director, how did your expression form, is it related to your childhood environment?

□ When I first started making movies, I focused on familiar things, my own personal impressions and memories, and I was both nervous and scared. Recently, I feel that I have more courage and self-confidence to go into a relatively unfamiliar field. If in the early films, I was describing my childhood and experiences, then the current film has become an exploration to understand myself and human beings. The most fundamental thing about the film is to understand the person.
You must log in or register to reply here.