Tutotial: How to move Nintendo Switch games from the console to the SD card

Nintendo just updated the Switch with a useful new feature — namely, you can finally transfer some (though not all) of your game data from your console’s internal memory to the SD card. Here’s how you can do that.

The Switch has long lacked — and desperately needed — the ability to transfer data from the console’s system to the microSD cards most Switch owners use. Before now, the only way to “move” your game data would be to completely redownload it. Given how many games are currently on the Switch, it makes sense that you’d rather have the bulk of them be on the card. If you have enough room on your system memory, you could also in theory use it to transfer games from one SD card to another using the Switch’s system as an intermediary.

So if you want to transfer your game data to your SD card, how do you do it? Here’s a quick guide. (Side note: the fact that the Switch doesn’t support screenshots within its settings is a continued thorn in my side, but hopefully these pictures will suffice.)

First, this should go without saying, but I’ll say it anyway: make sure you have the latest system update. Once you’ve done that, go to your Settings (represented by a gear, natch) on your Switch menu and find the Data Management tab. You’ll find the new option, “Move Data Between System/microSD Card.” Yeah, they’ve made it that simple. 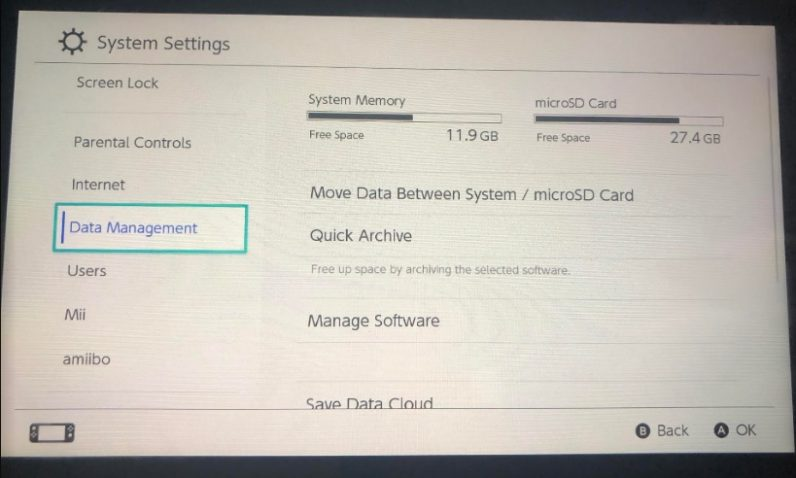 The Switch will show you which games are available to transfer — the list will include every game on your console, but the ones already on the destination will be greyed out. You can select as many games as you’d like to transfer, and it’ll show you how much space it’ll free up in the display. We’ll use Bayonetta as an example. It’s the only game I currently have installed on my system memory, and as this screenshot shows, it’s taking up quite a lot of space. So might as well kill two birds with a stone and transfer it to my SD card. 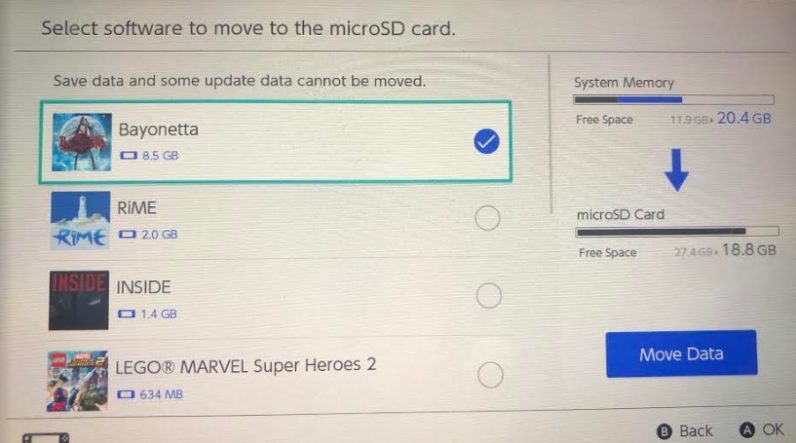 Once you’ve selected all the games you want to transfer, select “Move Data.” You’ll be prompted to confirm the move, and the transfer will begin. 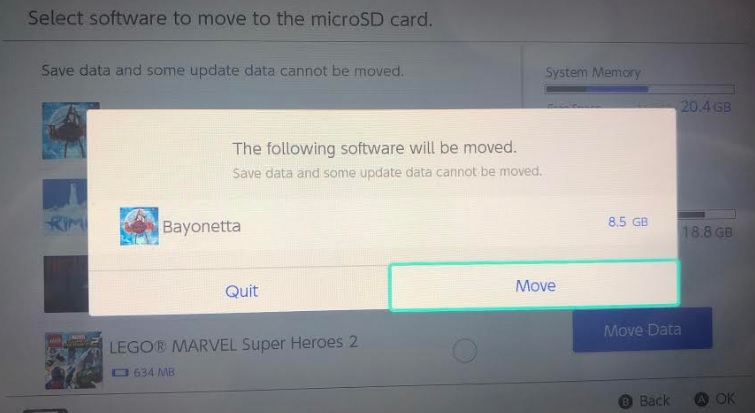 Oh, and be warned that, depending on the size of the game, this could take you a while. Bayonetta took five minutes to transfer completely one-way, though it was a pretty massive game, as stated. You’ll see a progress bar pop up showing you how much of the game is left to transfer.

And that’s it! Now you can move your Switch games around to your heart’s content. Good luck!
Last edited: Apr 17, 2020

thx for sharing this
You must log in or register to reply here.

Wednesday at 1:27 AM
Milabobo
M