Persistent patterns in an area of an OLED TV result in image residue, because a small area of organophosphorus luminescence points age too quickly.
Large OLED screens on TVS are actually easier to appear Screen burn-in than small OLED screens on phones.
Is it true that certain OLED TV manufacturers have solved the problem? -- nonsense, of course.
Nothing less than pixel displacement, the more aggressive ABL (automatic brightness limit), and "refresh" to speed up screen aging.

Is it true that OLED TV manufacturers say OLED TV and LCD TV have the same life span? This is true, the life of the TV refers to the "screen center maximum brightness attenuation of the factory half the time", whether the burning screen or single color point premature aging, do not affect the life of the TV.

2.Brightness can not get up nor go down

OLED TV has many advantages, such as self-illumination, pixel-level light control, wide viewing Angle, high color gamut, fast dynamic response and infinite contrast, etc., which make the OLED TV display more vivid, three-dimensional and textured. For gamers, the 2ms grey scale response time of an ips LCD esports display, which sacrifices quality, is a joke in front of an OLED screen. So does OLED TV have drawbacks in terms of picture quality?

There is: OLED TVS don't light up and don't get dark

"It doesn't light up and it doesn't get dark." this is actually the word I used to describe an IPS hard-screen TV, but later I found that it can also be used for an OLED TV

2.1. Don't get dark
It refers to the voltage instability of OLED pixel points when the brightness is low, which may lead to the phenomenon of dirty screen and dark shadow dragging (the response time of the voltage instability of luminous points is doubled). OLED phone screens use PWM dimming to improve, but OLED TVS are all DC dimming. Dark to a certain point, can only show as pure black, gray scale excessive. It makes the dark part of OLED TV not as good as high-end va-screen LCD TV, commonly known as "dead black".

Under the normal viewing environment brightness, the dark scene performance of high-end VA soft screen TV is generally better than that of many OLED TV, with more dark details. Twenty years ago, the opening credits of Japanese anime warned us to keep the room bright while watching. 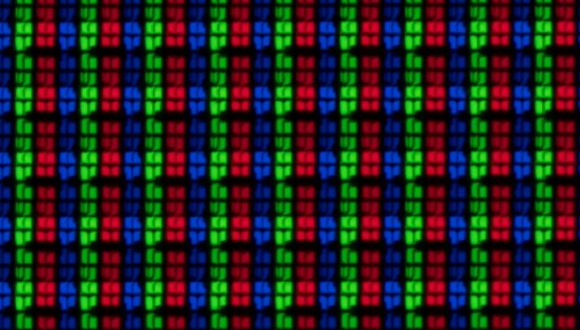 The brightness performance of OLED TV LG C9 is shown in the figure. The luminous point of organophosphorus material in OLED TV is very fragile, and the brighter the sooner the aging, so there is ABL. Although OLED TV can reach the peak brightness of more than 800 nitts and can display bright point light source, but once the highlight scene occupies more than 25% of the screen, the peak brightness will drop dramatically, 50% of the area is only one third of the peak, unable to display bright surface light source.
Last edited: Apr 17, 2020

Anyway OLED is the best choice for people like me staying at home at night watching Movies on TV
You must log in or register to reply here.